begin quote from:Storm chasing tour has a 'very unfortunate incident' with a Kansas tornado
In the wake of a devastating EF-4 tornado Tuesday that tore through the western suburbs of Kansas City, a tour company got an ...

Email ThisBlogThis!Share to TwitterShare to FacebookShare to Pinterest
Labels: Storm chasing tour has a 'very unfortunate incident' with a Kansas tornado

The trade war comes to Walmart, Target and Macy's

The trade war comes to Walmart, Target and Macy's 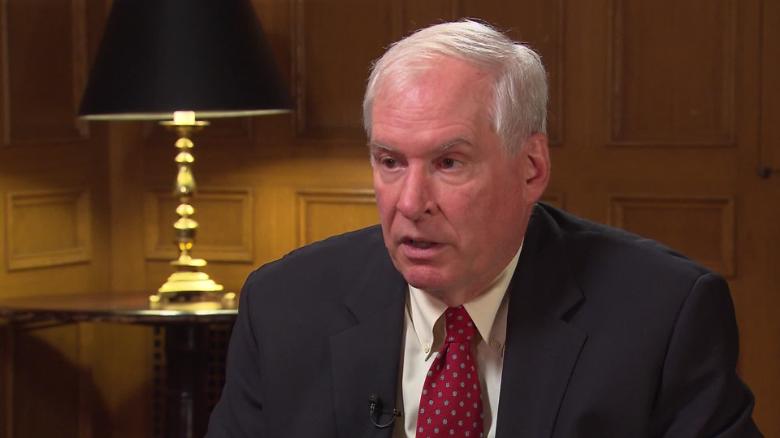 Petraeus: Don't expect a deal with China too soon

Why the market freaked out when Trump tweeted about trade

Jamie Dimon: Trump's strategy on tariffs might have worked

How Trump's trade war with China could backfire

Boston fed president: Tariffs have potential to slow down the economy

What blacklisting Huawei means for the US-China trade war

How tariffs are hurting US lumber

Here's how much more you may pay with Trump's tariffs

Petraeus: Don't expect a deal with China too soon

Why the market freaked out when Trump tweeted about trade

Jamie Dimon: Trump's strategy on tariffs might have worked

How Trump's trade war with China could backfire

Boston fed president: Tariffs have potential to slow down the economy

What blacklisting Huawei means for the US-China trade war

How tariffs are hurting US lumber

Here's how much more you may pay with Trump's tariffs

New York (CNN Business)America's top stores and consumer brands have avoided serious damage from the prolonged US-China trade clash. But tariffs are starting to bite the retail sector.
Earlier this month, the Trump administration hiked tariffs to 25% on $200 billion worth of Chinese goods. The tariffs applied to consumer products such as luggage, mattresses, handbags, bicycles, vacuum cleaners and air conditioners. Additionally, the Trump administration has threatened to expand tariffs on Chinese imports to an additional $325 billion in goods — including toys, clothes, shoes and consumer electronics.
Although major retailers have developed strategies to blunt the impact of tariffs so far, they warned that the trade war is impacting business. Shoppers will bear many of those costs.
Walmart, Target, Home Depot, Kohl's, Macy's (M) and others said over the past week that the tariffs have forced them to either alter their financial outlooks, remodel carefully-crafted supply chains or consider raising price tags for customers. 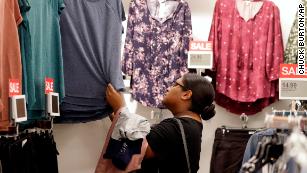 Despite a bold approach, Kohl's struggles to escape department store woes
"We're concerned about tariffs because they lead to higher prices on everyday products for American families," Target chief executive Brian Cornell told analysts on Wednesday.
Home Depot (HD)said new 25% tariffs will add $1 billion to its costs. Kohl's (KSS), which imports about 20% of its merchandise from China, lowered its guidance for this year in part due to higher costs from tariffs.

Retailers argue higher costs from tariffs will force them to make a tough decision: Take up prices for consumers or eat the costs and take a profit hit. Most say they'll raise prices, although it's unclear when consumers might see higher costs on the shelves or by how much.
"We can assure you that any increase in the cost of importing shoes has a direct impact on the American footwear consumer," Nike (NKE), Adidas (ADDDF), Foot Locker (FL) and DSW parent Designer Brands (DBI) wrote in a letter to the administration on Monday. Proposed tariffs on shoes coming from China would be "catastrophic" for consumers and the footwear industry.
AutoZone (AZO) CEO William Rhodes said his company would raise prices for consumers if tariffs increased the costs of buying auto parts.
"If we do, in fact, experience higher costs, it will be our intention to pass those higher costs on to our customers," Rhodes told analysts Tuesday.
Walmart (WMT) also said it will raise prices on some products as a result of the Trump administration's tariffs on Chinese goods. 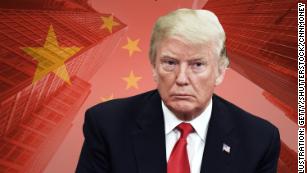 US importers stuck with Trump's latest China tariffs
"We're going to continue to do everything we can to keep prices low. That's who we are. However, increased tariffs will lead to increased prices, we believe, for our customers," Walmart financial chief Brett Biggs told reporters on a call after the company's earnings last week.
Tariffs were a major focus during retailers' latest batch of earnings. Twenty-nine retailers on the S&P 500 mentioned "tariffs" on analyst calls over the past three months, compared with just seven during the same period last year, according to a FactSet analysis.
However, the Trump administration dismissed the effects of tariffs on shoppers.
Treasury Secretary Steven Mnuchin said Wednesday at a House committee hearing that he doesn't expect there will be "significant costs" for consumers. "I don't necessarily agree with that," said Mnuchin when pressed by Democrat Rep. Cindy Axne of Iowa on whether prices of consumer goods would be higher.
With global supply teams and enormous scale, Walmart, Target (TGT) and other big-box retailers are in better positions than most companies to handle tariffs.
Cornell, Target's CEO, said that the retailer's wide range of merchandise was a "competitive advantage" and allowed it to balance the impact of tariffs "in ways not available to a single-category retailer."
Still, an additional 25% tariff on all merchandise coming from China would wipe out all retail earnings growth over the next 12 months, according to Greg Melich, analyst at Evercore ISI. 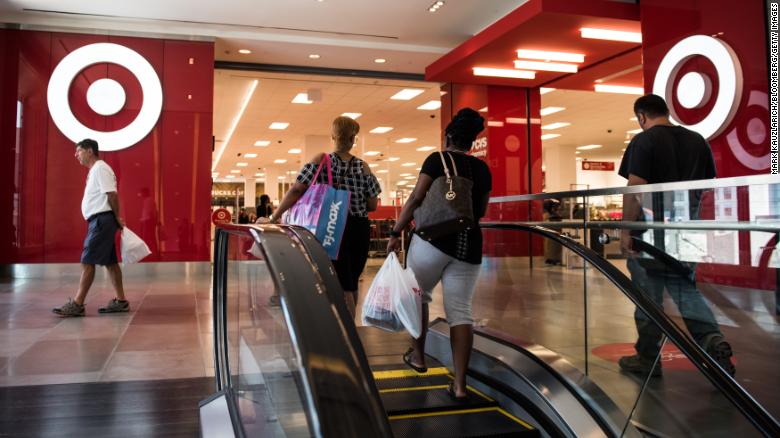 Key link in the supply chain

Retailers have bought most of their merchandise for the coming months, according to analysts. But uncertainty around trade makes it difficult for them to plan their inventory for the winter holidays, said Simeon Siegel, analyst at Nomura Instinet.
Companies are "living on the edge of a tweet trying to plan for the long term," he said. Tariffs come at a bad time for retailers already facing online disruption and rising labor and transportation costs.
Chinese labor and factories are crucial links in top US retailers' supply chains and companies say there are obstacles to quickly adjusting their intricate supplier networks.
Walmart imports 26% of its merchandise from China, UBS' Lasser estimated, while Target imports 34% of its products from China. Other companies, including sporting goods, auto parts and furniture sellers, have even greater exposure to China. Dick's Sporting Goods (DKS), for example, imports 51% of its merchandise from China, while Bed Bath & Beyond (BBBY) imports 53% of its goods from China, according to Lasser. 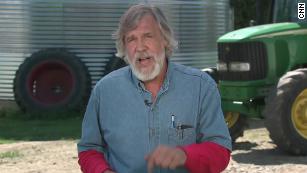 Rural America feels the sting of Trump's China trade war
Shoe companies are closely tied to China. The country accounted for 72% of all footwear imported into the United States in 2017, according to data from retail industry trade groups.
China is a "important sourcing country and consumer market for us," Nike said in its annual securities filing.
"Footwear is a very capital-intensive industry, with years of planning required to make sourcing decisions, and companies cannot simply move factories to adjust to these changes," shoe companies wrote in their letter to the administration.

Boost for Ollie's and TJMaxx

There may also be unexpected winners from tariffs in retail: discounters such as TJMaxx, Ross Stores (ROST) and Ollie's Bargain Outlet (OLLI).
Ollie's, for example, believes it will benefit from the administration's tariffs on Chinese goods. That's because more companies will have extra inventory or will cancel orders as they race to import goods from China.
"We have the opportunity to jump on it," Ollie's CEO Mark Butler said in December.
On Tuesday, TJX (TJX) chief executive Ernie Herrman said "disruptions in the marketplace" like tariffs create "buying opportunities" for his company.
Correction: A previous version of this article incorrectly reported the state that Democrat congresswoman Cindy Axne represents.
— CNN Business' Katie Lobosco and Donna Borak contributed to this article.
end quote from:
https://www.cnn.com/2019/05/23/business/china-tariffs-trump-trade-walmart-retail/index.html
Posted by intuitivefred888 at 11:45 PM No comments: