COLLEEN CURRY 14 hours ago PoliticsHealthColorado
It's legal to light up in Colorado and Washington, and soon smoking pot could be legalized across the country following a decision Thursday by the federal government.
After Washington state and Colorado passed laws in November 2012 legalizing the consumption and sale of marijuana for adults over 18, lawmakers in both states waited to see whether the federal government would continue to prosecute pot crimes under federal statutes in their states.
Both Colorado and Washington have been working to set up regulatory systems in order to license and tax marijuana growers and retail sellers, but have been wary of whether federal prosecutors would come after them for doing so. They are the first states to legalize pot, and therefore to go through the process of trying to set up a regulatory system.
Consumption and sale of marijuana is still illegal in all other states, though some cities and towns have passed local laws decriminalizing it or making it a low priority for law enforcement officers. There are also movements in many states to legalize pot, including legalization bills introduced in Maine and Rhode Island, discussion of possible bills in states including Massachusetts and Vermont, and talk of ballot initiatives in California and Oregon.
But on Thursday, the Department of Justice announced that it would not prosecute marijuana crimes that were legal under state law, a move that could signal the end of the country's longtime prohibition on pot is nearing. "It certainly appears to be potentially the beginning of the end," said Paul Armantano, deputy director of the pot lobby group NORML.
The memo sent to states Thursday by the DOJ said that as long as states set up comprehensive regulations governing marijuana, there would be no need for the federal government to step in, a decision that will save the Justice Department from having to use its limited resources on prosecuting individuals for growing or smoking marijuana.
"This memo appears to be sending the message to states regarding marijuana prohibition that is a recognition that a majority of the public and in some states majority of lawmakers no longer want to continue down the road of illegal cannabis, and would rather experiment with different regulatory schemes of license and retail sale of cannabis," Armantano said.

Richard Collins, a law professor at the University of Colorado Boulder, said that the memo from the DOJ points out specifically that the federal government will only walk away from marijuana crimes in states where there is a solid regulatory system for the drug's growth and disemenation.
For other states to mimic the systems in Colorado and Washington, they will first have to get legalization laws on their ballots or in their state houses, which could post a challenge, he said.
While Colorado and Washington have not yet set up their regulatory systems, both states will likely sell licenses to farmers who want to grow marijuana as well as to manufacturing plants and retail sellers. The marijuana will also likely be taxed at each stage of its growth, processing, and sale.
"In both Colorado and Washington, legalization was done by citizens with no participation by elected representatives until they had to pass laws to comply with the initiative. In other initiative states I would expect such measures - I would expect a new one in California, for instance - and roughly half the states permit this and the rest don't.
"In the states that do have initiatives I expect efforts to get it on the ballot. The other half it will be much tougher. It's hard to get elected representatives to do this," Collins said.
Armantano is more optimistic about the spread of legalized pot. He compared the DOJ's announcement to the federal government's actions toward the end of alcohol prohibition in America a century ago, when states decided to stop following the federal ban on alcohol sales and the federal government said it would not step in and prosecute crimes.
"For first time we now have clear message from fed government saying they will not stand in way of states that wish to implement alternative regulatory schemes in lieu of federal prohibition," Armantano said.
He predicted that within the next one to three years, five or six other states may join Colorado and Washington in legalizing the drug, setting the stage for the rest of the country to follow.
Jim Pasco, executive director of the Fraternal Order of Police, the nation's largest police union, was disappointed with the Justice Department's decision, but said that he had already reached out to set up meetings to talk with leadership in the department and he was "open to discussion" about the benefits.
"I would tell you that certainly the overwhelming majority of law enforcement officers oppose legalization," he said, "but that is not to say that we're not willing to have a conversation about it. It is, from our perspective, a gateway drug and opinions to the contrary don't have the weight of fact behind them."
"We want to talk to (the DOJ) about their thought process and ours and where the disconnect is," he said. "From our perspective the only fault with the status quo is that we aren't making a bigger dent and we'd like to make a bigger one."
end quote from:
http://news.yahoo.com/marijuana-ruling-could-signal-end-prohibition-pot-151612677--abc-news-topstories.html

Though I do think it was ridiculous for people going to jail all these years for possessing a singel marijuana cigarette. I don't think legalizing it is good for our country or for the world in general.

Though making it legal will take away the marijuana drug cartels and save 50,000 lives from murder a year in Mexico it also isn't a thing you want everyone to be doing either. It causes very bad decisions in regard to people up to 6 months after they smoke it. But, physically, other than very bad decisions it is not as dangerous as alcohol or cigarettes that each take thousands of lives each year just in the U.S.

List of motor vehicle deaths in U.S. by year - Wikipedia, the free ... 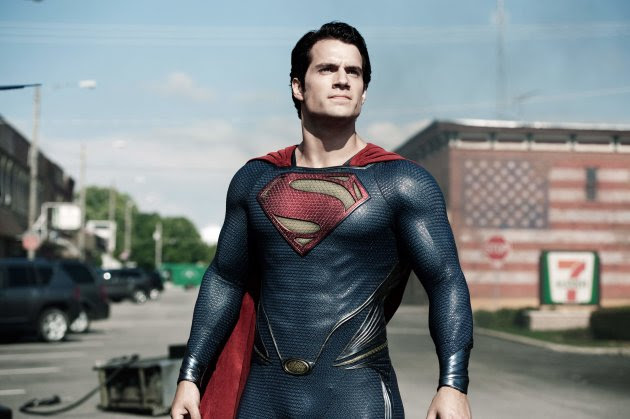 Henry Cavill in Warner Bros.' 'Man of Steel'.
Like the character they adore, "Man of Steel" fans came to the rescue, just in the nick of time.

With three hours left to vote in our Ultimate Summer Movie Poll, the favorite film fate of "Man of Steel" was very much up in the air:
"Iron Man 3" had held the lead for the previous two weeks of voting, and appeared to be destined to fly away with the Favorite Summer Movie race, until this happened:
Like Superman rescuing Lois Lane from a precariously placed helicopter ("You've got me? Who's got you?!"), the "Man of Steel" fans swooped in and saved the day, propelling the smash summer hit to its biggest accolade yet (arguably): the king of our Ultimate Summer Movie Poll.

[Related: Yahoo Movies's Ultimate Summer Movie Poll]
By capturing %38 of the total vote, "Man of Steel" lapped the Favorite Summer Movie competition, leaving "Iron Man 3" and "Star Trek Into Darkness" – both of which had been in the hunt until mere hours before – lagging well behind.
But favorite film wasn't the only race rescued by the "Man of Steel" faithful. With three hours left to vote, Jennifer Aniston in "We're the Millers" was a virtual lock to win Best Beach Bod, only to have Henry Cavill steal her sun. Benedict Cumberbatch's performance as Khan in "Star Trek Into Darkness" seemed poised to boldly become summer's Most Notorious Villain, until Michael Shannon's General Zod out-eviled him in the eleventh hour.
"Kick-Ass 2" didn't exactly kick butt at the box office, but Hit-Girl and company got plenty of hits in the Best Comic Book movie race, thanks in no small part to an active online fan base rallying support:
Alas, the "Man of Steel" fans proved more active in the end, and Best Comic Movie went to Supes as well. Fortunately, Chloe Grace-Moretz didn't strike out completely, as she easily stomped the competition for Baddest Babe.

While the official "Man of Steel" tweet may have propelled the film to a number of wins, the MoS (Movie of the Summer) was already poised to win some other races, even without the added boost. Supes (Cavill) and Lois Lane (Amy Adams) were a no-brainer for Hottest Summer Romance; Cavill's stature as Sexiest Summer Stud was never in doubt; and Michael Shannon had no contenders in the race for summer's Breakout Star.
[Related: TwiJacked! Twihards Take Over Yet Another Movie Poll]
Though it lost out on the major races, "Iron Man 3" can't be too upset. Besides winning Most Awesome Action Sequence and Biggest Shocker, Marvel and RDJ can also be comforted by the fact they won another coveted title: biggest earner at the summer box office.
Unfortunately, "Despicable Me 2," the summer's second biggest earner, didn't take home any victories. But at least Kevin the Minion did earn a respectable 2nd place in the Sexiest Summer Stud category.
For the final numbers in all 15 races, head over to our Ultimate Summer Movie Poll.
See Yahoo Movies talk to the cast of "Man of Steel":

END_OF_DOCUMENT_TOKEN_TO_BE_REPLACED

end quote from:
Posted by intuitivefred888 at 11:00 PM No comments: