Paris Accord pullout would join US with Nicaragua, Syria: Because ALL other nations are a part of the Paris accords

Paris pullout would join US with Nicaragua, Syria

Nicaraguan and Syrian representatives in the US didn't respond to CNN's requests for comment about their decisions not to become party to the Paris agreement.
Why Nicaragua and Syria didn't join the Paris climate accord
Paris Agreement on Climate Change: Why Didn't Syria & Nicaragua Join?
See realtime coverage »

Paris pullout would join US with Nicaragua, Syria

Trump on the Paris climate deal

Trump expected to withdraw from Paris Accord

What happens if U.S. pulls out of Paris climate accord?

Trump on the Paris climate deal

Trump expected to withdraw from Paris Accord

What happens if U.S. pulls out of Paris climate accord?

Washington (CNN)With President Donald Trump's expected decision to withdraw from the Paris climate agreement, the US could be about to join a very rarified club.
Nearly 200 countries agreed to the 2016 pact that would curb climate-changing climate emissions. The US would become only the third country to reject the accord -- joining a club that includes just two other members: Syria and Nicaragua.
Trump campaigned hard against the Paris agreement, and has called climate change a "hoax" perpetrated by the Chinese to gain economic advantage over the US.
After winning the election, he appointed as administrator of the Environmental Protection Agency Scott Pruitt, an Oklahoma lawyer who made a name for himself fighting the EPA's efforts on climate change and clean air, often working closely with the fossil fuel industry to do so. Trump has said often climate change isn't real 01:36
Nicaraguan and Syrian representatives in the US didn't respond to CNN's requests for comment about their decisions not to become party to the Paris agreement. If the US joins them in opposing the deal, it would make for an odd alignment -- and could be bad for US optics around the globe. Syria, of course, is waging a war against its own citizens that has raised concerns about possible crimes against humanity.
While Nicaragua raises no such issues, the Latin American country and Syria do share a significant difference with the US when it comes to greenhouse gases: scale. A decision to pull out of the pact will make the US the world's largest carbon emitter outside the Paris agreement.
Trump, asked Wednesday afternoon if he had made a decision on whether to exit the Paris climate accord, responded, "Very soon."
"I'm hearing from a lot of people, both ways. Both ways," he told reporters at the White House.

"Better being at the table than leaving"

The voluntary agreement has countries work to limit global temperature increases during this century to within two degrees Celsius above pre-industrial levels and try to limit the rise even further to 1.5 degrees Celsius.
Trump's cabinet officials, including Secretary of State Rex Tillerson and Defense Secretary James Mattis, have said that they believe in climate change. Tillerson -- a former ExxonMobil CEO -- signed an international declaration in April acknowledging the threat climate change poses to the Arctic. And during his confirmation hearing, he told senators that "I think we're better served by being at the table than leaving that table." The Pentagon takes it into account in its military planning. 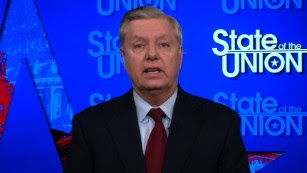 Graham to Trump: Stay in Paris climate deal 01:01
Conservative critics have praised the President's stance. Brett Schaefer, a senior research fellow at the Heritage Foundation, said, "the Paris agreement is a costly and ineffective approach to global warming, and both the diplomatic costs of leaving and the benefits of staying have been exaggerated."
But others in the conservative camp think abandoning the pact is a mistake.
"I would stay in the agreement and make it a better deal for worldwide business interests, to improve the climate, better deal for business," Sen. Lindsey Graham, a South Carolina Republican, told CNN's Dana Bash. "If he does withdraw, that would be a definitive statement by the President that he believes climate change is a hoax. Stay in the deal, make it a better deal, would be my advice."

The Pope weighs in

Throughout, Trump has continued to telegraph his ambivalence, refusing to commit one way or another during his first overseas trip this month. Throughout, the issue of climate hovered. Pope Francis gave Trump a pointed gift -- his encyclical "Laudato Si," which calls for science and religion to partner in a drive to fight human causes of climate change.
Climate came up later in the trip at the G-7 meeting where the leaders of Japan, Germany, France, Britain, Italy and Canada reaffirmed their commitment to the deal.
Trump tweeted afterward that "I will make my final decision on the Paris Accord next week!" At the meeting, CNN reported that Trump told French President Emmanuel Macron he was under pressure to back out. "A lot of people in my country are against this agreement," Trump said. 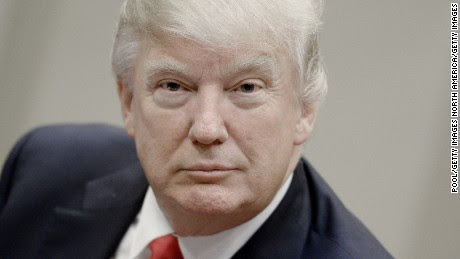 What happens if U.S. pulls out of Paris climate accord? 03:08
In reality, 69% of Americans support the Paris agreement, seven in 10 Americans say global warming is happening and more than half think it's being caused by humans, according to a January poll by the Yale Program on Climate Change Communication and the George Mason University Center for Climate Change Communication.
European leaders telegraphed their expectation that Trump would not stick with the US commitment to the deal.
"The entire discussion about climate was very difficult, if not to say very dissatisfying," German Chancellor Angela Merkel said at a press conference after the G-7. "There are no indications whether the United States will stay in the Paris agreement or not."
Derek Chollet, a former defense department official in the Obama administration, said Trump's likely withdrawal from the Paris agreement marks a dark irony.
"The irony is that in the first few years of the Obama administration, we had to spend a lot of time with the Chinese convincing them our climate change agenda wasn't a Trojan Horse to limit their economic growth," Chollet said. "We successfully worked them to the point -- and reality set in -- that they found religion and now positions have reversed. Now they're leading the charge on climate change."
Posted by intuitivefred888 at 7:46 PM No comments:

Email ThisBlogThis!Share to TwitterShare to FacebookShare to Pinterest
Labels: Paris Accord pullout would join US with Nicaragua, Syria: Because ALL other nations are a part of the Paris accords

AMMAN, Jordan - Two senior UN officials on Tuesday warned of the spread of cholera and malnutrition in Yemen, where millions of civilians have been caught in a two-year-old civil war.
Cholera outbreak kills 532 in Yemen: WHO
Act before time runs out, urges UNICEF, as Yemen grapples with 'unprecedented' cholera outbreak
See realtime coverage »
begin quote from: 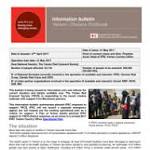 This bulletin is being issued for information only and reflects the current situation and details available now. The Yemen Red Crescent Society (YRCS) is responding to the recent cholera outbreak with support from Movement partners.
31 May 2017

Download PDF (463.72 KB)
This bulletin is being issued for information only and reflects the current situation and details available now. The Yemen Red Crescent Society (YRCS) is responding to the recent cholera outbreak with support from Movement partners.
This information bulletin summarizes planned IFRC response to support YRCS. IFRC will not launch a separate emergency appeal, but will instead use the existing operational plan as a vehicle for support. A Plan of Action details planned IFRC support to YRCS cholera response, as an annex to a revised 2017 IFRC Yemen Country Office Operational Plan.
The situation
More than two years of conflict in Yemen have left more than 18.8 million people need some form of humanitarian assistance with 10.3 million severely in need of assistance. UNHCR reports 3 million displaced.
The health sector in Yemen is on the verge of collapse. At least 274 health facilities have been damaged or destroyed.
More than half of all health facilities in Yemen are either closed or only partially functioning. An estimated 14.8 million people now lack access to basic healthcare, including 8.8 million living in severely under-served areas, 14.5 million people lack access to clean water, sanitation and hygiene services.
Since 27th April, a second outbreak of Acute Watery Diarrhoea (AWD) / Cholera cases followed a previous outbreak in September 2016. Latest information released by WASH and Health Clusters as of 27th May; indicated that:

Posted by intuitivefred888 at 7:41 PM No comments:

Yemen at present appears to be heading for something like Somalia during the movie "Blackhawk down" which is horrific for the poor people living there. It's true it is easy to blame IRan for arming the Shia Houthis that caused this mess. But now, there appears to be no hope for peace at all as SAudi Arabia buys 110 billion in arms from the U.S. to bomb Yemen and possibly Iran during the next 20 years time.

These are external links and will open in a new window

Related Topics
The United Nations humanitarian chief has said Yemen is facing "total social, economic and institutional collapse".
Stephen O'Brien told members of the UN Security Council that "urgent action is required to stem the suffering".
More than two years of civil war in the country has triggered a humanitarian crisis, with almost seven million people on the brink of famine.
A resurgence of a cholera outbreak has also resulted in 60,000 suspected cases since April and 500 associated deaths.
Mr O'Brien said the suffering of Yemenis was not a coincidence, or the "result of forces beyond our control" - but rather the fault of those involved and inaction by world powers.
"The people of Yemen are being subjected to deprivation, disease and death as the world watches."
"Crisis is not coming, it is not looming, it is here today - on our watch," he added.
Mr O'Brien said that despite "very generous pledges" at a conference in Yemen in April, the UN's appeal for $2.1bn (£1.6bn) for humanitarian aid was only 24% funded.
For the past two years, the country has been embroiled in fighting between forces loyal to exiled President Abdrabbuh Mansour Hadi, backed by a Saudi-led multinational coalition, and those allied to the Houthi rebel movement.
Al-Qaeda, meanwhile, has taken advantage of the chaos to reinforce its presence in the south and south-east of the country.
At least 7,800 people - mostly civilians - have been killed and 44,000 others injured since March 2015, UN figures say.
An estimated 18.8 million people are in need of humanitarian assistance.
Also speaking on Tuesday to the Security Council was the UN envoy for Yemen, Ismael Ould Cheikh Ahmed, who had just returned from talks in the country.
Neither side was willing to compromise, he said, and "the call for peace... is still falling on deaf ears".
"The reluctance of the key parties to embrace the concessions needed for peace, or even discuss them, remains extremely troubling," he added. "Yemenis are paying a price for their needless delay."
Posted by intuitivefred888 at 7:38 PM No comments: