I personally think they are right. Who wants a leader that isn't loyal to his own people, top to bottom. Who is going to follow this man to their deaths? No one I know of even sees him as their president but only as a fool pretending to be president.

Trump is the most dangerous president since I have been born in 1948. Nixon earned people's loyalty and he and Kissinger kept China from going to war with us by  developing them as Trade partners while he was president. This I think we all need to be grateful  that we didn't have a land or nuclear war with them already because of Nixon and Kissinger.

Trump is not a leader, he is a joke and an embarrassment and he might get everyone on earth killed because of it. (or at the very least most of us). So, if you are living in a new post nuclear war apocalyptic stone age 20 years from now you can thank Trump for overestimating his skills as a president.

Tested at home and abroad 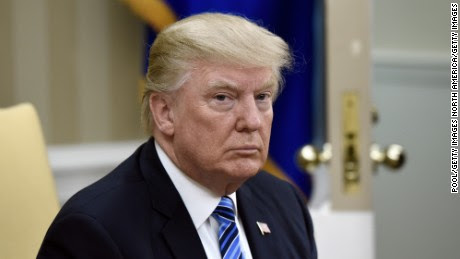 Trump's difficulties at home are seen by foreign leaders as a sign of weakness, analysts say

Haley: Ask Trump where he stands on NATO

Trump: I look forward to working with Macron

US to renegotiate free trade with S. Korea

Trump: We will handle North Korea

US aiming to cut its trade deficit with Mexico

Things Trump has said about Putin

President Trump meets with PM May

Haley: Ask Trump where he stands on NATO

Trump: I look forward to working with Macron

US to renegotiate free trade with S. Korea

Trump: We will handle North Korea

US aiming to cut its trade deficit with Mexico

Things Trump has said about Putin

President Trump meets with PM May

Washington (CNN)President Donald Trump's turbulent few weeks at home -- the palace intrigue of White House rivalries, sudden departures and legislative defeats -- have been echoed by a brewing storm of challenges overseas.
One set of problems may be affecting the other, analysts say.
North Korea is launching missiles designed to reach the US; Moscow is forcing a drastic reduction in US diplomatic staff in Russia; Venezuela is wracked by violence as its democracy dies; and Iran has been expanding its reach in Syria and Iraq.
These situations have been festering as the President, in his first seven months, has gone through two chiefs of staff, two national security advisers, two communications directors, one FBI director, a deepening investigation into his campaign's ties to Russia and a struggle to advance his domestic agenda.
Rumors that Trump would also like to replace his attorney general, Jeff Sessions, have gained enough traction that lawmakers are publicly warning him against it. They've already moved to curtail his ability to independently ease sanctions on Russia. 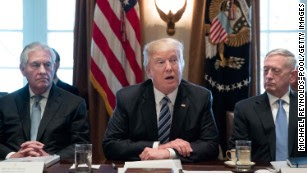 Trump on North Korea: 'We handle everything'
Some analysts say the President's difficulties at home are seen by foreign leaders as a sign of weakness -- prompting tests from adversaries like North Korea and Iran, and end-runs from allies who are now spending more time and energy appealing to Congress or directly to states on issues like climate change or NAFTA renegotiation.
"People abroad see the defeat on the Russia sanctions bill, they see the defeat on health care and they come to the conclusion that this guy is very weak," said Daniel Serwer, director of the Conflict Management Program at the Johns Hopkins School of Advanced International Relations.
Serwer said Trump is proving to be "a terrible negotiator" on the international stage, giving rivals like China and Russia concessions without getting returns.
Others say Trump is making concrete progress, comparing him favorably to President Barack Obama as the US-led coalition makes progress in the fight against ISIS and builds up its military presence along the border with Russia.
"Things are moving in the right direction," said Nile Gardiner, director of the Margaret Thatcher Center for Freedom at the Heritage Foundation. He added that many of the challenges facing the President, including getting China to apply greater pressure to North Korea, are deeply complex. 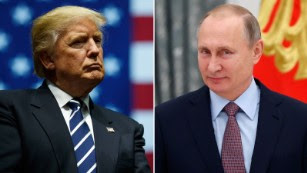 Putin hits back at sanctions bill by gutting US missions
The White House didn't return calls for comment about Trump's foreign policy slate, but Trump himself offered assurances at his second full Cabinet meeting on Monday.
"North Korea, Middle East, lots of problems that we inherited from previous administration, but we will take care of them," the President said. "We will take care of them very well. But overall I think we are doing incredibly well."
One frequent critic immediately made a link to Trump's domestic affairs. "Forgive us if we're not reassured," tweeted California Rep. Adam Schiff, the leading Democrat on the House Intelligence Committee, in response to the President's claim about North Korea. "If @POTUS handles NK like everything else, we can only expect blame-shifting, resignations and profanity."

It's complicating foreign policy matters that the White House and State Department still aren't fully staffed with advisers -- and the Trump administration's plan to cut the State Department budget by 30% means that agency will be in flux for many months to come.
The list of foreign policy challenges starts with North Korea and wraps around the globe, from Afghanistan to the Mideast, Africa, Europe and South America. None perhaps is more urgent that the North Korean threat to target the US with a nuclear missile.
In early January, before his inauguration, Trump said that Pyongyang "had stated that it is in the final stages of developing a nuclear weapon capable of reaching parts of the U.S. It won't happen!"
This July, Pyongyang test fired two ICBMs, a missile capable of reaching the US, and has threatened a nuclear strike "in the heart of the US." 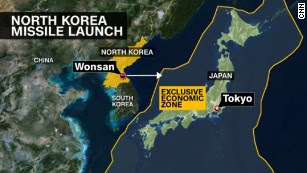 The North Korea threat: What can Trump do?
Pentagon officials said North Korea conducted another missile-related test Monday and the US detected "highly unusual and unprecedented levels of submarine activity."
At his Cabinet meeting that morning, Trump told reporters, "we will handle North Korea. We will be able to handle them. It will be handled. We handle everything." So far, the US has taken no visible steps against Pyongyang.
Gardiner points out that this won't be solved quickly, and that for decades the international community failed to find a way to stop North Korea's nuclear program.
"It's not easy to generate quick results," he says. "Clearly more needs to be done in terms of pressuring China," which accounts for the bulk of North Korea's trade. But he adds that China and Russia, both permanent members of the UN Security Council, "are very, very difficult to deal with when it comes to North Korea." 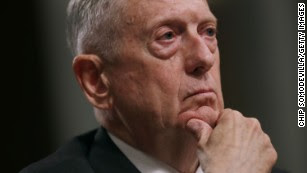 Mattis learns to play politics and navigate Capitol Hill
Trump initially tried to enlist China to pressure Pyongyang, giving President Xi Jinping the star treatment at his Mar-a-Lago estate and scaling back criticism of Beijing as a currency manipulator. For those concessions, "he's not gotten a much tougher line on North Korea," said Aaron David Miller, a vice president at the Wilson Center.
Indeed, on Saturday, Trump tweeted that he is "very disappointed in China." He went on to tweet that, "they do NOTHING for us with North Korea, just talk. We will no longer allow this to continue. China could easily solve this problem!"
Administration officials hint that sanctions may be coming on Chinese companies, banks and individuals that do business with North Korea.
Miller, who sees some of Trump's policies as sensible, says that as with China, Trump has made concessions to Russia, but the US has little to show for it publicly. The US has essentially accepted Russia's plan that Assad should stay -- or at least not be removed immediately -- and has agreed to a central Russian demand that it stop funding moderate Syrian rebels.

But Trump has followed through on an Obama administration initiative to increase the number of troops along the border with Russia in Eastern Europe and is considering sending lethal arms to both Georgia and Ukraine, a prospect that would deeply unsettle Moscow. White House press secretary Sarah Huckabee Sanders said that he's "reviewing his options" for a response to Russia's expulsion of US diplomats. So far, the White House has been silent.
In Syria, the anti-ISIS coalition is making progress in pushing the terror group out of the territory, but it is going underground and the threat it poses is evolving. Miller notes that Trump's aversion to a large increase in troops or spending huge amounts on reconstruction is consistent with cautious Obama administration policies.
Trump also faces decisions about how to approach Afghanistan and whether to increase troop levels there. 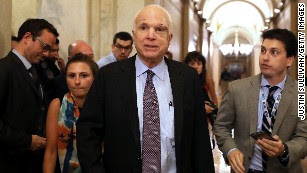 McCain threatens to give his own Afghanistan strategy to Trump
And the administration is signalling it may walk away from the nuclear agreement with Iran, a deal Trump campaigned strenuously against. That would roil the EU, with which the Obama administration reached the deal, along with Russia and China.
Gardiner says the "agreement is a failure" and should be abandoned. Miller says he "can't even begin to comprehend" why Trump would walk away from it. "So far, our anti-Iranian rhetoric has exceeded our actions," said Miller. With active military challenges in Afghanistan, Syria and Iraq, "why would you want to open another front? What possible utility would that serve?" he asked.
Posted by intuitivefred888 at 11:11 PM No comments:

Email ThisBlogThis!Share to TwitterShare to FacebookShare to Pinterest
Labels: Trump's difficulties at home are seen as a sign of his weakness by foreign countries
Newer Posts Older Posts Home
Subscribe to: Posts (Atom)