[CNN] Trump urged to use recess appointment to replace Sessions -- is that possible? 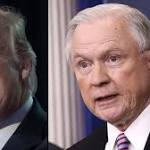 I have already written about this problem. Is it real? You bet!

Like I said in the title of my article: "If Trump does this you know he is becoming a dictator and that's all!" Because this move likely would be the end of peace between the houses of Congress and Trump. They would try to force him out then for sure if they could like Nixon was forced out too!

Trump urged to use recess appointment to replace Sessions -- is that possible?

(CNN)Is President Donald Trump trying to force out Jeff Sessions as attorney general so he can "recess appoint" someone to the job who would fire Justice Department Special Counsel Robert Mueller?
Sources familiar with the President's thinking tell CNN that he is being urged by some associates that a recess appointment is an option worth pursuing in order to avoid a messy confirmation process in the short term.
Although there are multiple political and procedural road blocks, the theory, if he could find a way to pull it off, would be to install a new attorney general while the Senate is in recess, which would allow that person to stay in place through 2018.
A new attorney general might be willing to more aggressively oversee Mueller's probe into the Trump campaign's ties to Russia or fire the special counsel outright, as Trump has suggested he wants.
But the catch is that for a recess appointment plan to work, the Senate would actually have to formally adjourn into recess, and Senate Democrats are already working on strategies to prevent that from happening.
So spooked are Democrats that the audacious Trump might actually try to pull off a switch, they are now speaking out publicly against it and double-checking long-established procedures to make sure there is not a loophole he can exploit. 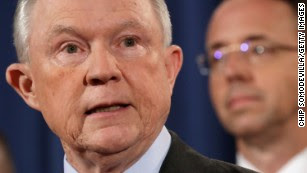 Who's in charge of the Justice Department if Sessions goes?
"All Americans should be wondering: why is the President publicly, publicly demeaning and humiliating such a close friend and supporter, a member of his own Cabinet? They should wonder if the President is trying to pry open the office of attorney general to appoint someone during the August recess who will fire Special Counsel Mueller and shut down the Russia investigation," Schumer said in a floor speech Wednesday. "Let me say, if such a situation arises, Democrats would use every tool in our toolbox to stymie such a recess appointment."
The Democratic leader pressured Republicans to make clear such a move wouldn't fly with them either.
"I can't imagine my friends on the Republican side and particularly my friends in Republican leadership -- the majority leader and Speaker (Paul) Ryan -- I can't imagine that they would be complicit in creating a constitutional crisis," Schumer added. "They must work with us and not open the door to a constitutional crisis during the August recess."
Senate Majority Leader Mitch McConnell, R-Kentucky, who vigorously defended Sessions this week against attacks from Trump, has not addressed the recess appointment issue publicly.
But GOP senators take the confirmation process seriously -- especially for critical and sensitive posts like attorney general -- and might be reluctant to clear a path for Trump to install a loyalist especially when Trump himself maybe under investigation.
Sen. John Cornyn of Texas, the second-ranking GOP leader, warned Trump Wednesday that the recess appointment idea "would be a mistake."
"I think Jeff Sessions is doing a good job, and I think it would be incredibly disruptive and make it more difficult for the President to accomplish his agenda," Cornyn told CNN's Manu Raju.
Sen Orrin Hatch, R-Utah, declined to comment on the recess appointment, but urged Trump to ease off Sessions.
"I hope that the President reassesses and figures out that Jeff Sessions is a very good man that does a very good job, and he ought to keep him where he is," Hatch said.
In the meantime, Democrats decided to "explore possibilities" to ensure Trump can't find a way to force through a recess appointment, according to Sen. Dick Durbin, the second-ranking Democrat.
"I don't know if it is serious but it has been raised in the press and now we watch what he's doing to Sessions -- trying to hound him out of the office," Durbin said. "It appears he has a plan in mind and we don't want to make it any easier."
Partisan disputes and deep distrust have prevented presidents from making recess appointments for several years. It started under the George W. Bush administration, continued under Barack Obama, and is still in place now.
Obama tried to challenge the practice when he made a series of recess appointments, despite the Senate meeting in pro forma sessions every three days. But the Supreme Court ruled against him, saying the Senate was not technically on recess unless it didn't meet for at least 10 days. 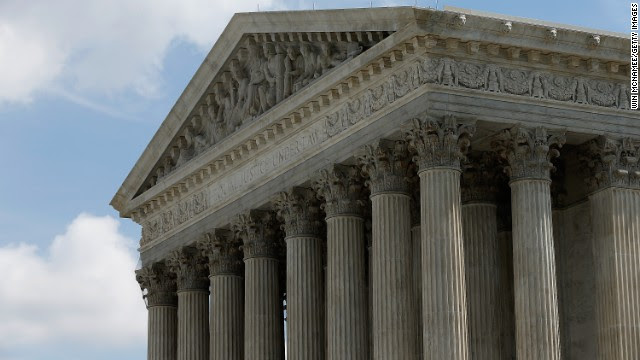 Obama loses recess appointments case 01:35
While Republicans control the Senate now, the only way they can formally adjourn -- which would set up a period when recess appointments are allowable -- is to pass an adjournment resolution. The problem is that Democrats can filibuster that resolution, which they have been doing and plan to continue to do to prevent Trump from installing a replacement for Sessions or make any other appointments.
So, as has been the case for many years, when senators are away from Washington for extended periods, a least one senator will trudge to the chamber every three days to lead a brief gavel-in, gavel-out pro forma session to prevent recess appointments.
Whether Trump tries to find a way around the court-tested practice remains to be seen.
Posted by intuitivefred888 at 12:18 AM

Email ThisBlogThis!Share to TwitterShare to FacebookShare to Pinterest
Labels: [CNN] Trump urged to use recess appointment to replace Sessions -- is that possible?