Opinion: The Trump cover-up is unfolding before our eyes

begin quote from:Opinion: The Trump cover-up is unfolding before our eyes


The Trump cover-up is unfolding before our eyes

Trump and Obama tie in most admired man poll

Gov. Cuomo: There is a scourge of hate in this country

Tapper to elected officials: What will be your legacy?

What can you expect in the Senate impeachment trial?

Trump and Obama tie in most admired man poll

Gov. Cuomo: There is a scourge of hate in this country

Tapper to elected officials: What will be your legacy?

What can you expect in the Senate impeachment trial?

In this weekly column "Cross Exam," Elie Honig, a CNN legal analyst and former federal and state prosecutor, gives his take on the latest legal news. Post your questions below. The views expressed in this commentary are his own. View more opinion on CNN. Watch Honig answer reader questions on "CNN Newsroom with Ana Cabrera" at 5:40 p.m. ET Sundays.
(CNN)Last week, we got a small but tantalizing glimpse of the explosive cache of documents that the White House has tried to keep hidden from public view. They detailed the Trump administration's withholding of foreign aid to compel Ukraine to investigate one of the President's political rivals. It was a stark reminder that the administration is keeping vital information away from Congress and the public by stifling key witnesses who have firsthand knowledge of President Donald Trump's dealings with Ukraine.
Indeed, this is a cover-up, unfolding right before us. 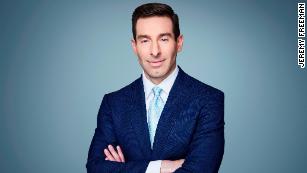 Elie Honig
The New York Times reported this week that, in late August, Trump met in the Oval Office with Secretary of State Mike Pompeo, then-national security adviser John Bolton and Secretary of Defense Mark Esper. The purpose of the meeting, according to the Times: to convince Trump that releasing the held-back foreign aid to Ukraine was "in the best national interests of the United States." Pompeo, Bolton and Esper reportedly "tried but failed" in their mission.
Here are a few things about this August meeting that cannot be reasonably contested, regardless of political ideology. The meeting was important to the overall Ukraine timeline. At that meeting, Trump discussed with his key advisers whether to release the foreign aid to Ukraine. The team of advisers urged Trump to do so, but he refused.
Whatever was said at that meeting is crucial evidence of Trump's plan and intent regarding Ukraine, for better or for worse. Pompeo, Bolton and Esper all know what happened during that meeting. And all of them have, in one form or another, honored Trump's blanket instruction to executive branch officials not to testify.
close dialog 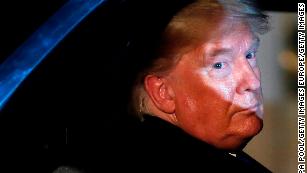 The Trump administration is hiding something
It is precisely because of the crucial missing evidence that we need a real trial in the Senate. If Senate Majority Leader Mitch McConnell succeeds in his plan to conduct a hasty impeachment trial devoid of actual evidence or substance -- and, remember, McConnell has admitted that he is acting in "total coordination" with the White House -- then, make no mistake, justice will not and cannot be served.
Maybe the suppressed documents and testimony truly exonerate Trump, or -- perhaps more plausibly -- cast doubt on the central allegations of abuse of power contained in the articles of impeachment. But unless Trump agrees to release the missing information, we will never know. Common sense, and my own prosecutorial experience, tell us that Trump is likely hiding evidence for the most common reason that anyone hides evidence in any case: because he knows it is devastating to his cause.

Karl (Arkansas): If McConnell refuses to allow witnesses to testify at the impeachment trial, do Democrats have any legal recourse?
If McConnell and Senate Minority Leader Chuck Schumer cannot reach a negotiated agreement, then Senate Democrats have limited options to compel witness testimony against the will of the Republican majority.
Senate Democrats could file a lawsuit challenging a determination by McConnell not to call any witnesses. But such a lawsuit almost certainly would fail. Courts are reluctant to intervene in what they call "political questions," and a Senate impeachment trial is a classic example. It is very unlikely that a court can or would dictate terms of an impeachment trial, given that the Constitution grants the Senate the "sole power to try all impeachments."
Senate Democrats also could request subpoenas from Supreme Court Chief Justice John Roberts, who will preside over the impeachment trial. But even if the chief justice granted a request for witnesses, he could be overridden by (or would defer to) a majority vote of the Senate, as even Schumer has acknowledged.
Given that Republicans hold a 53-47 Senate majority, Democrats would need to flip four Republican senators to vote with them to call witnesses or introduce other evidence. No Republican senator has committed to vote with the Democrats on those issues, though Alaska Sen. Lisa Murkowski has said she is "disturbed" by McConnell's open coordination with the White House on the impeachment trial -- perhaps signaling some willingness to join Democrats in favor of more fulsome trial procedures.
Debbie (Pennsylvania): If new evidence comes out between now and a Senate impeachment trial, can that new evidence be used during the trial?
Yes, theoretically, newly discovered evidence can be used during the Senate trial. There is no time limitation requiring that all trial evidence be discovered by a certain date or a specific amount of time before the trial begins. 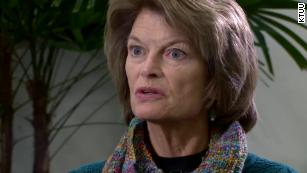 Republican senator disturbed by McConnell on impeachment 01:12
This is similar to the normal criminal process. Prosecutors have "discovery" obligations to turn over evidence to the defense, typically in advance of trial. But if prosecutors obtain new evidence shortly before or even during trial, they are not barred from using it, so long as they turn it over promptly to the defense -- and they did not intentionally delay in obtaining the evidence for tactical purposes. I've had cases as a prosecutor where we discovered important evidence during trial, turned it over to the defense and then used it at that same trial.
If new evidence does emerge, the question will not be whether Democrats can use it at trial, but rather whether the Republican majority will permit it to be used at trial (or, as discussed above, whether Republicans will agree to any evidence at all).
Susan (Texas): Is the President's attendance required in the Senate impeachment trial?
No, the President is not required to attend his Senate impeachment trial. Neither Presidents Bill Clinton nor Andrew Johnson personally appeared at their Senate impeachment trials. This is different from a criminal case, where the defendant must be physically present in all but the most extreme circumstances (for example, where a defendant has fled during trial, or where a defendant continually disrupts the trial).
While Trump certainly could elect to attend, do not expect him to be there. Just by showing up in the well of the Senate during trial, Trump would draw mass public attention to the process, which likely would not serve his political interests.
Get our free weekly newsletter
Sign up for CNN Opinion's new newsletter.
Join us on Twitter and Facebook
Nor is the President required to testify. Theoretically, the House impeachment managers -- the yet-to-be-selected House Democrats who will present the case for impeachment -- could request Trump's testimony. But that seems exceedingly unlikely, given that the House itself never sought to subpoena or interview Trump. And if he were subpoenaed for the Senate trial, Trump could either invoke his Fifth Amendment right against self-incrimination or challenge the subpoena in court.
Trump does have the right to choose legal counsel to represent him at trial. Trump reportedly will tap White House counsel Pat Cipollone to lead his defense team, with other members of the defense team to be named as trial approaches.

1) Will Murkowski break ranks and support Democratic demands for witnesses, and will any others follow?
2) Will McConnell and Schumer meet and make any progress toward a negotiated deal on the impeachment trial process?
3) Will the Senate set a start date for the impeachment trial?
Posted by intuitivefred888 at 11:22 PM No comments: