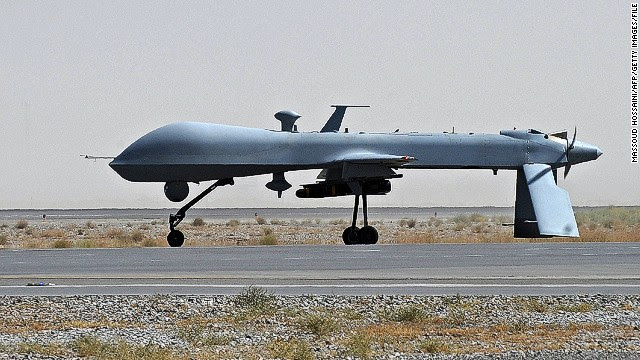 Qaed al-Thahab, the top AQAP leader in the country's Baitha province and described as a "high-profile target," was among those killed, the sources said.
They said eight missiles were launched by two unmanned drone planes targeting vehicles.
The strikes are believed to have been undertaken by the United States, which has been conducting drone strikes in the fight against terrorism. There was no immediate comment about the attack from the United States.
Offensives by the nation's army and drone attacks by the United States have reduced the terror organization's effectiveness in recent years. Al Qaeda in the Arabian Peninsula is the al Qaeda affiliate in Yemen.
The Long War Journal, a website that tracks, reports and analyzes the U.S. fight against terrorists, said the drone strike was the first in Yemen since August 10, when the United States targeted AQAP operatives traveling in Lahj province.
Drone strikes against militants in Yemen intensified a few weeks ago as the U.S. Embassy there and in other Middle Eastern and African countries closed amid terrorism fears.
After the Lahj strike, a Yemeni Defense Ministry official said that 34 people had been killed in 12 drone strikes since July 28.