According to a recent study into pregnancy, mothers who have a bad diet put their children at risk of obesity. The researchers put the link to changes in the metabolism while in the womb.
A high-fat diet while pregnant may lead to an obese child
Bad Diet While Pregnant May Alter Baby's Brain 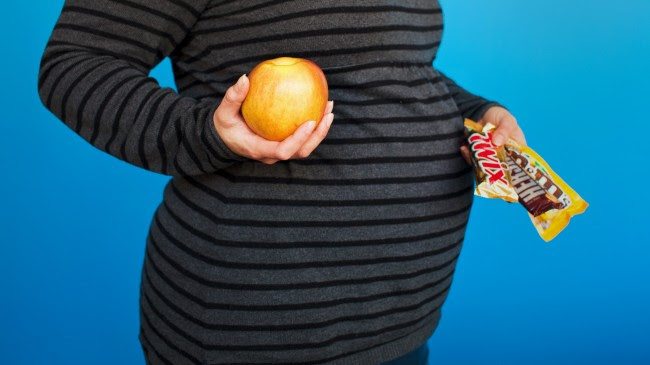 According to a recent study into pregnancy, mothers who have a bad diet put their children at risk of obesity. The researchers put the link to changes in the metabolism while in the womb. Researchers from the University of Cologne and Yale School of Medicine worked together on a study involving mice. The mothers who had a high-fat diet gave birth to pups with abnormal neural networks. The hypothalamus was also altered, which is an area linked to the metabolism. The affected metabolism led to disorders, which could lead to obesity in later life.
Along with becoming obese, the pups would remain that way throughout their lives. They also suffered from problems with the mechanism for glucose control, making type 2 diabetes more likely in the pups.
There will be differences between how humans and mice are affected, due to the ways the neural networks develop. The study explained that the neural networks in mice are under-developed when they are born. In humans, the networks are completed by the time of birth, usually in the third trimester. With this in mind, researchers agreed that it was very important for mothers to think about the food and drinks they have during the last month of pregnancy. During the study, the mother mice were given the high-fat diet while breastfeeding the pups.
Yale School of Medicine co-lead author Tama Horvath explained that there was some good news. While the pregnancy study shows there is an obesity risk from the mother’s diet, that risk can also be reversed. Mothers can control the risk by changing the food that they eat and limit the fat content.
There have been numerous studies on pregnancy and diet. One study from Jerusalem linked obese mothers to later health complications in children. The study made it clear that more research was required to understand more about the cycle of obesity between generations.
A study published in 2012 stated a junk food diet during pregnancy was just as bad as smoking. Researchers stated that eating junk food would limit the size of a baby as well as its brain growth while in the womb due to the chemicals. This is similar to smoking during pregnancy.
One of the most recent ones was about binge drinking and the affect on the health of the baby. Guardian Liberty Voice shared the details that one binge drinking session during pregnancy can cause behavioral problems later in a child’s life. The study assessed how children behaved at the age of seven and used questionnaires filled out by the mothers to link their alcohol habits to the behavior.
Horvath stated that more research is required to understand the link between poor diet and pregnancy. This is in both animals and humans.
University of Southampton staff member Dr. Graham Burdge explained that research in nutrition during the early years has been happening for 20 years, so it is something already well established. He did, however, explain that this is the first pregnancy study to show the changes in neurological circuits, which lead to the obesity risk from the mother’s diet.
By Alexandria Ingham
Opinion
Sources:
Yale School of Medicine
American Heart Association
The Sun
BBC News
Nature World News
Guardian Liberty Voice