The Radical Possibilities of Not Paying Your Student Loans 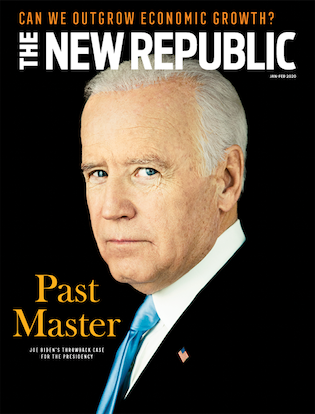 Subscribe
I left college $25,000 in debt, a fact I’m reminded of every month when an email from Great Lakes Borrowers Services informs me that “Your Automatic Payment Will Be Made Soon.” But relative to most American graduates, I got off easy: The average amount borrowed by an undergraduate in the most recent school year was $29,000, and the national debt burden comes in at a staggering $1.6 trillion, a number that feels impossible to fathom on its own. It’s higher than the nationwide total of credit card debt or car loans and second only to mortgages.

For the millions of former students struggling to make their monthly payments, debt was sold to us as the cost of a better life. And its repayment, we would later learn, was the cost of any kind of life at all. I don’t even really read the emails from my creditors anymore, since I know that the money is scheduled to come straight out of my account. My debt feels permanent in this way, unmovable.
But what if it actually wasn’t? What if we, along with millions of others, just stopped paying? The Debt Collective, part of a debt-cancellation movement born out of Occupy Wall Street, wants you to at least consider the possibility. “The power of ordinary people in the grassroots is something that I just think is undeniable,” Ann Larson, one of the co-founders of the Collective, told The New Republic. “What else could be achieved if we work together and collectivized? That’s really to me the lesson here, that big things can happen.”
The Collective is using the scale of the problem to build a massive debtors union that can take on the interconnected systems of obligation that define the average American’s finances, and what started as a fringe movement has since reframed the student debt crisis as we understand it today. As Astra Taylor, another co-founder of the Collective, wrote for The Guardian last year, the protests that grew out of Occupy “represented a watershed moment, the point when student debt went from being a personal problem to a political one, the result of decades of disinvestment in public colleges and universities that turned education into a consumer product instead of a public good.” In the years since, the activists, academics, and debtors behind the movement have won millions of dollars in debt cancellation through buying up debts on the secondary market and targeted debt strikes.
Sponsored Video
Watch to learn more
Sponsored By MIKEBLOOMBERG.COM
On Friday, taking its movement into the new decade, the Debt Collective will launch a nationwide student debt strike. So far, 250 strikers have signed on, with the hope of politicizing the millions of Americans—more than half of all borrowers—who are currently not paying their student loans, as well as encouraging others to stand in solidarity and demand the slate be wiped clean. “We are already a collectivity; we just haven’t seen one another yet,” Hannah Appel, another co-founder of the Collective, told me, referring to the nearly 45 million people who have their student debt in common. “And we haven’t understood ourselves as a collectivity with an enormous amount of power.” Come Friday, the Debt Collective hopes we can finally see each other.
The state should not “subsidize intellectual curiosity,” Ronald Reagan told reporters in 1967, back when he was just the governor of California. At the time he took office, California had one of the most pristine public university systems in the nation, but Reagan saw the universities as fertile ground for budget cuts and a happy target in the culture war he was waging. It was a two-birds scenario for the burgeoning conservative lawmaker. Attacking the public system would not only solidify his legacy as a budget hawk but would directly drain the main source of income and professional growth for both his academic and working-class detractors. He would bring this same model to the presidency. As Devin Fergus, a senior fellow at Demos and professor of African American and African Studies at Ohio State University, wrote in a piece tracing this history for The Washington Post, federal spending on higher education “was slashed by some 25 percent between 1980 and 1985,” and the Reagan administration “shifted the federal government’s focus from providing students higher education grants to providing loans.”

Email ThisBlogThis!Share to TwitterShare to FacebookShare to Pinterest
Labels: The Radical Possibilities of Not Paying Your Student Loans