Grant Gross @GrantGross
The U.S. Federal Communications Commission voted Thursday to pass new net neutrality rules and reclassify broadband as a regulated telecommunications service, but the text of the full order may not be released for several weeks. Here’s what we know so far:

What’s next?
The new rules take effect 60 days after the full order is published in the Federal Register, the official journal of the U.S. government. The FCC has some procedural hoops to clear before publishing the text, including drafting responses to the dissents by the FCC’s two Republican commissioners. So publication may not come for months.
Publication of the full text also triggers possible legal challenges to the order. Verizon Communications and AT&T have both hinted at lawsuits challenging the FCC’s reclassification of broadband as a regulated public utility, but they have to wait for the FCC to publish the rules before filing those challenges.
When the FCC approved its last version of net neutrality rules, in late 2010, it took more that three years to resolve a court challenge by Verizon. The U.S. Court of Appeals for the District of Columbia Circuit struck down most of those 2010 rules in January 2014.
What’s in the rules? Three prohibitions
The new regulations contain three so-called “bright-line” rules for U.S. broadband providers, including both wireline and mobile carriers. The first rule prohibits them from blocking subscriber access to legal Web content, applications, services and devices that don’t harm the network.
The second rule prohibits broadband providers from impairing or degrading legal Internet traffic. And the third rule prohibits broadband providers from engaging in paid traffic prioritization arrangements. Providers may not “favor some lawful Internet traffic over other lawful traffic in exchange for consideration of any kind—in other words no ‘fast lanes,’” according to an FCC fact sheet on the rules.
The first two prohibitions aren’t particularly controversial. While net neutrality advocates point to a handful of cases where ISPs have tried to selectively block or throttle Internet traffic, major broadband providers have all said they have no plans to engage in those activities.
Some FCC critics have questioned the third rule, however, saying that broadband providers should be able to determine what traffic should get the highest priority. In some cases, a paid prioritization business model may make sense—for example, a medical imaging service paying an ISP a fee to prioritize its content, critics of the rule say.
“I’m open to exploring the opportunity that [paid prioritization deals] might be something that’s beneficial,” Republican Commissioner Michael O’Rielly said Thursday. “I don’t want to prejudge it before we have some experience with it.”
A new future conduct standard
The new rules go beyond those three prohibitions, however. The rules allow the FCC to address “questionable” ISP practices that the agency hasn’t yet anticipated on a case-by-case basis. The rules will provide some guidance on the factors the FCC will consider, with ISPs prohibited from unreasonably interfering or disadvantaging consumers and edge providers, the FCC said.
The future conduct standard will allow the FCC to be a “referee on the field,” FCC Chairman Tom Wheeler said.
The commission’s Republicans criticized the future conduct standard as ill-defined. “If you are an entrepreneur, what does that mean?” Republican Commissioner Ajit Pai said. “If you are a company looking to make a splash in the marketplace, what does that mean? Nobody knows.”
Reclassification of broadband as a telecom service
The FCC’s action reclassifies broadband as a regulated telecommunications service, reversing more than a decade of agency policy treating broadband as a lightly regulated information service. The FCC would, however, forbear from most traditional telecom regulations, including price regulation and forced sharing of networks with competitors.
The commission voted to retain parts of Title II of the Telecommunications Act, the section of the law that applies common-carrier telecom regulations. The new rules include Title II prohibitions on unjust and unreasonable practices, and they retain the law’s provisions allowing FCC investigations of consumer complaints.
The new rules also retain consumer privacy rules, and they enforce pole attachment rules related to broadband network deployment.
What Title II rules are scrapped?

The FCC will forebear from applying Title II rules related to rate regulation and last-mile network sharing, the FCC said. But some critics, including Pai, have questioned the assertion that there’s no rate regulation. The prohibition on traffic prioritization deals amounts to rate regulation because it kills any possibility for that business model, Pai said.
Will there be new taxes?
Critics of the FCC’s action have warned that Title II regulation will open up broadband service to new taxes. Most notably, the Progressive Policy Institute, a think tank aligned with moderate Democrats, suggested that Title II rules will expose broadband to US$15 billion in new taxes a year.
Those projections are speculative. The think tank based its numbers on two major factors: the FCC’s Universal Service Fund and new state telecom-style taxes.
The FCC’s new rules do not require broadband providers to contribute to USF, a 16 percent fee on traditional telephone service that helps subsidize telecom service in rural areas and at schools and libraries. The FCC is looking, in a separate proceeding, at whether broadband providers should contribute to USF, so subscribers may end up paying some new fees eventually, but that decision is not directly related to the reclassification of broadband.
The reclassification of broadband may prompt some states to look into imposing broadband taxes, but a U.S. law, called the Internet Tax Freedom Act, prohibits state taxes on broadband access. State legislators would have to come up with a novel new way to tax broadband unrelated to access to impose new taxes.

by Taboola
Promoted Links
YOU MAY LIKE
How this Razor is Changing the Shaving IndustryHarry's
14 Benefits Most Seniors Didn’t Know They HadNewsmax
7 Outrageous Credit Cards For Those Of Us That Have Excellent CreditNextAdvisor
How People Are Paying Next to Nothing for Roof Solar PanelsSolar America
Graphics card slugfest: AMD and Nvidia's most powerful gaming hardware compared
Piper combines security and home automation in one package 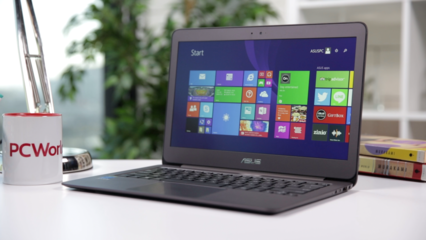 Hands-on with HP’s Sprout, an imaging powerhouse built into a very touch-friendly PC

How to get started with Cardboard, Google's DIY virtual...

Broadcom is ready for 3G Android Wear watches, even if...

The best Google Cardboard VR apps
Popular Resources
See All
Subscribe to the Best of PCWorld Newsletter
Posted by intuitivefred888 at 8:39 AM

Email ThisBlogThis!Share to TwitterShare to FacebookShare to Pinterest
Labels: The FCC's net neutrality rules: What we know so far