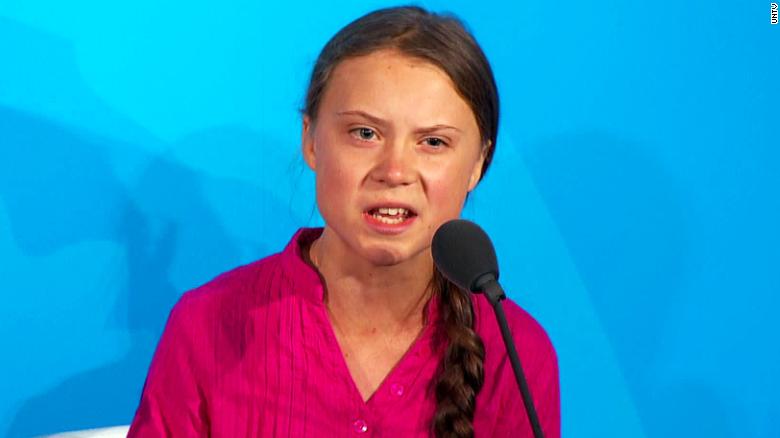 Host slams 'Dancing With The Stars' after casting Spicer

'The Matrix' set to return with new sequel

Greta Thunberg: You are failing us. How dare you

You can get paid to watch 13 Stephen King movies

Brian Stelter: This topic on Trump is everywhere but Fox

Host slams 'Dancing With The Stars' after casting Spicer

'The Matrix' set to return with new sequel

Greta Thunberg: You are failing us. How dare you

You can get paid to watch 13 Stephen King movies

Brian Stelter: This topic on Trump is everywhere but Fox

New York (CNN Business)Fox News apologized to Swedish climate activist Greta Thunberg Monday night for a guest's comments during a segment earlier that evening.
Conservative pundit Michael Knowles brought up Thunberg, the 16-year-old activist who addressed the United Nations General Assembly Monday, during a conversation on "The Story with Martha MacCallum" about a Bloomberg editorial piece on giving up meat.
"None of that matters because the climate hysteria movement is not about science. If it were about science it would be led by scientists rather than by politicians and a mentally ill Swedish child who is being exploited by her parents and by the international left," Knowles said.
The segment's other guest, progressive pundit Christopher Hahn, interrupted Knowles' remarks and told him, "Shame on you." Fox News anchor Harris Faulkner, who was subbing for MacCallum, let Hahn respond further, "You're a grown man and you're attacking a child. Shame on you." 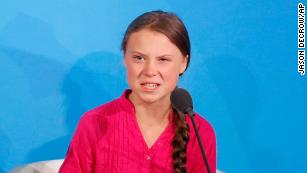 Angry Greta Thunberg tells global leaders she 'will never forgive' them for failing on climate change
A clip of the segment spread on Twitter, with Knowles doubling down on his comments in a retweet of the video. "Her mother wrote a book about her mental issues. There is nothing shameful about living with mental disorders. What is shameful is exploiting a child—particularly a child with mental disorders—to advance your political agenda," he tweeted.
Thunberg has spoken openly about living with Asperger's, referring to the diagnosis as a "superpower" in an Instagram post in August.
Knowles continued to tweet in defense of himself. He did not respond to a request for comment from CNN Business.
Fox News, however, apologized to Thunberg in a statement issued Monday evening.
"The comment made by Michael Knowles who was a guest on The Story tonight was disgraceful — we apologize to Greta Thunberg and to our viewers," a Fox News spokesperson told CNN Business.
The spokesperson added that the network had no plans to book Knowles as a guest in the future.
The Fox News segment is far from the only hateful commentary Thunberg has received while advocating for climate action. Last weekend, conservative author and filmmaker Dinesh D'Souza compared Thunberg to Nazi propaganda. Former White House aide Seb Gorka tweeted, "The adults who brainwashed this autist child should be brought up on child abuse charges."
President Donald Trump also mocked Thunberg in a tweet Monday. He retweeted a video of speech at the United Nations where she was visibly angry with, "She seems like a very happy young girl looking forward to a bright and wonderful future. So nice to see!"
Posted by intuitivefred888 at 1:55 PM