Sen. Chris Coons calls for hearing into possible Trump interference with US attorneys

Sen. Chris Coons calls for hearing into possible Trump interference with US attorneys 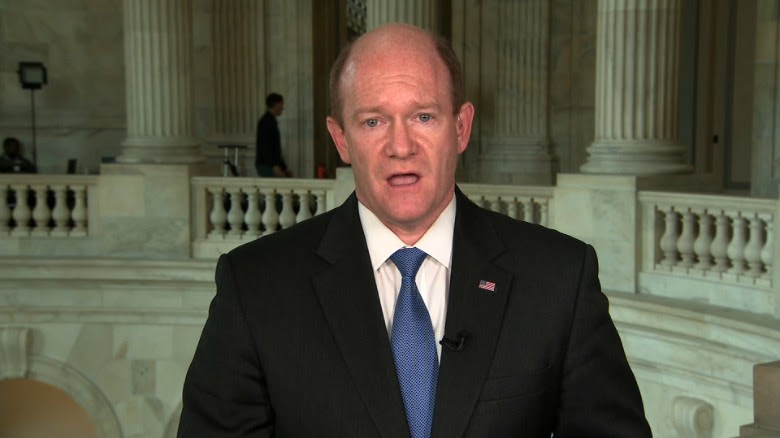 In a letter, Sen. Chris Coons (D-Del.) also cites concern over the resignation of Acting Assistant Attorney General Dana Boente.
(CNN)Democratic Sen. Chris Coons is calling for a hearing into possible presidential interference with US attorneys' offices after reports last month that President Donald Trump personally interviewed candidates for positions with oversight in districts sensitive to his business dealings.
In a letter dated last week, Coons wrote to Senate Judiciary Chairman Chuck Grassley requesting the hearing "based on a series of events that leave me concerned that President Trump does not respect the important boundaries between politics and the prosecutorial decisions of US Attorneys within the Department of Justice."
CNN reported in October that Trump had met with at least three candidates for US attorney positions in New York and Washington, DC, cities that host many of the President's private companies and where investigations into the administration, including the potential collusion between the Trump campaign and Russia in the 2016 election, could play out.
Coons in the letter also cites concern over the resignation of former US Attorney and Acting Assistant Attorney General Dana Boente, who left office late last month. 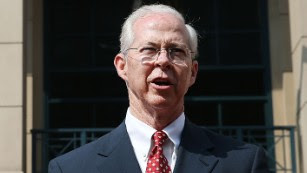 Acting head of DOJ's national security division resigns
Coons questions the "sudden nature" of the resignation, and a reported connection between the US attorney's office for the eastern district of Virginia, which Boente oversaw, and the FBI's Russian election interference investigation. Coons writes that a request for additional information on the resignation sent to the Justice Department had not yet elicited a response.
Boente, a career prosecutor who helmed the US attorney's office while filling multiple interim roles in the early months of the Trump DOJ, had been planning the retirement for some time, sources told CNN last month.
A second committee Democrat has floated consequences for the alleged US attorney interference. Connecticut Democrat Richard Blumenthal said last month that he had talked to fellow senators about potentially blocking any nominees who had been interviewed by the President.
Appearing before the Senate Judiciary Committee in October, Attorney General Jeff Sessions appeared to confirm assertions that Trump was involved personally in candidate interviews, saying "yes, we've done quite a number," though he later backtracked, adding, "I'm not sure I remember whether he had interviewed for New York but if you say so I assume so, and he has the right to for sure because he has to make an appointment and I assume everybody would understand that."
A spokesman for the Senate Judiciary Committee did not respond to a request for comment on Coons' letter late Monday evening.
Posted by intuitivefred888 at 10:20 PM

Email ThisBlogThis!Share to TwitterShare to FacebookShare to Pinterest
Labels: Sen. Chris Coons calls for hearing into possible Trump interference with US attorneys