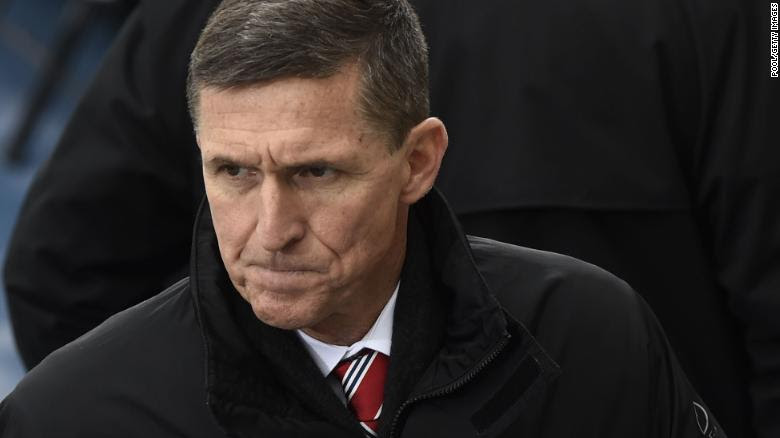 Flynn lawyers cut off talks with Trump team 02:32
(CNN)Special Counsel Robert Mueller's team has postponed an anticipated grand jury testimony linked to his investigation into Michael Flynn amid growing indications of possible plea deal discussions.
Additional witnesses were expected to be questioned soon including a public relations consultant hired by Flynn's lobbying firm who was given an early December date deadline to appear before the grand jury, according to a person at the company.
Ahead of the delay, the impression was that the testimony needed to happen soon, the source said.
"Time seems to be of the essence," said the source at Sphere Consulting, the PR firm where the consultant worked.
The grand jury testimony was postponed, the person said, with no reason given. There could be many reasons for a delay, including scheduling issues. 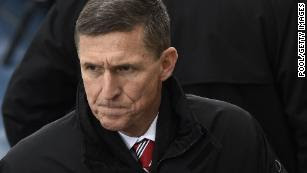 Flynn's lawyers no longer sharing information with Trump's legal team
The consultant's expected testimony comes as the investigation into Trump's former national security adviser's business dealings has taken a new turn.
Flynn's attorney told Trump's legal team last week that he would no longer share information about the investigation, a move that signals Flynn is beginning conversations with the government that could involve a plea deal or a cooperation agreement. ABC News reported that Flynn's attorney met with special counsel's attorneys on Monday.
Sphere's government relations arm, SGR LLC Government Relations and Lobbying, is one of several companies Flynn Intel Group hired to work for Inovo BV, a Netherlands-based company owned by Turkish businessman Ekim Alptekin, according to filing made by Flynn Intel Group under the Foreign Agents Registration Act (FARA). Inovo hired Flynn to research Fethullah Gulen, an exiled Turkish cleric who Turkish President Recep Tayyip Erdogan has accused of being behind the 2016 attempted military coup to overthrow him, the filing said.
Inovo paid Flynn's group $530,000 for the research, which was supposed result in a video documentary but it was never finished. Sphere's SGR was paid $40,000.
Sphere has been cooperating for months with the investigation. The inquiry was originally opened before the appointment of the special counsel, according to the source. Sphere, which was subpoenaed around June, was described as "a cooperating witness at best." Sphere has not been accused of any wrongdoing.
Interviews conducted by special counsel investigators have included questions about the business dealings of Flynn and his son such as their firm's reporting of income from work overseas, two witnesses interviewed by the team told CNN. The Foreign Agents Registration Act requires people acting as agents of foreign entities to publicly disclose their relationship with foreign countries or businesses and financial compensation for such work.
Another area of interest to Mueller's team is Flynn's alleged participation in discussions about the idea of removing Gulen, who has been living in exile in Pennsylvania, sources said. In the past, a spokesman for Flynn has denied that such discussions occurred. Flynn's attorney, Robert Kelner, has called reports of an alleged kidnapping scheme "outrageous" and "false." Kelner could not be reached for comment.
Peter Carr, a spokesman for the special counsel, declined to comment.
Flynn disclosed its work for Inovo in a lobbying disclosure form in September 2016. Months later, in March 2017, it filed a FARA disclosure form stating "because of the subject matter of the engagement, Flynn Intel Group's work for Inovo could be construed to have principally benefitted from the Republic of Turkey." 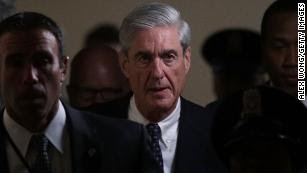 Mueller interviews with senior White House officials coming up
Sphere entered the assignment in August 2016 when it was approached by Bijan Kian, Flynn's business partner, to publicize the proposed documentary to promote investing in Turkey, according to the Sphere source. At Flynn's direction Sphere created a Gulen-themed Monopoly graphic, according to Flynn's FARA disclosure. A lawyer for Kian declined to comment. No explanation was given for why the graphic was created.
Two other consultants hired by Flynn, journalists David Enders and Rudi Bakhtiar, a former CNN anchor, were brought in to work on the documentary, according to the FARA form. The Wall Street Journal, citing people familiar with the investigation, reported the Federal Bureau of Investigation has contacted Enders and Bakhtair to set up interviews. Enders and Bakhtiar have not responded to CNN's requests for comment.
The documentary was never completed. But Sphere did place Flynn's election day op-ed on Gulen in The Hill newspaper, according to the source at the company and the FARA filing. Flynn's FARA filing distances that op-ed from the work he did for Inovo acknowledging it was shared with Inovo but: "To the best of our knowledge, Inovo did not communicate with the Republic of Turkey regarding the op-ed or provide the draft op-ed to the government."
Through Flynn and Kian, Sphere met Alptekin, the Turkish businessman, who wanted Sphere to do PR work to get Gulen extradited, according to the source at Sphere.
According to a memo sent to Flynn's firm, Sphere told Alptekin in November, when the firm first met with him, that none of this should be done through a publicity campaign, but rather should pursued through lawsuits.