Canada wants to ban Government use of Instant Messages? 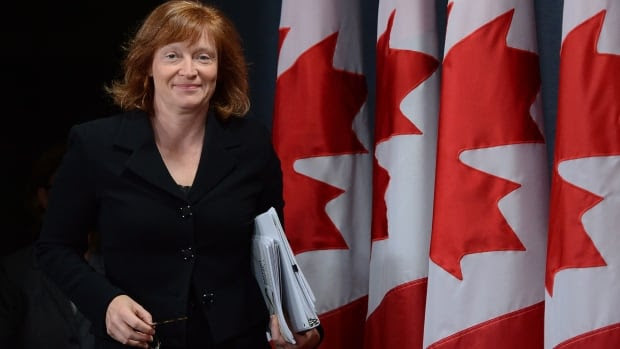 Information Commissioner Suzanne Legault, who released her annual report on Access to Information last month, has taken a closer look at the impact of text-messaging and mobile communications at information access. (Sean Kilpatrick/Canadian Press)

(Note: CBC does not endorse and is not responsible for the content of external links.)
Canada's information commissioner, Suzanne Legault, recommends in a special report to Parliament that specific controls be placed on instant messaging to preserve government records and respect the access to information law.
The report says access to instant (text) messages sent and received by ministers’ office staff is at particular risk.
“While technology is a powerful tool for innovation, its use must not infringe on the right of Canadians to know what government is doing and to hold it accountable for its decisions,” Legault said in a statement.
Her report investigated the use of wireless devices and instant messaging in 11 federal institutions. It found there were approximately 98,000 BlackBerrys issued and that the instant messages, commonly called "PINs," that are sent and received on those devices are automatically deleted, usually after 30 days.
"After investigating the use of wireless devices and instant messaging ... I have concluded that there is a real risk that information that should be accessible by Canadians is being irremediably deleted or lost," Legault said.
And the report says the risk of lost information is even greater now that Treasury Board secretariat has proposed new policies that would allow instant messages to be deleted after only three days.

Legault recommends a government-wide policy that would see instant messaging disabled on all government-issued wireless devices, with few exceptions. As well, she argues government departments should set up a way to automatically back up all messages. 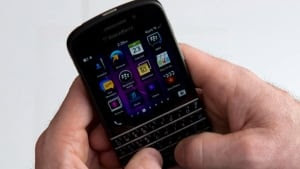 Canada's Information Commissioner is calling for instant messaging to be disabled on most government mobile devices and for more stringent rules around archiving of text messages. (Graeme Roy/Canadian Press)
And she says the Access to Information Act should be amended to require government officials create records documenting their decisions.
The impetus for her investigation was a complaint to her office about an email received in which one government official asked another to use a "pin" instead of email to communicate.
But, in an interview with CBC News, Legault said it is impossible to determine if government officials are using instant messaging on purpose, to get around access laws.
"I am very concerned because whether people were to do it deliberately or not, the fact is we will not be able to investigate it and we will not be able to find out," she said. "As it stands, there is a significant risk that requesters' rights will not be respected under the act."

According to the report, the president of the Treasury Board, Tony Clement, does not agree with the recommendations and has declined to implement them.
In a letter to Legault, Clement simply says he agrees that mandatory training is important to ensure employees understand their obligations under the act.
But Legault says in her report the government shouldn't be relying on individual employees to take the initiative to back up and store messages, especially as several departments conceded that staff are not just using instant messaging to have informal conversations, but rather to conduct government business.
"I am extremely disappointed by the government's response. I am totally for the use of new technology, but we really have to do that in the context where we respect the laws of Canada," she said.
end quote from:
http://www.cbc.ca/news/politics/ban-government-use-of-instant-messages-access-watchdog-says-1.2443659
Posted by intuitivefred888 at 12:27 PM

Email ThisBlogThis!Share to TwitterShare to FacebookShare to Pinterest
Labels: Canada wants to ban Government use of Instant Messages?