Saudi FM: The killing of Khashoggi was a terrible crime

Jet with 135 aboard skids onto highway

US Official: 3 rockets strike US Embassy in Baghdad

The Wuhan coronavirus is spreading

US citizen and her 8-year-old daughter stuck in Wuhan

7.7 earthquake hits off coast of Jamaica, felt in Miami

Palestinians on Trump's Mideast plan: 'Slap of the century'

Saudi FM: The killing of Khashoggi was a terrible crime

Jet with 135 aboard skids onto highway

US Official: 3 rockets strike US Embassy in Baghdad

The Wuhan coronavirus is spreading

US citizen and her 8-year-old daughter stuck in Wuhan

7.7 earthquake hits off coast of Jamaica, felt in Miami

Palestinians on Trump's Mideast plan: 'Slap of the century'

(CNN)A flight carrying about 200 American evacuees landed Wednesday at a US military base in Southern California after leaving the epicenter of the deadly coronavirus outbreak in China.
The flight -- operated by Kalitta Air out of Ypsilanti Township, Michigan -- was seen taxiing down the runway shortly after 8 a.m. (11 a.m. ET). Several law enforcement vehicles greeted it on the tarmac, their lights flashing.
Want to track the virus in real time?
Chartered by the US State Department, the plane left Wuhan and touched down late Tuesday night at Ted Stevens Anchorage International Airport in Alaska. 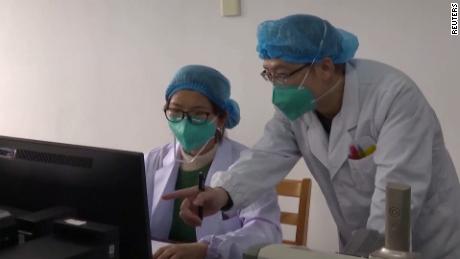 The Wuhan coronavirus is spreading 02:09
After refueling and passenger screenings, it left for the March Air Reserve Base near Riverside, California. There, local officials will work with the US Centers for Disease Control and Prevention to facilitate a thorough screening of the passengers to "ensure these people can get back home and not put anyone at risk," said Dr. Cameron Kaiser of the Riverside County Department of Public Health.
The US Defense Department will work with the US Department of Health and Human Services, which includes the CDC, to provide housing and, if any individuals are ill, care at a local civilian hospital, Defense Department spokeswoman Alyssa Fara said.
In Alaska, officials conducted two health screenings after prior screenings in China. The CDC cleared all passengers to continue on to California, Alaska officials said.
Passengers were screened in an isolated area of the Anchorage airport's north terminal, which handles international flights, and had no impact on general travel, airport manager Jim Szczesniak said.
The CDC will work with airport officials to clean the terminal, and there are no international flights scheduled at the airport until May, he said.

Passenger Scott Allis told CNN they received a hot meal in Anchorage, while Darby Siebels said passengers had a chance to charge their phones before getting back on the plane after 1 a.m. (5 a.m. ET).
"For many of us directly involved, this has been a moving and uplifting experience," said Dr. Anne Zink, Alaska's chief medical officer. "The whole plane erupted in cheers when the crew said, 'Welcome home to the United States.'" 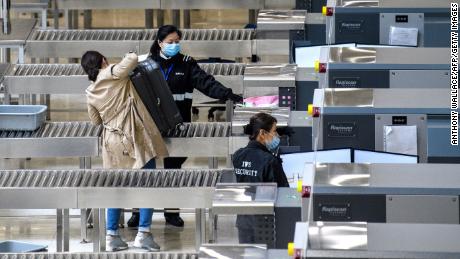 Companies restrict travel to China after outbreak 01:24
The fast-moving coronavirus has killed 132 people and infected nearly 6,000 others in China, most of them in the hardest-hit city of Wuhan. Ninety-one cases have been confirmed outside of mainland China, including five in the United States. The CDC has investigated 165 potential cases in 36 states. Of those, 68 tested negative, while 92 remain pending.
The evacuation flight was originally planned to land at the Ontario International Airport, a civilian facility about 35 miles from Los Angeles.
It's not immediately clear why the itinerary was changed from the civilian airport to March Air Reserve Base. San Bernardino County Commissioner Curt Hagman, who is on the board of the Ontario airport, said they were informed Tuesday night that the plane would not land there.

A battery of screenings

The Alaska Department of Health and Social Services said officials conducted screenings on 201 passengers. Before the flight arrived in Alaska, the CDC said there were about 210 US citizens aboard the flight.
Officials were prepared to transport 240 passengers, the plane's capacity, but the flight left with 201 people after some intended passengers failed to get to the airport or through screenings and other processes, Zink said. 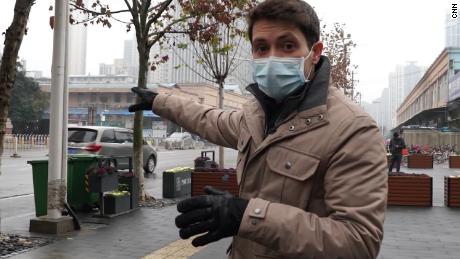 CNN goes to ground zero of Wuhan coronavirus outbreak in China 02:45
Precautions were taken to separate the crew on the plane's upper level from the passengers on the plane's lower level, she said, and the crew did not disembark in China.
"These individuals will be screened before they take off; monitored during the duration of the flight by medical personnel on board; screened again on landing to refuel in Anchorage, Alaska; monitored on the last leg of the flight by medical personnel on board; evaluated upon arrival at March Air Reserve Base ... and then monitored for symptoms post-arrival," the CDC said.
The passengers may be forced to stay in isolation between three days and two weeks, an official said.

Priority was given to US citizens at risk 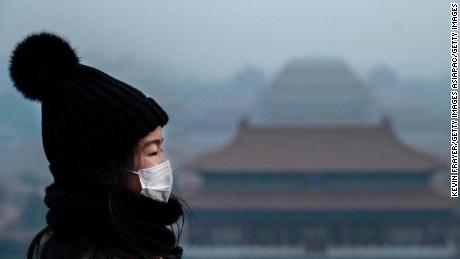 Viral hoaxes are spreading lies about the coronavirus 02:04
The department said it was unable to accommodate everyone due to space limitations, but it is working to identify alternative routes for US citizens to depart Wuhan by land.
The State Department issued a Level 4 advisory for Wuhan, meaning Americans should not travel to the city while the virus has an impact, Vice President Mike Pence said. It ordered personnel working at the US Consulate in Wuhan to depart for the United States.
Other countries including South Korea and Japan are sending charters to evacuate citizens from the epicenter of the outbreak. The European Commission said it was sending two aircraft to evacuate European Union citizens from Wuhan.
CNN's Joe Sutton, Paul P. Murphy, Stella Chan, Amir Ahmed, Christine Sever, Andy Rose and Debra Goldschmidt contributed to this report.
Posted by intuitivefred888 at 1:38 PM

Email ThisBlogThis!Share to TwitterShare to FacebookShare to Pinterest
Labels: US evacuees from China land at California military base as coronavirus outbreak grows