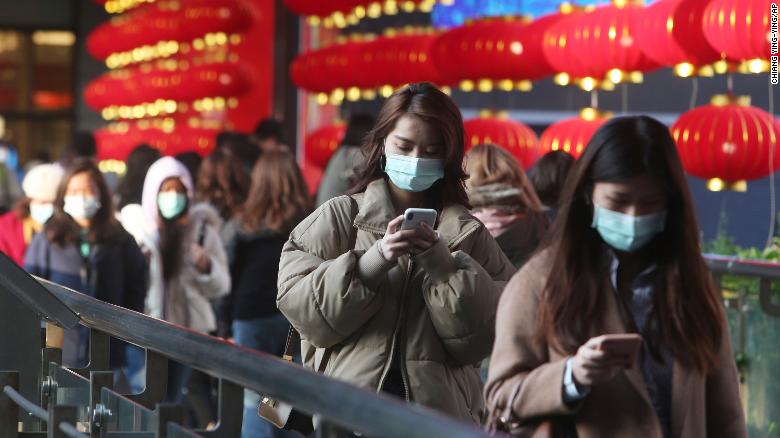 Debt and deficit aren't the same thing. Here's the difference

Economists think slowdown will get worse

The Trump economy is good for his reelection. Will trade stand in the way?

Debt and deficit aren't the same thing. Here's the difference

Economists think slowdown will get worse

The Trump economy is good for his reelection. Will trade stand in the way?

New York (CNN Business)It has been a turbulent week for stock markets as worries about coronavirus weighed on investors' minds.
Stocks sold off as fears about the economic impact of the virus took hold. On Monday, the Dow and the S&P 500 recorded their worst day since October. The World Health Organization declared the outbreak a public health emergency of international concern late Thursday.
At the same time, it's still earnings season and US companies have had impressive report cards. This helped balance the virus worries and propped stocks up to some extent. The major indexes bounced back from their terrible start to the week, when on Tuesday the S&P logged its best percentage gain since October.
Stocks dropped again on Friday, with the Dow (INDU) falling 515 points, or 1.8% around noon. The S&P 500 (SPX) fell 1.6%, and the Nasdaq Composite (COMP) slipped 1.4%.
The Dow and the S&P are on track for their worst week since August.

Oil prices have also suffered from the virus outbreak, because China is a big consumer of the commodity.
US oil prices are on track for their worst month since May last year, when the US-China trade war and high inventory levels weighed on prices.
"Oil prices were on the defensive again this week as fears surrounding the coronavirus and its impact on oil demand remain front and center," write Rabobank Commodities Strategist Ryan Fitzmaurice in a note.
"The situation on the ground in China appears to have worsened with large numbers of stores closing and large-scale transportation shut-downs put in place to prevent further contagion."
US oil dropped 1.4% to $51.41 per barrel Friday.
Traditional safe haven assets had a better week Investors tend to pile into assets like gold, US Treasury bonds or the Japanese yen in times of trouble because they are considered safer.
Gold prices on Thursday settled at their highest level since April 2013, as the precious metal benefited from the global flight to safety. On Friday, gold reversed losses, it was last flat at $1,583.20 an ounce.
Meantime, 10-year Treasury yields dropped to their lowest level since October, as demand for safe bonds rose. (Prices and yields move opposite to each other.) The 10-year yield last stood at 1.52%.

The big question is how much longer the coronavirus outbreak will last and how many people it will sicken.
Analysts expect it have an impact on consumer spending in China. Across the country, scores of businesses have temporarily closed as a precaution and travel and tourism have slowed. Depending on how long businesses stay closed as a precaution, the broader economy could suffer as well in the first quarter.
China is the second-largest economy in the world and widely considered the engine of worldwide growth, which is already in a somewhat fragile state.
But quarantining patients, flight cancellations and border controls could ultimately prove effective in containing the outbreak.
"In our base case, we expect the outbreak of the virus not to cause a global economic slowdown, and as such risk assets should stay well supported over the next six months," said Mark Haefele, chief investment officer at UBS Global Wealth Management.
While the virus' impact on travel and consumer spending will show up in the short-term data, many expect the Chinese government to roll out more stimulus in the months to come. Along with the rebound in pent-up consumer demand this could deliver a rebound in the months to come, Haefele said, who expects the Chinese economy to grow by 5.5% this year.
Posted by intuitivefred888 at 11:37 AM