Daryl Hannah and Neil Young Have Been Dating 'For Months,' Says Source

My daughter had never seen Blade Runner so we decided to rent it tonight through Amazon Prime electronically.  One of the people over for Thanksgiving looked her up on her phone and found out she was now dating Neil Young. I said how they were both ecological activists so I could see why they could be good friends.

Daryl Hannah and Neil Young Have Been Dating 'For Months,' Says Source 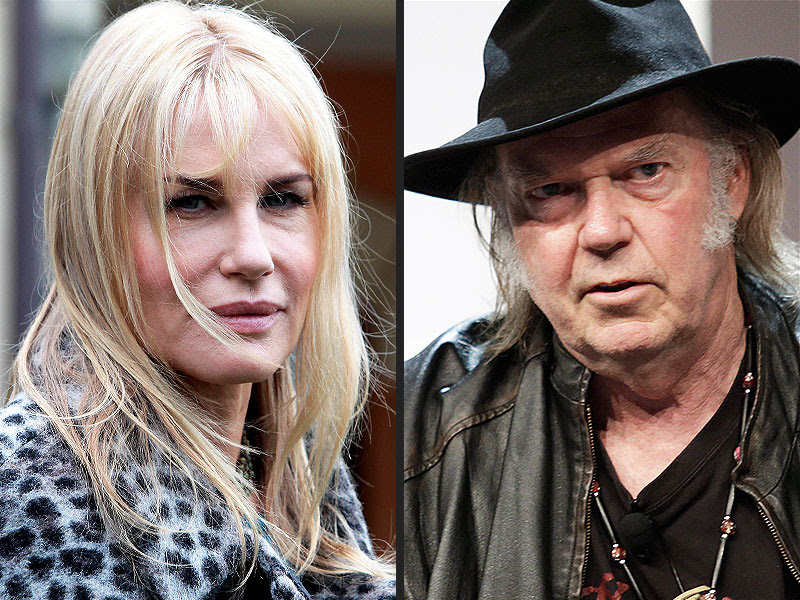 09/11/2014 AT 05:20 PM EDT
When photographers spotted rocker Neil Young, 68, and actress Daryl Hannah, 53, getting cozy together at a restaurant in Westlake, California, Wednesday, it set tongues wagging – especially since it was only announced last month that Young and his wife Pegi, 61, were calling it quits after 36 years together.

The couple officially filed for divorce in their hometown of San Mateo, California, on July 29.

"[Hannah and Young were] holding hands and being really friendly, but they were not kissing or anything like that inside of the store," a source tells PEOPLE. "They were both very friendly to the employees, too. They both have been to Sur La Table many times before, but the employee has never seen them in the store together besides on Tuesday."

So are Hannah and Young a new item? Actually, maybe not that new.


Keep up with your favorite celebs in the pages of PEOPLE Magazine by subscribing now.


"They've been dating for months," a source tells PEOPLE, adding that Young's marriage had recently been troubled. "They've taken no effort to even hide it. He recorded a new album a few weeks ago, and she was on Skype the entire time, giving him feedback on every take. He even told people in the studio she was his 'girlfriend.' "

The music industry was rocked when it learned Young and his wife were splitting. The couple had been together for so long and through so much, including recording, touring and raising a son with cerebral palsy – which inspired their popular annual Bridge School Benefit concerts.

But some paying attention weren't surprised he was with actress-turned-activist Hannah, with whom he collaborated on an environmentalist documentary for Greenpeace about the Alberta Tar Sands.

"They've appeared at many, many protest rallies together over the past year," the insider says. "The fans have known about this for months."

Young's former musical partner, David Crosby (of Crosby, Still, Nash and Young) also alluded to Hannah being partly responsible for Young's divorce in an interview he gave the Idaho Statesman that ran Monday.

"I happen to know that [Young] is hanging out with somebody that's a purely poisonous predator now," Crosby said in the interview. "And that's karma. He's gonna get hurt. But I understand why it happened. I'm just sad about it. I'm always sad when I see love tossed in the gutter."

When reached, reps for Hannah and Young did not comment.
end quote from:
http://www.people.com/article/daryl-hannah-dating-neil-young
Posted by intuitivefred888 at 8:52 PM

Email ThisBlogThis!Share to TwitterShare to FacebookShare to Pinterest
Labels: ' Says Source, Daryl Hannah and Neil Young Have Been Dating 'For Months