What These Star Wars Characters Look Like Now Is Incredible 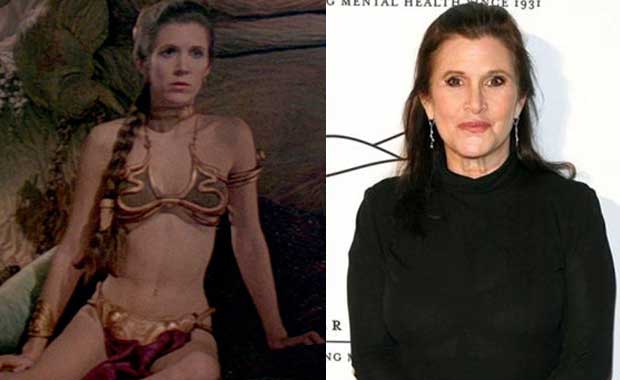 Carrie Fisher is another of the original “Star Wars” cast members who hasn’t really acted much since “Return of the Jedi,” unless you count an occasional guest appearance on “30 Rock” here or there. She has, however, developed a career for herself as an accomplished screenwriter. Throughout the 1990s she was one of the most famous “script doctors” in Hollywood and has even written several books and two one-woman shows on Broadway.
end quote from:
http://www.yourdailydish.com/galleries/star-wars-cast-then-now/4/