TOKYO (Reuters) - Asian stocks dropped on Monday, rekindling safe-haven demand for the yen, as plunging property stocks took a toll on China and investors continued to fret about the impact of the U.S. 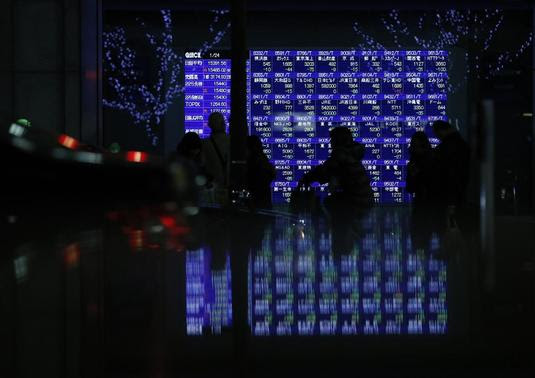 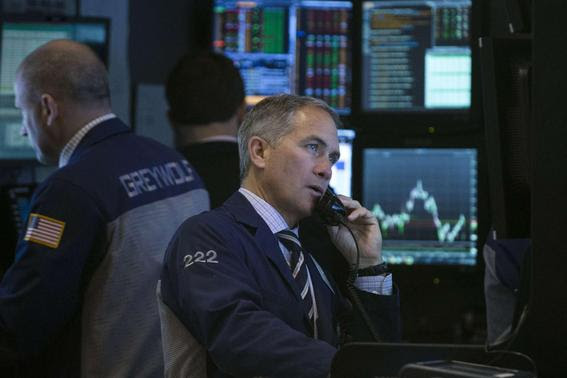 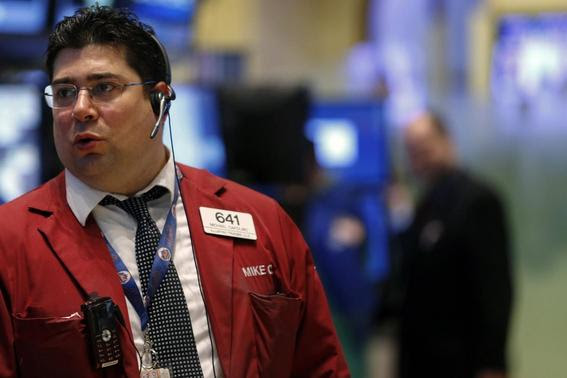 1 of 7. Pedestrians walk past an electronic board showing various stock prices, which are reflected in a polished stone surface, outside a brokerage in Tokyo January 24, 2014.

(Reuters) - Asian stocks dropped on Monday, rekindling safe-haven demand for the yen, as plunging property stocks took a toll on China and investors continued to fret about the impact of the U.S. Federal Reserve's stimulus withdrawal.
European shares were seen opening lower, with financial spreadbetters expecting Britain's FTSE 100 .FTSE to open down as much as 0.5 percent, Germany's DAX .GDAXI 0.4 percent lower, and France's CAC 40 .FCHI off 0.3 percent.
"With traders set to take overnight weakness in their stride, they'll be looking towards today's German Ifo survey for direction," Jonathan Sudaria, a dealer at London Capital Group, said in a note.
The German Ifo index for February is due at 0900 GMT, with the business climate index seen unchanged at 110.6.
MSCI's broadest index of Asia-Pacific shares outside Japan .MIAPJ0000PUS shed 0.6 percent, while Japan's Nikkei stock average .N225 ended down 0.2 percent, erasing its morning gains though pulling off its session lows.
China shares sank to a two-week low, dragging Hong Kong markets down, as property and banking counters slipped on mainland news reports that stoked fears banks have stopped extending loans to property-related companies.
"I would get out of interest rate-sensitive sectors. It's very hard to navigate right now with policy risk on the rise," said Hong Hao, Hong Kong-based chief equity strategist at Bank of Communication International.
Hong noted annual parliamentary meetings, that set an the economic agenda, were due to start March 5 in Beijing.
Data on Monday showed the pace of the rise in China's home prices slowed in January for the first time in 14 months, suggesting the government's efforts to cool the market were having an effect.
The Chinese yuan fell on Monday, extending its worst weekly performance in more than two years after the People's Bank of China set its daily midpoint lower for a fifth session.
On Wall Street on Friday, stocks were off slightly on options-related expirations.
Group of 20 finance ministers and central bankers committed to spurring faster global growth at a two-day meeting in Sydney over the weekend.
The final communiqué said the G20 would increase investment and employment, generating more than $2 trillion in additional output over five years while creating tens of millions of new jobs.
The communiqué acknowledged emerging nations' concerns that the Federal Reserve consider the impact of its monetary stimulus withdrawal, which has led to bouts of capital flight from some of those markets.
However, minutes released last week from the Fed's most recent meeting suggested the pace of stimulus-tapering will continue for now.
"There was no realistic expectation that EM would get any relief, but they may be more vulnerable to bad news in the aftermath," said Steven Englander, head of G10 currency FX strategy at CitiFX, in a note to clients.
"Similarly the free pass to tapering may be mildly USD positive," Englander added.
The dollar was steady against a basket of currencies after posting its first weekly gain in three weeks. The dollar index .DXY stood at 80.240, moving away from last week's low of 79.927 touched on Wednesday, which was its lowest since late last year
The dollar fell 0.2 percent to 102.30 yen, moving away from a three-week high of 102.82 yen hit on Friday.
The euro also eased about 0.2 percent to 140.53 yen, after touching 141.26 yen on Friday, its strongest since January 24.
The euro was nearly flat on the day at $1.3736, not far from a high of $1.3773 touched on Wednesday, its highest level since January 2.
Also underpinning the single currency, the Ukraine parliament voted on Saturday to remove President Viktor Yanukovich, who abandoned his Kiev office to protesters. The shift looks likely to pull Ukraine away from Moscow's orbit and closer to Europe.
Britain stands ready to provide support to Ukraine through schemes set up by the IMF and European Union, British finance minister George Osborne said on Monday.
Investors await euro zone inflation on Friday to gauge whether the European Central Bank has enough ammunition to ease monetary policy at its next meeting on March 6.
"The weaker the data, the more the speculation will likely mount that the ECB will take additional action," Marc Chandler, chief global currency strategist with Brown Brothers Harriman, said in a research note.
"The point is that between the data, ECB meeting and the U.S. employment data on March 7, there is sufficient event risk to deter strong euro gains from here," Chandler said.
On the commodities front, U.S. crude rose about 0.3 percent to $102.47 a barrel after posting a sixth straight week of gains, while Brent crude added about 0.2 percent to $110.06 a barrel.
But London copper fell sharply, shedding about 1.2 percent to $7,072.25, on persistent fears about the impact of the Fed's tapering as well as China's murky growth outlook.
Gold added about 0.2 percent to $1,325.25 an ounce, after it marked a third straight week of gains.
(Additional reporting by Clement Tan in Hong Kong; Editing by Shri Navaratnam, Jacqueline Wong and Simon Cameron-Moore)
end quote from: