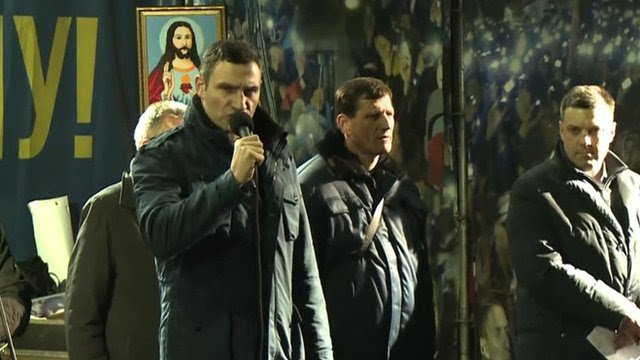 Thousands of protesters have remained in Kiev's main square despite a deal aimed at ending Ukraine's political crisis, in which dozens have died.
The pact, signed on Friday by President Viktor Yanukovych and the opposition, says a unity government will be formed and a presidential election held.
But many protesters do not believe Mr Yanukovych can be trusted.
The US and Russian presidents have agreed that the deal needs to be swiftly implemented, officials say.
Russia's Vladimir Putin told Barack Obama that Russia wants be part of the implementation process in a telephone conversation on Friday, a US State Department spokesperson said. 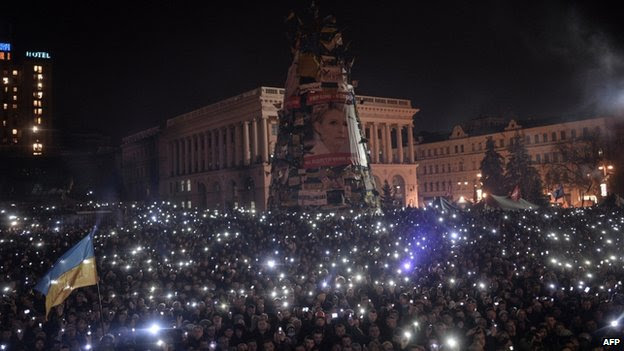 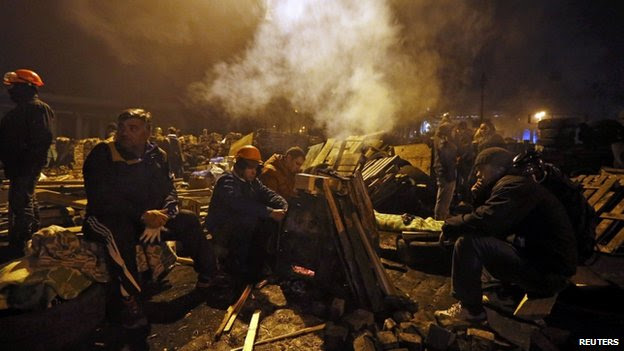 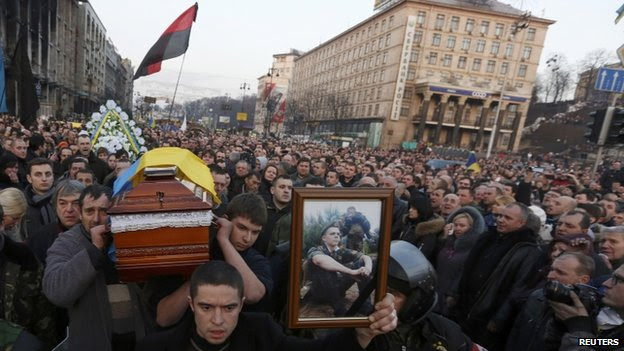 Earlier, people carried the coffins of those killed in the clashes through the centre of the capital
The deal, reached after mediation by EU foreign ministers, came after the bloodiest day since the unrest began in November.
Police opened fire on Thursday on protesters who have been occupying Independence Square in central Kiev. The health ministry said 77 people had been killed since Tuesday.

Ukraine may be a prize, but the West is hesitant about wooing it too hard”

Mark Mardell North America editor
The deal has been met with scepticism by some of the thousands of protesters who remain in the square.
Opposition leaders who signed it were booed and called traitors by crowds, the BBC's Gavin Hewitt reports from Kiev.
Earlier, coffins of anti-government protesters were carried across the square as funeral ceremonies for those killed in the clashes got underway.
Meanwhile one group of far-right protesters is threatening to take action if President Yanukovych does not resign by Saturday morning.
'Good compromise' The agreement, published by the German foreign ministry, includes the following: 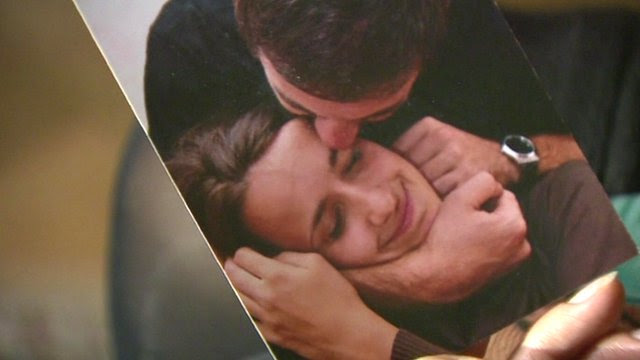 The fiance of activist Mariya Pohorilko was killed in the city of Lviv
The agreement was was signed by Mr Yanukovych and opposition leaders Vitali Klitschko, Arseniy Yatsenyuk and Oleh Tyahnibok.
Polish Foreign Minister Radoslaw Sikorski tweeted that the deal was a "good compromise for Ukraine" which would open the way "to reform and to Europe".

Mark Lowen BBC News, Lviv
Any political deal between President Yanukovych and the opposition movement will have to pass the test here in Lviv. It is a city that has been at the forefront of the protests, sending busloads of demonstrators 500km east to Kiev on a nightly basis.
Lviv has always looked west rather than east: a city for centuries under Austrian and then Polish rule, it only fell to the Soviets during World War Two and has remained fiercely proud of its Ukrainian identity ever since.
The writ of the Kiev government does not extend here. Every regional administration building is now under the control of the protest movement. I visited the police headquarters, taken on Tuesday night by the opposition and ransacked. At the security service office, burnt out cars lie in the courtyard. The mood here is one of defiance: that President Yanukovych must step down now.

The White House has welcomed Friday's deal, praising "the courageous opposition leaders who recognised the need for compromise".
The US remained prepared to impose sanctions on the Ukrainian government if the violence continues, it said in a statement.
Shortly after the deal was signed, Ukraine's parliament approved the restoration of the 2004 constitution, with all but one of the 387 MPs present voting in favour.
Parliament also approved an amnesty for protesters accused of involvement in violence.
MPs voted for a change in the law which could lead to the release of Yulia Tymoshenko, an arch-rival of Mr Yanukovych.
She was sentenced to seven years in prison in 2011 for abuse of power. Her supporters say this was simply Mr Yanukovych taking out his most prominent opponent.
Dozens of MPs from Mr Yanukovych's own Party of Regions voted for the motions, in what correspondents say will be a humiliation for the president.
The protests first erupted in late November when Mr Yanukovych rejected a landmark association and trade deal with the EU in favour of closer ties with Russia.
end quote from:


Ukraine protesters stay on the streets despite deal

I don't think they trust the deal yet and want to wait until they have a new leader in power. Though I understand this mistrust often doing something like this might lead to a massacre of the protesters by either the police, the Army or the Russians if history is any example.

But, like I heard one protester say, "You in America did this about 200 years ago. This is our time." So, what will be will be.

Email ThisBlogThis!Share to TwitterShare to FacebookShare to Pinterest
Labels: Ukraine protesters stay on the streets despite deal