Ivanka: She did what almost every other daughter would do 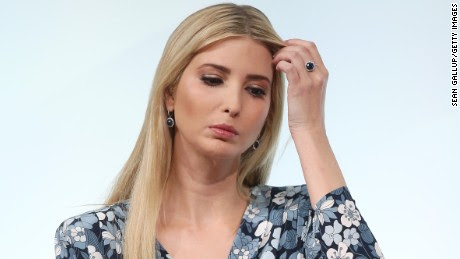 Cillizza: She did what almost every other daughter would do

Source: CNN
Crowd reacts to Ivanka's defense of dad 01:19
Washington (CNN)During an appearance on a panel discussion in Germany on Tuesday, Ivanka Trump was booed and hissed at when she offered a defense of her father's policies regarding paid leave for women in the workplace.
"That is something I'm very proud of my father's advocacy, long before he came into the presidency, he championed this in the primaries," Ivanka Trump said of President Trump. "He's been a tremendous champion of supporting families and enabling them to thrive."
She was interrupted at that point. She went on to add:
"I've certainly heard the criticism from the media and that's been perpetuated, but I know from personal experience, and I think the thousands of women who have worked with and for my father for decades when he was in the private sector are a testament to his belief and solid conviction in the potential of women and their ability to do the job as well as any man."
The easiest course here would be to pillory Ivanka. After all, it's indisputable that her father has said things, repeatedly, about women that all people should acknowledge are unacceptable. His comments in the "Access Hollywood" tape, his regular references to women as "pigs", and his comments about Carly Fiorina's looks during the 2016 primaries have zero defenders. And Donald Trump has apologized for a total of none of them. 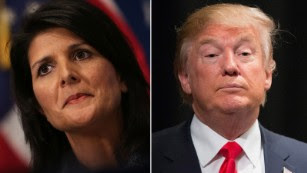 What Donald Trump's "joke" about Nikki Haley reveals about him
Trump's actions as president also seem to be sending a very clear signal. He's signed legislation taking aim at Planned Parenthood and other organizations that provide abortions. He' also rolled back the 2014 Fair Pay and Safe Workplaces order signed by President Obama.
But, it's important to remember that Ivanka is, first and foremost, her father's daughter. As such, she is going to defend him -- as would almost every daughter in any situation in which her dad is under attack. And, whatever you think of the Trumps, it's beyond debate that they are a very close-knit family who always sticks together.
Then there is the fact that Ivanka Trump spent the entire campaign insisting that she had seen her father up close more than any of his critics and knew for a fact that he was committed to workplace equality and to helping women thrive. To walk away from that view would be to abandon what she spent the last 18 months telling us about her dad based on her own firsthand experiences. 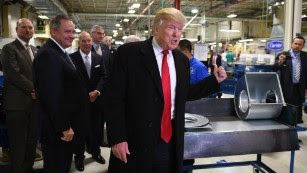 Donald Trump just caved on the border wall (or did he?)
Make no mistake: The sentiment that Ivanka heard today in Germany has been and will be echoed throughout her father's presidency -- particularly given her new, formal role as a White House adviser. The seeming contradiction of a powerful businesswoman defending her father despite mountains of evidence that he isn't great to or for women has already come in for mockery from "Saturday Night Live."
And, there's ample evidence in the electorate that women view Donald Trump with deep suspicion. He lost the female vote to Hillary Clinton by 13 points in 2016 and 50 percent of all women said Trump's treatment of women bothered them "a lot," according to exit polls.
You can hate Donald Trump's views on and treatment of women -- and lots of people do! But, to expect Ivanka Trump to publicly condemn her father or his record on women's issues is a bridge too far. It's impossible for us to know what Ivanka Trump does (or doesn't do) to influence her father's views behind the scenes. And, because of that -- and the fact that she is his daughter! -- booing her for defending her dad is poor form.
Posted by intuitivefred888 at 9:46 AM

Email ThisBlogThis!Share to TwitterShare to FacebookShare to Pinterest
Labels: Ivanka: She did what almost every other daughter would do