Trump gives most divisive Speech ever as President? 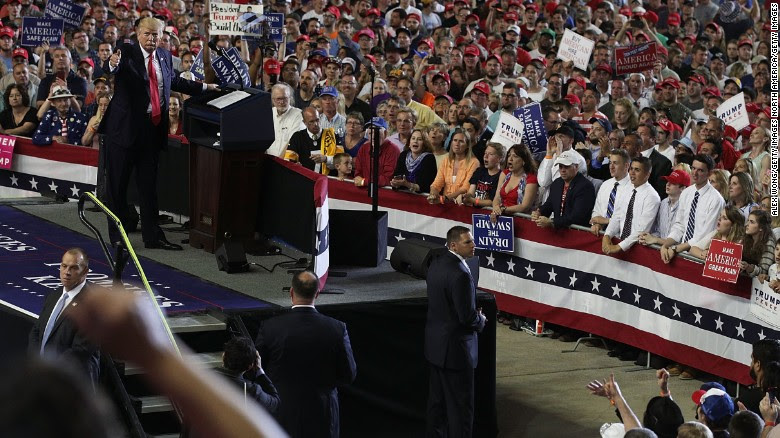 Trump: We all bleed the same red blood

Trump rallies his base on his 100th day

Many of Trump's executive actions ineffective

Trump: My 100 days just about most successful

One moment from each of Trump's first days

How does US President Trump describe himself?

Kasich: Give Trump a chance

Many of Trump's executive actions ineffective

Trump: My 100 days just about most successful

One moment from each of Trump's first days

How does US President Trump describe himself?

Kasich: Give Trump a chance

Washington (CNN)President Donald Trump hit hard at the news media at a rally Saturday in Pennsylvania to tout the accomplishments of his first 100 days, striking a tone both divisive and determined as he played to the populist sentiments of a cheering crowd.
"It's time for all of us to remember that we are one people with one great American destiny, and that whether we are black or brown or white, we all bleed the same red blood of patriots, and we all share the same glorious freedoms of our magnificent country," Trump said, evoking the populist rhetoric of his inauguration speech after spending a large part of his Saturday remarks decrying the alleged shortcomings of the mainstream media.
Among the crowd favorites at Trump rallies are the President's attacks on the press, and this was true again on Saturday, when many in the media were attending the annual White House correspondents' dinner in what Trump routinely calls the "swamp" of Washington -- setting up a prime-time duel with what has become his No. 1 foe, the media.
"A large group of Hollywood actors and Washington media are consoling each other in a hotel ballroom in our nation's capital right now," Trump told the crowd. "They are gathered together for the White House Correspondents' dinner -- without the President. And I could not possibly be more thrilled than to be more than 100 miles away from Washington's swamp, spending my evening with all of you and with a much, much larger crowd and much better people."
Trump held that divisive tone throughout the speech, prompting former presidential adviser and senior CNN political analyst David Gergen to call the remarks "deeply disturbing" in a special prime-time edition of "CNN Newsroom" with John Berman and Poppy Harlow.
"This was the most divisive speech I have ever heard from a sitting American president," Gergen said. "Others may disagree about that. He played to his base and he treated his other listeners, the rest of the people who have been disturbed about him or opposed him, he treated them basically as, 'I don't give a damn what you think because you're frankly like the enemy.' I thought it was a deeply disturbing speech." 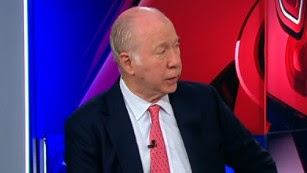 Reagan adviser: Trump speech deeply disturbing 00:59
Trump, who found his stride during the campaign in front of large, cheering crowds across the country in states where his populist message resonates, took the stage Saturday night alongside Vice President Mike Pence.
"There is no place I'd rather be than right here in Pennsylvania to celebrate our 100-day milestone, to reflect on an incredible journey together," Trump said.
As expected, the President also addressed some of the biggest issues he has tried to tackle during his first 100 days in office. The threat from North Korea, getting a health care bill passed and possibly renegotiating the Paris climate accord were among the big talking points of the nearly one-hour speech.
"I'll be making a big decision on the Paris accord over the next two weeks, and we will see what happens," Trump said on the same day that protesters backing action on climate change took to the streets in Washington and other cities across the country as part of the "People's Climate March."
While Trump's raucous rally was straight out of his campaign playbook, he also did something he rarely does -- call out US congressmen from Pennsylvania who were in attendance by name.
"We're going to give Americans the freedom to purchase the health care plans they want, not the health care forced on them by the government," Trump said. "And I'll be so angry at Congressman (Mike) Kelly and Congressman (Tom) Marino and all of our congressmen in this room if we don't get that damn thing passed quickly."
In addition to speaking at the rally, Trump signed two executive orders in Harrisburg, one directing a review all US trade agreements and the second establishing the Office of Trade and Manufacturing Policy.
This marks the first time in 36 years that a sitting president has not attended and spoken at the White House correspondents' dinner. President Ronald Reagan missed the dinner while recovering in the hospital from an assassination attempt, but he still made remarks by phone. Richard Nixon was the last president to skip the dinner completely.
The last time Trump attended the dinner was in 2011, when he was a New York real estate mogul and reality TV star who had just jumped into politics by getting involved in the "birther" movement, calling for President Barack Obama to release his birth certificate. Trump ended up being the butt of the jokes that night from comedian Seth Meyers and Obama himself.
But no matter where he was, the spotlight was on Trump on Saturday since the day also marked a significant milestone in the career of a president. After serving as commander in chief for 100 days, his achievements, as well as shortfalls, were being closely scrutinized.
On paper, Trump lacks a major legislative achievement, has the lowest approval ratings of any new commander in chief since World War II, has seen several key immigration goals held up by the courts and has failed to deliver the health care overhaul he promised again and again on the campaign trail.
Trump's sole big win has been the successful nomination of Neil Gorsuch to the Supreme Court -- something a president hasn't done in his first 100 days since James Garfield appointed a justice within that time frame 136 years ago.
Trump, a longtime critic of the number of Obama's executive orders, issued more executive orders in his first 100 days than any other president aside from Harry Truman.
Trump's first 100 days have also been plagued with controversy, from appointing his daughter Ivanka and son-in-law Jared Kushner to key White House posts to dealing with allegations of possible ties between some of his campaign aides and Russia.
His campaign promises on such major items as repealing and replacing Obamacare and overhauling the tax code -- things he rallied crowds with for months all over the country -- have yet to be enacted. Even his promise to build a wall on the border with Mexico has been caught up in a spending debate, with no support from Democrats and little to no progress being made.

Email ThisBlogThis!Share to TwitterShare to FacebookShare to Pinterest
Labels: Trump gives most divisive Speech ever as President?