When boys humiliate girls at school

Kavanaugh: I was a virgin during high school

Kavanaugh: I never sexually assaulted anyone

Trump: Kavanaugh one of the 'finest people'

Who is Ashley Kavanaugh?

Kavanaugh: I was a virgin during high school

Kavanaugh: I never sexually assaulted anyone

Trump: Kavanaugh one of the 'finest people'

Who is Ashley Kavanaugh?

Jill Filipovic is a journalist based in New York and Nairobi, Kenya, and the author of the book "The H-Spot: The Feminist Pursuit of Happiness." Follow her on Twitter. The opinions expressed in this commentary are solely those of the author. View more opinion articles on CNN.
(CNN)The #MeToo reckoning is still coming — not just for the prominent men who use their power to exploit others, but also for the boys they once were. We are recognizing, finally, that misogynist men are made, not born.
The task, now, is to interrupt the making. 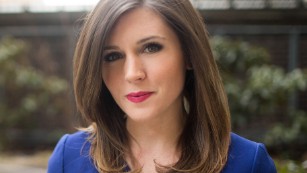 Jill Filipovic
As he seeks confirmation to the US Supreme Court, Brett Kavanaugh has taken great pains to paint himself as a champion of women and girls, a strategy employed to undercut Democratic assertions that he would overturn Roe v. Wade.
Then came an allegation of sexual assault while Kavanaugh was a student at Georgetown Prep high school, made by Christine Blasey Ford, who attended a neighboring school. Then another allegation that Kavanaugh pushed his penis in the face of a classmate at Yale. He vigorously denies both accusations.
But now there's Kavanaugh's Georgetown Prep yearbook. It is rife with sexist sexual innuendo about "Renate Alumnius" (Renate Schroeder being a girl in Kavanaugh's broader social circle back then) and "FFFFFFFourth of July (a lewd and predatory term). 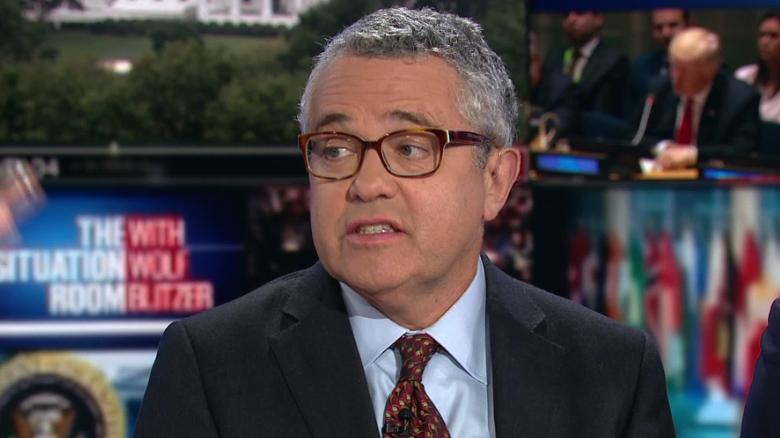 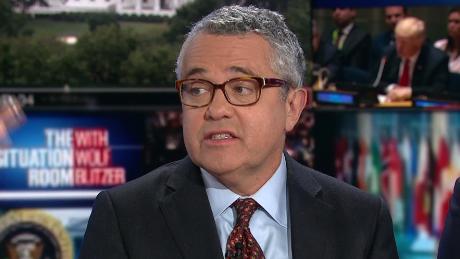 Analyst: Trump shoots himself in both feet

Graham: I've been suspicious of allegations

Trump: Michael Avenatti is a 'lowlife'

Analyst: Trump shoots himself in both feet

Graham: I've been suspicious of allegations

Trump: Michael Avenatti is a 'lowlife'

Current Time0:46
/
Duration Time0:46
Loaded: 0%
Progress: 0%
Source: CNN
Toobin calls out Kavanaugh's 'weird' interview 00:46
In a more feminist world, such casual misogynist cruelty would be rare. But anyone who has passed through high school knows that the language employed by Kavanaugh and crew is indeed quite typical of teenage "boys just being boys." And that's exactly the problem: Teenage boyhood continues to accept, sometimes even hinge on, misogyny and ill treatment of girls — usually girls over whom boys have relative social power.
Then we wonder why those same boys become the men who mistreat women, discriminate against us in the workplace, or look the other way when other men harass, bully or abuse us.
It can be jarring to realize just how deep misogyny goes. Renate Schroeder Dolphin, who was the butt of Kavanaugh and friends' "alumni" joke, previously had signed a letter of support for him, proclaiming his respect for women when she knew him in high school.
She told the New York Times she was not aware of the yearbook reference when she signed the letter and said in a statement that the "insinuation is horrible, hurtful and simply untrue." 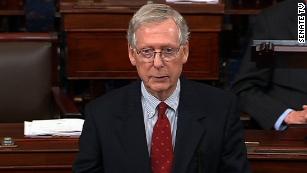 Mitch McConnell guarantees a vote on Kavanaugh 00:55
To add insult to injury, Kavanaugh's lawyers claim that the yearbook entries don't mean what we all know they mean. Instead, they insist, the "Renate Alumnius" jokes were reflective of a deep respect for Renate, and only indicated that she had gone to dances and events with Kavanaugh and his friends.
("Judge Kavanaugh and Ms. Dolphin attended one high school event together and shared a brief kiss good night following that event," his lawyers' statement reads. Dolphin denied this through her lawyer: "Brett must have me confused with someone else, because I never kissed him.")
Everyone can see that Kavanaugh's denials are obvious BS, because we all know teenage boys don't make in-group sexualized jokes about women they respect. We viscerally know what "Renate Alumnius" means because we are collectively fluent, after long experience, in the subtle language of misogyny.
And we also know how it feels to have our fluency in that language denied. When women identify disrespect or demand better treatment, we are often the ones who are punished, or told that our version of events doesn't reflect reality. The denials from Kavanaugh's lawyers are practically Trumpian: Yes, it says what it says and we all know what that means, but you can't believe your lyin' eyes. 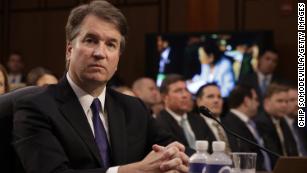 Kavanaugh on days at Georgetown Prep 01:22
But this dishonest defense of entitlement, this propping up from an early age of the male version, doesn't work as well as it used to.
Indeed, whatever happens with the Kavanaugh nomination, one hopes that this ugly turn through his teenage past will at least help us to stop raising boys in this way. Ideally, we would raise kind — not casually cruel -- more nurturing, responsible boys, because it's the right thing to do for boys and girls.
But even if we raise boys to avoid misogyny and bad treatment of women under threat that it simply might curtail their bright futures, that's a good start, too. We'll take it as a win for now.
end quote from:
https://www.cnn.com/2018/09/25/opinions/boys-humiliating-girls-at-school-kavanaugh-filipovic/
Posted by intuitivefred888 at 2:18 PM