Corporations want to make money so they are not interested generally speaking in climate change. So, they have spent billions of dollars in the U.S. to manipulate minds through television to make people doubt climate change. This prevents people with a high school diploma or less who often don't have the capacity for Critical thought often taught in some colleges to ascertain that they are being brainwashed. As a result look at this map of the U.S. in regard to people who know about Climate change. If you look at the bottom map you can see what I'm talking about. You can see people are educated enough in the U.S. to know about Global Climate change but also have been brainwashed a lot to disbelieve it. So, if you look at the second map you can see how successful corporations have been brainwashing our country. Very Sad. 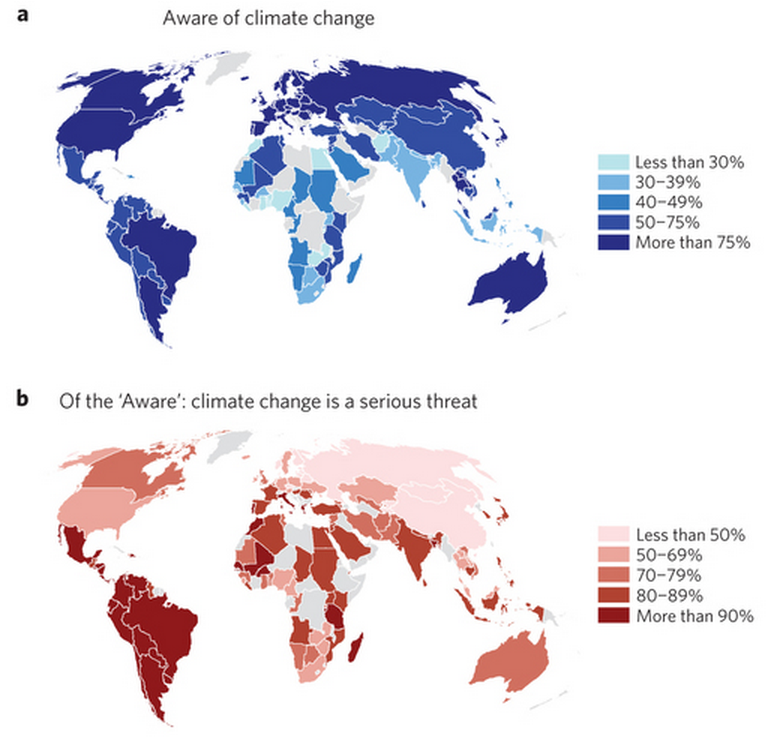 Email ThisBlogThis!Share to TwitterShare to FacebookShare to Pinterest
Labels: It looks like the corporate brainwashing campaign against Global Climate change worked