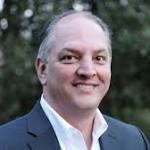 But violence against police officers is near an all-time low, according to data kept by the F.B.I. and private groups. In recent years, homicides have been less than half what they were in the 1970s, when there were far fewer officers. In 2015, 41 officers on duty were “feloniously killed,” a category that excludes accidental deaths, the second-lowest figure in the last 60 years; the lowest was in 2014.
So far this year, 20 officers have been fatally shot while on duty, according to the National Law Enforcement Officers Memorial Fund. That is up from 16 at the same point last year, but it is a pace that would still make 2016 one of the least deadly years on record.
Mr. Harris, Mr. Johnson and others have cited two fatal episodes. Last August, Darren H. Goforth, a sheriff’s deputy in Harris County, Tex., was shot to death as he was getting gas for his patrol car; and in December 2014, Wenjian Liu and Rafael Ramos, New York City police officers, were shot to death as they sat in a patrol car in Brooklyn.
In both cases, law enforcement officials attributed the killings to hatred of the police. The leader of a police union in New York blamed Mayor Bill de Blasio, who had voiced sympathy for protests against police killings, for the shooting there. The Harris County sheriff, Ron Hickman, said anti-law-enforcement speech, which he linked to Black Lives Matter, had promoted the killing of officers, a statement he later said he regretted, though he said he still believed Deputy Goforth had been targeted.
The assailant in New York had made it clear that he intended to kill officers in retaliation for the killings of black men, but in the Texas case, officials have not said what evidence they have about a motive. Both gunmen had histories of severe mental illness.
“Perception matters, and low-frequency, high-impact events drive perception,” whether that means viral video of a shooting by an officer or violence against an officer, said Jim Bueermann, president of the Police Foundation, a national group that researches and advises law enforcement. “Police officers believe that the odds have increased that they will be assaulted and ambushed and attacked, even though the numbers may not support that.”
Louisiana, like many states, already had a law that increased penalties for crimes committed against emergency responders. The hate crimes statute, which is separate, provides that up to five more years can be added to the prison sentence of a person who is convicted of a felony if the court finds that the victim was chosen based on prejudice against certain groups.
Mr. Harris noted that among the criteria already in the law were “membership or service in, or employment with, an organization.” That meant, he said, that adding law enforcement officers and firefighters simply makes explicit what was already implied.
The Louisiana bill caused few ripples until it was close to becoming law; some of the groups now lined up in favor and against it were not aware of it until a few days ago. It passed Louisiana’s Republican-controlled House 92 to 0. In the Republican-controlled Senate, it passed 33 to 3. Mr. Harris said he never expected it to draw much attention, but this week he said he had fielded calls from around the country.
Allison Padilla-Goodman, director of the Anti-Defamation League for the region that includes Louisiana, said hate crime laws originated because offenses motivated by bias were often brushed off, but “there is zero confusion that a crime against a cop gets treated very seriously.”
She added, “Hate crimes are about an identity-based bias, an immutable characteristic that a person cannot change. Adding a professional category changes and confuses the meaning of that.”
Mr. Bueermann, a former police chief of Redlands, Calif., said that covering officers under hate crimes laws “can reinforce the notion that hatred of a group because of who they are has no place in our society, which is good,” but it should be coupled with holding officers to higher standards of conduct.
He cautioned that the law’s supporters had opened a new debate that could go in directions they might not like.
“At some point, someone might suggest that abortion physicians should also be protected,” he said. “That if you are hunted down because of your profession, whatever the profession, that should be a hate crime.”
Posted by intuitivefred888 at 12:24 AM