Mars is presently emerging from an Ice Age

begin quote from:
Mars Is Shaking Off an Ice Age, New Research Shows

Mars is emerging from an ice age, a finding that could shed light on the past and future climates of both Mars and Earth, researchers said. The …

advertisement
Tech
Tech News
Mars is emerging from an ice age, a finding that could shed light on the past and future climates of both Mars and Earth, researchers said.
The orbit of Mars regularly undergoes changes that greatly affect how much sunlight reaches the planet's surface, which in turn can strongly alter the Red Planet's climate. Similar orbital variations called Milankovitch cycles are known to happen on Earth.
Read More: NASA Delays Mars InSight Lander Mission to 2018
Previous Martian climate models suggested that such orbital changes could lead to ice ages on Mars, when ice would cover most of the planet. Now, researchers said they have found evidence of these ice ages on Mars. 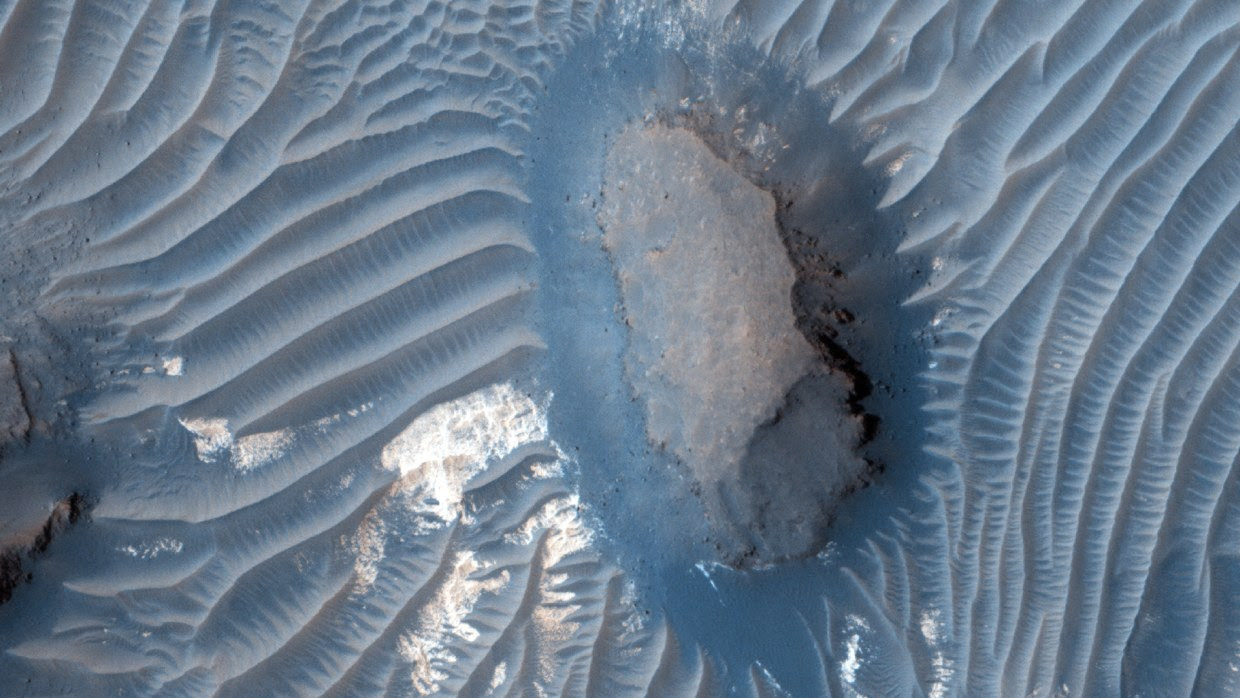 Mars Water 101: What's New in the New Discovery 1:01
Whereas ice ages on Earth involve polar ice caps growing in size, prior work suggested that Martian ice ages would involve shrinking polar ice caps. Meanwhile, on the Red Planet, glaciers at midlatitudes away from the poles would grow; during the interglacial periods between ice ages, ice would rapidly accumulate at the poles, while midlatitude glaciers eroded away.
This is because Mars can tilt more than Earth, causing the Red Planet's poles to receive more direct sunlight than its midlatitudes, making for longer summer days with higher temperatures, said study lead author Isaac Smith, a planetary scientist who did this work at the Southwest Research Institute in Boulder, Colorado, and who is now at the Planetary Science Institute in Tucson, Arizona.
The scientists detailed their findings in the May 27 issue of the journal Science.


Hunting an ice age on Mars

To look for evidence of the comings and goings of ice ages, scientists examined radar scans of Mars' polar ice caps taken by the Mars Reconnaissance Orbiter spacecraft. The researchers focused on the extensive layers of ice at the north pole of Mars, since the ice layers at the southern ice cap of Mars are much less extensive. 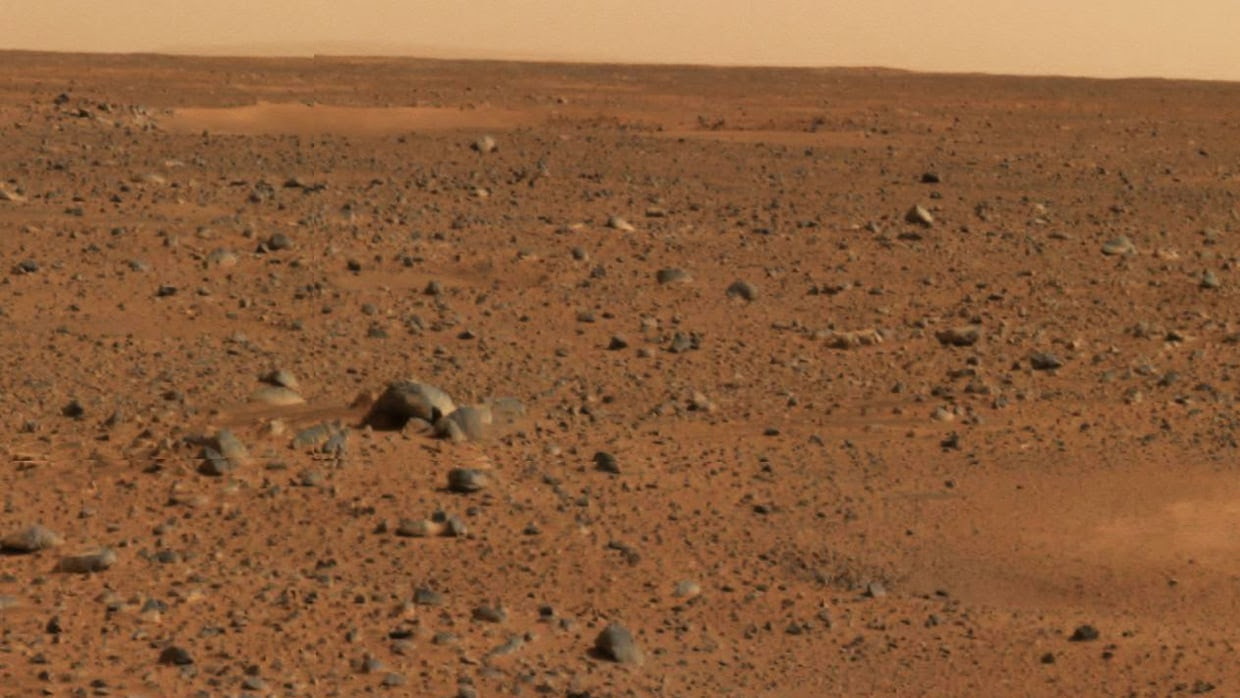 Why Is Mars Red? 0:42
The researchers detected multiple signs of an ice age and an interglacial period at the northern Martian ice cap. For example, ice ages and interglacial periods would lead to clusters of relatively thin and thick layers of ice, respectively, at the Martian poles. This is what the researchers found in the data. Moreover, as ice erodes, spiral troughs and other distinct features can result within the ice, and the scientists found that the motions of these spiral troughs could sometimes abruptly increase in slope, reverse direction or get completely buried, evidence of ice accumulation and thus changes in climate.
Read More: Mars Shows Strong Signs of Flowing Water, Researchers Say
"All around the ice cap, there is evidence for a climate change from ice age to interglacial period," Smith told Space.com.
The researchers said their findings suggest that Mars recently emerged from an ice age, with ice beginning its retreat about 370,000 years ago. Since then, the scientists estimated that about 20,900 cubic miles (87,000 cubic kilometers) of ice have accumulated at the poles of Mars, enough to cover Mars in about 2 feet (60 centimeters) of ice. Most of this ice accumulated at the north pole of Mars, the researchers added.
This is a condensed version of a story that originally appeared on Space.com. Read the original story here. Follow Charles Q. Choi on Twitter @cqchoi. Follow us @Spacedotcom, Facebook and Google+.
Posted by intuitivefred888 at 9:34 AM

Email ThisBlogThis!Share to TwitterShare to FacebookShare to Pinterest
Labels: Mars is presently emerging from an Ice Age