Sci/Tech
Each large mammal species that goes extinct is another nail in the coffin of the extinction of the human race. Every forest cut down or ocean polluted is also another nail in the coffin of the human race. As the north pole melts out possibly for the 2nd time this year it is part of the 6th Great Extinction we are all experiencing right now here on earth.

They have gone from 100,000 in the wilds to 7000 now. However, even with humans you would need at least 10,000 humans to maintain a diverse breeding pool to continue humans from going extinct. So, they have dropped below an optimum for any species to survive and be healthy as a species.

So, though only two of a species might be enough to maintain a species this also means brothers and sisters breeding which is not a good idea in the long run for any species to stay strong. This usually makes mentally weak or insane offspring in the short in the short and long run of it and other potential genetic abnormalities are possible with too small a breeding pool of ANY species.
Cheetah numbers crashing; extinction possible
Cheetahs are closer to extinction than previously thought. USA TODAY The world's fastest land animal could be sprinting toward extinction, a new study reports Monday. Only about 7,100 cheetahs are left in the wild on Earth, … 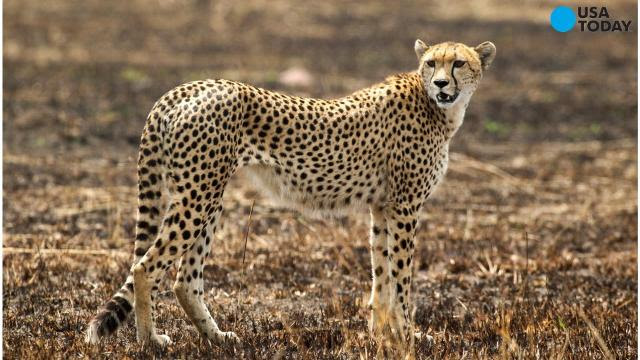 Cheetahs are closer to extinction than previously thought. USA TODAY 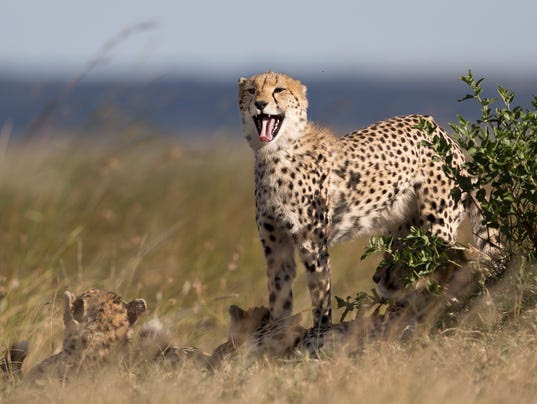 (Photo: Ben Curtis, AP)
The world's fastest land animal could be sprinting toward extinction, a new study reports Monday.
Only about 7,100 cheetahs are left in the wild on Earth, scientists say in the study. This is the best estimate yet of the global cheetah population, according to study lead author Sarah Durant of the Zoological Society of London.
Most of the decline has been in the past 100 years. The current number is down from an estimated 100,000 at the end of the 19th century, the National Wildlife Federation reports.
The remaining cheetahs live mainly in Africa, although there is also a small population hanging on in Iran. "The population is in decline," Durant said, noting that of the 18 groups of wild cheetahs that scientists have studied in Africa, 14 were decreasing.
For instance, Zimbabwe's cheetah population has plummeted from 1,200 to about 170 animals in just 16 years, representing an astonishing loss of 85% of the country's cheetahs.
"Given the secretive nature of this elusive cat, it has been difficult to gather hard information on the species, leading to its plight being overlooked," Durant said. "Our findings show that the large space requirements for cheetah, coupled with the complex range of threats faced by the species in the wild, mean that it is likely to be much more vulnerable to extinction than was previously thought.
"We need to uplist cheetah threat status from vulnerable to endangered," she added. The group that oversees these listings is the International Union for the Conservation of Nature, which maintains the Red List of Threatened Species.
About 77% of cheetahs live outside of wildlife reserves and other protected areas, the study said. This requires governments and villages to promote tolerance for a carnivore that sometimes hunts livestock, the Associated Press said.
Besides habitat loss, cheetahs face attacks from villagers, loss of antelope and other prey that are killed by people for their meat, an illegal trade in cheetah cubs, the trafficking of cheetah skins and the threat of getting hit by speeding vehicles.
Scientists estimate the cheetah has been driven out of 91% of its historic range.
The study appeared in the peer-reviewed journal Proceedings of the National Academy of Sciences. Other groups involved in the study were the Wildlife Conservation Study and Panthera. 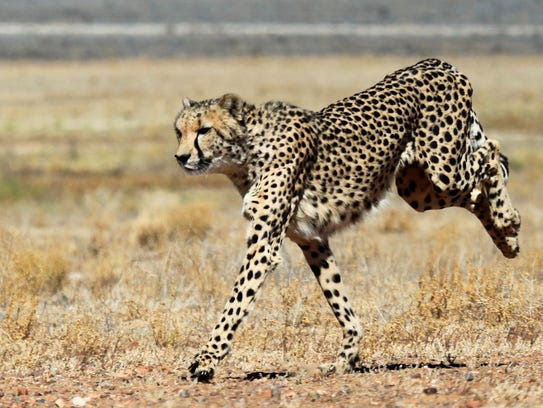