If a state or federal congress acts unconstitutionally like the supermajority Republican State legislature did in North Carolina and inacts something unconstitutional to federal or state law it can be struck down.

I think this will happen a lot to not only this Republican state legislature but likely also to Trump when he also tries to do things that are unconstitutional as well.

Judge temporarily blocks law curbing power of new N.C. governor
A law shifting control over the state's election board won't go into effect until the governor-elect's legal challenge to it is resolved. Video provided by Newsy Newslook Only a day before North …
Judge freezes North Carolina law stripping next governor's powers
TOP TRENDING
6 things you should ALWAYS have in your car
2509
2
54 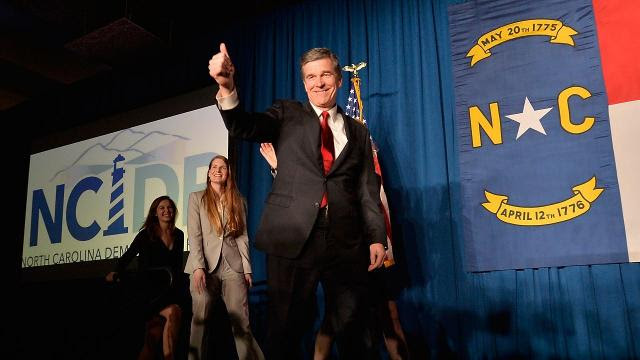 A law shifting control over the state's election board won't go into effect until the governor-elect's legal challenge to it is resolved. Video provided by Newsy Newslook 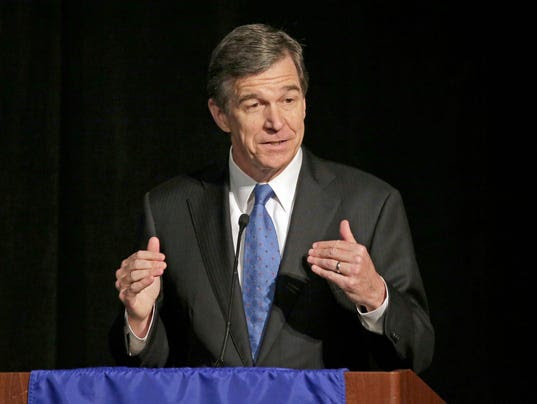 (Photo: Chuck Burton, AP)
Only a day before North Carolina's new governor replaces the man he ousted in a bitter election, a state court temporarily has delayed implementation of a law passed by the Republican-dominated legislature that would have curbed his powers as the state's chief executive.
Gov.-elect Roy Cooper and Gov. Pat McCrory have both sought court intervention in a political struggle that continues despite McCrory's loss by 10,000 votes in November.
At stake is control of the North Carolina political landscape that could open the way for Democrats to cut into Republican domination of the legislature in the next election.
On Friday, McCrory, a Republican, asked Supreme Court Justice John Roberts in something of a political "Hail Mary" to block orders that the state legislature must quickly redraw legislative boundaries already declared illegal because of racial gerrymandering.
The move came the same day that Cooper, a Democrat who will be sworn in as a governor shortly after midnight Saturday, persuaded a state Superior Court judge to temporarily block enactment of a law, passed earlier this month by the legislature, that would have restructured the state elections board and reduced Cooper's control of it.
The judge froze the law Friday pending further court hearings.
The law, passed by lawmakers in a hastily convened special session in December, would dilute Cooper's power over the state electoral board by dissolving the old state board and creating one in which he would not be able to appoint the majority of members.
"This complex new law passed in just two days by the Republican legislature is unconstitutional and anything but bipartisan," Cooper said in a statement, according to Reuters. "A tie on a partisan vote would accomplish what many Republicans want: making it harder for North Carolinians to vote."
Senate leader Phil Berger, a Republican and Cooper critic, countered that blocking the creation of a board with equal numbers of party members "may serve his desire to preserve his own political power, but it does not serve the best interests of our state."
If McCrory's long-shot Supreme Court effort succeeds, it would delay a federal court order for the redrawing of district boundaries in March and the holding of an election in 2017. A one-year delay would mean Cooper would have to contend with the Republican's veto-proof majority in the legislature for two years.
The political battle is in response to a three-judge federal court ruling in August that found the state's 2011 electoral maps included 28 illegal districts. The court, however, did not order new districts redrawn immediately because it was too close to the 2016 elections.
After the election, however, the court ordered the General Assembly to draw new maps by March 15 and hold special elections in 2017, The Charlotte News & Observer reports.
Posted by intuitivefred888 at 2:13 PM