Two different branches of the federal government argued against each other 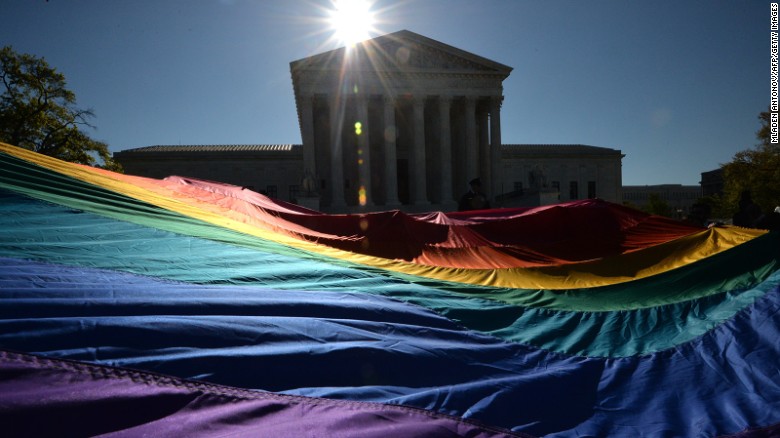 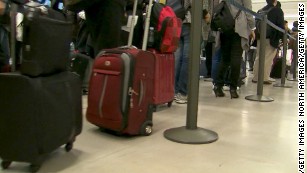 Supreme Court sets travel ban arguments for final day of term
The ruling means that employees in those two circuits can use existing civil rights law to sue for discrimination based on sexual orientation.
It is a victory for the estate of Donald Zarda, a skydiving instructor who died before trial but his estate had continued his suit.
"Now two courts have ruled emphatically that we are right," said Gregory Nevins of Lambda Legal, who filed briefs in support of Zarda. "This is a big win, and we hope for a national ruling in the future."
The case stems from 2010, when Zarda was an Altitude Express instructor for Rosanna Orellana. Zarda's role was to be tied to the back of Orellana, deploy the parachute and supervise the jump. According to court papers, at some point Zarda informed Orellana that he was gay. After the jump, Orellana's boyfriend learned that Zarda had disclosed his sexual orientation and called Altitude Express with various complaints about Zarda's behavior. Zarda was fired. 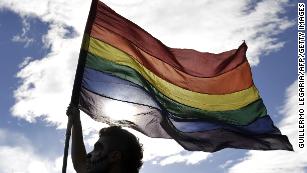 LGBT employment cases on road to Supreme Court
The company contended that Zarda was fired for failing to provide an enjoyable experience to customers. Zarda asserted that his actions were appropriate and he was fired because of his sexuality. He filed a complaint with the Equal Employment Opportunity Commission alleging sex discrimination in violation of Title VII.
The case was unusual, since the EEOC supported Zarda, while the Justice Department was on the other side.
"The EEOC is not speaking for the United States," Justice Department lawyers said in their brief.
After the ruling, Justice spokesman Devin O'Malley issued a statement saying the department is "committed to protecting the civil and constitutional rights of all individuals" but that it is dedicated "to the fundamental principle that the courts cannot expand the law beyond what Congress has provided." 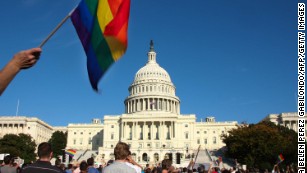 Is the Justice Department right about gay rights and the law?
Saul D. Zabell, an attorney for Altitude Express, said he has not decided whether to appeal the case to the Supreme Court.
He said that while his clients recognize that sexual orientation needs to be protected under the law, a jury in the case found that Zarda had not been terminated because of his sexual orientation but instead it was based on his inappropriate behavior.
Coming more than two years after the Supreme Court cleared the way for same-sex marriage, government lawyers wrote in briefs that "to be sure," there have been "notable changes in societal and cultural attitudes about such discrimination," but they insisted that Congress has "consistently" declined to amend Title VII in light of those changes.

DOJ files amicus brief that says Title VII does not protect sexual orientation
They said that even changes in societal attitudes "do not present courts with a license to rewrite a constitutionally valid statutory text under the banner of speculation about what Congress might have done to implement a clear statute's policy objectives."
Lawyer Gregory Antollino and the LGBT rights group Lambda Legal argued in support of Zarda's estate.
"If you discriminate on the basis of sexual orientation, you necessarily take into account the sex of the employee," said Antollino. "You can't take the 'sex' out of 'sexual orientation.' "
Posted by intuitivefred888 at 11:16 PM