WASHINGTON - Peter Theo Curtis, a writer and scholar with ties to the Boston area who was held captive for nearly two years by one of the Islamic militant groups operating in Syria, was released Sunday after emissaries from the government of Qatar won ...
American Journalist Peter Theo Curtis Released by Captors in Syria
U.S. journalist freed in Syria
Kidnapped US journalist freed in Syria

By Bryan Bender and Dan Adams 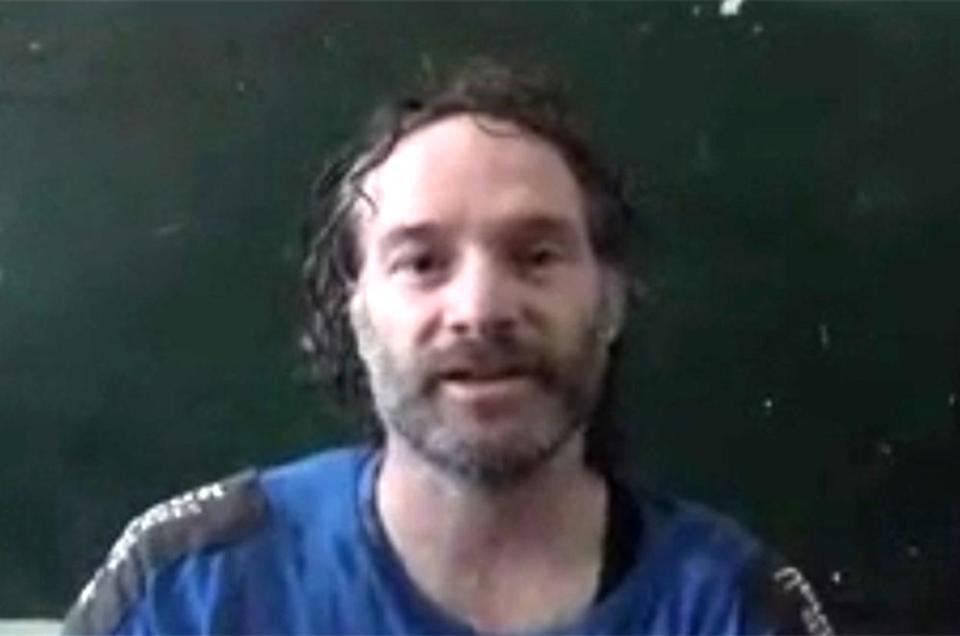 Writer Peter Theo Curtis has ties to the Boston area.

WASHINGTON — Peter Theo Curtis, a writer and scholar with ties to the Boston area who was held captive for nearly two years by one of the Islamic militant groups operating in Syria, was released Sunday after emissaries from the government of Qatar won his freedom on humanitarian grounds, in a stark contrast to the brutal murder of fellow war correspondent James W. Foley .
Curtis’s 22 months in captivity were kept from the public at his family’s request since he was nabbed near the Syrian border in October 2012 by Al Nusra Front, one of the groups seeking to topple President Bashir Assad of Syria. Al Nusra Front has ties to the Al Qaeda terrorist network.
Curtis, 45, who wrote dispatches under the name Theo Padnos and previously chronicled disaffected young Muslims in Yemen in a book titled “Undercover Muslim,” had studied Arabic in Syria.

He was handed over to United Nations peacekeepers in the Israeli-occupied Golan Heights on Sunday evening, a UN spokesman in New York said. After it was determined he was in good medical condition, he was transferred to representatives of the US government, according to the UN.
“We are so relieved that Theo is healthy and safe and that he is finally headed home after his ordeal,” his mother, Nancy Curtis, who lives in Cambridge, said in a statement, “but we are also deeply saddened by the terrible, unjustified killing last week of his fellow journalist, Jim Foley, at the hands of the Islamic State in Iraq and Syria, ISIS.”
Over the past two years she has been in close touch with the family of Foley, the award-winning reporter from New Hampshire who was captured a month after Curtis and whose videotaped beheading was broadcast around the world last week, she said. A Mass was held in Foley’s honor Sunday.
“I have gotten to know the Foley family during these many long months of uncertainty and worry and have seen Diane Foley’s bravery and her heroic efforts firsthand, efforts that helped rally the spirits of the families of all the journalists and others being held captive,” Curtis’s mother added, referring to Foley’s mother.
“We appeal to the captors of the remaining hostages to release them in the same humanitarian spirit that prompted Theo’s release.”
She said while she did not know all the details of the terms of the deal, she said she was told it was on “a humanitarian basis without the payment of money.”
Foley’s captors, the anti-Western Islamic State in Iraq and Syria, had demanded a $130 million ransom for his release. The US government refused to pay, citing longstanding policy not to negotiate with terrorists, and it proved to be a sum that neither Foley’s family nor the Boston-based GlobalPost news service he was writing for could raise in time.
Senior US officials in Washington described some of the diplomatic maneuvering that eventually won the release of Curtis.
Secretary of State John F. Kerry raised Curtis’s plight with “a large number of countries” that have relationships with some of the myriad groups who have been seeking the ouster of Assad in Syria since 2011, including Al Nusra,” according to a senior Obama administration official who was not authorized to speak publicly.
But the government that ultimately proved most crucial, they said, was Qatar, the small Persian Gulf emirate allied with the United States that has also supported some of the anti-Assad groups in Syria.
Kerry, in a statement, also credited the Curtis family for never giving up on him.
“Theo’s mother, whom we’ve known from Massachusetts and with whom we’ve worked during this horrific period, simply refused to give up and has worked indefatigably to keep hope alive that this day could be a reality,” said Kerry.
Curtis is a graduate of Middlebury College in Vermont and earned a doctorate in comparative literature from the University of Massachusetts.
Kirk Kardashian, a former journalist who lives in Woodstock, Vt., and who met Curtis in 2003, said he saw him just before he left for the Middle East in October 2012. Kardashian said he was “elated and somewhat in shock” to hear that Curtis had been released.
Kardashian, who is now a senior writer at the Tuck School of Business at Dartmouth College, said he and other friends had warned him of the danger he faced. He later learned from Curtis’s parents that his friend had been taken hostage.
“Theo is an intrepid soul — he had fear, but he was brave,” Kardashian said. “He understood the risks of going over there.” 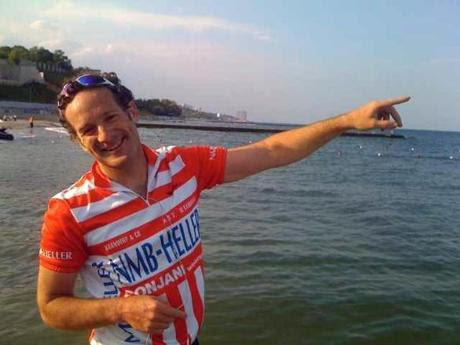 Family photo
Peter Theo Curtis graduated from Middlebury College and earned a doctorate from the University of Massachusetts.

He may have understood his captors better than virtually any Westerner.
In researching his book “Undercover Muslim,” which was published in Great Britain, Curtis went as far as pretending to convert to Islam while in Yemen, where he studied under the tutelage of followers of Al Qaeda.
Usually barefoot and wearing a flowing robe, according to a 2010 report of his experience by GlobalPost, Curtis tried to befriend one young American convert in particular.
“Taciturn, withdrawn, maybe depressed,” is how Curtis described Carlos Bledsoe.
“He didn’t like me very much. He was an ‘are you with me or are you against me’ kind of guy. And he felt I was against him.”
After his encounter with Curtis, in June 2009, Bledsoe drove by a military recruiting office in Little Rock, Ark., and opened fire, killing one soldier and wounding another. By then, Bledsoe had changed his name to Abdulhakim Mujahid Muhammad.
“I wanted to know about the Quran,” Curtis said in explaining his extraordinary efforts to understand militant Islam in the 2010 interview. “I wanted to know about spiritual experience in Islam. I wanted to travel across the nation. I wanted to do all the things that the converts wanted to do. I just did not believe in the God and the prophet and all that stuff.”
Curtis’s family said Sunday that he changed his name from Peter Theophilus Eaton Padnos after publishing “Undercover Muslim” so he could travel without attracting the attention of authorities in Arab countries. The family statement added that he first became interested in disaffected youth when he was a teacher in the Vermont prison system, an experience chronicled in his first book, “My Life Had Stood a Loaded Gun.
It was unclear Sunday whether Curtis’s deep insight into radical Islam, along with his Arabic fluency, helped persuade his captors to let him go.
Al Nusra Front, also known as Jabhat al-Nusra, is a branch of Al Qaeda operating in Syria and Lebanon, was designated a terrorist organization by the US State Department in January 2012.
The New York Times reported that Curtis had been held alongside American photojournalist Matthew Schrier, who was able to escape July 2013 by standing on Curtis’s back and squeezing through an opening in the walls of their cell.
It was also not immediately clear exactly when Curtis would return to the United States,, but National Security Adviser Susan E. Rice said in a statement that he would be reunited with his family “shortly.”
“Theo has a deep concern and regard for the people of Syria, which is why he returned during the war,” his mother said in the statement Sunday.
Indeed, his deep interest in the country was evident by some of the posts Curtis made to his Twitter account before his abduction.
On Dec. 6, 2011, he left no doubt about what he thought of the Syrian government’s crackdown on opponents: “Great. Murder people in the streets. Relentlessly. Without mercy. Then call for national dialog.”
“He wanted to help others and to give meaning and to bear witness to their struggles,” said his mother. “I am very fortunate that I do not have to tell his whole story. He eventually will be able to do so himself.”
end quote from:

Email ThisBlogThis!Share to TwitterShare to FacebookShare to Pinterest
Labels: Militants free US writer with Mass. ties who was held in Syria