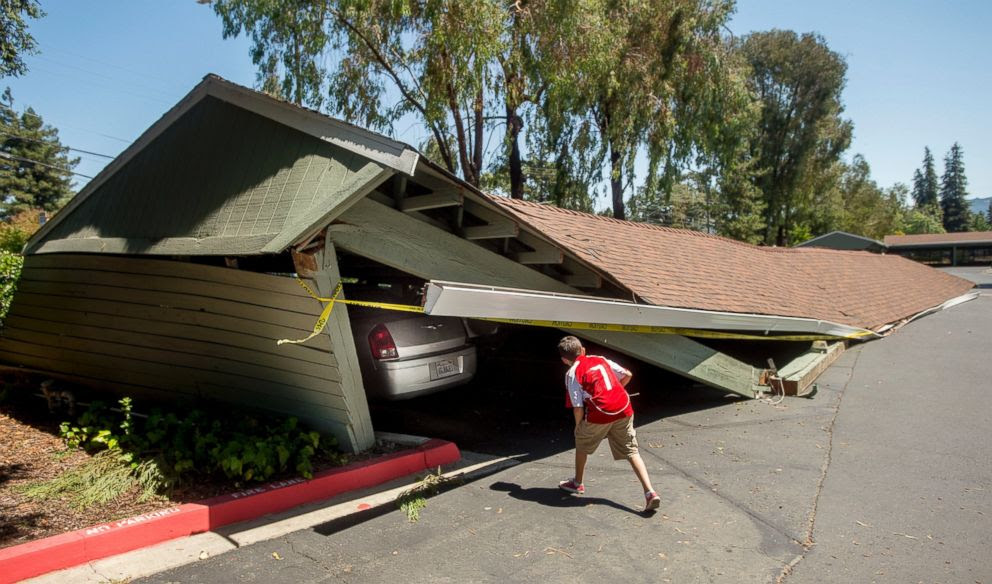 California Governor Declares State of Emergency After Earthquake
Next Video Fires Caused by Earthquake Spread Quickly in Mobile Home Park
Auto Start: On | Off
A 6.0 magnitude earthquake is enough to jolt most people awake -- and here's proof.
Jawbone, the maker of a fitness tracking bracelet, analyzed data from its tech savvy users to create an infographic showing how the earthquake impacted sleep patterns.
The earthquake’s epicenter was located about 6 miles south-southwest of Napa, California, and 51 miles west-southwest of the state capital, Sacramento.
Damage From Northern California Earthquake Could Reach $1 Billion
Napa Valley Wineries Picking Up the Pieces After Earthquake
This Is What Northern California Looks Like After Earthquake
Jawbone looked at data from cities that are less than 15 miles from the epicenter and found that 93 percent of users in those cities woke up abruptly when the quake struck at 3:20 a.m. 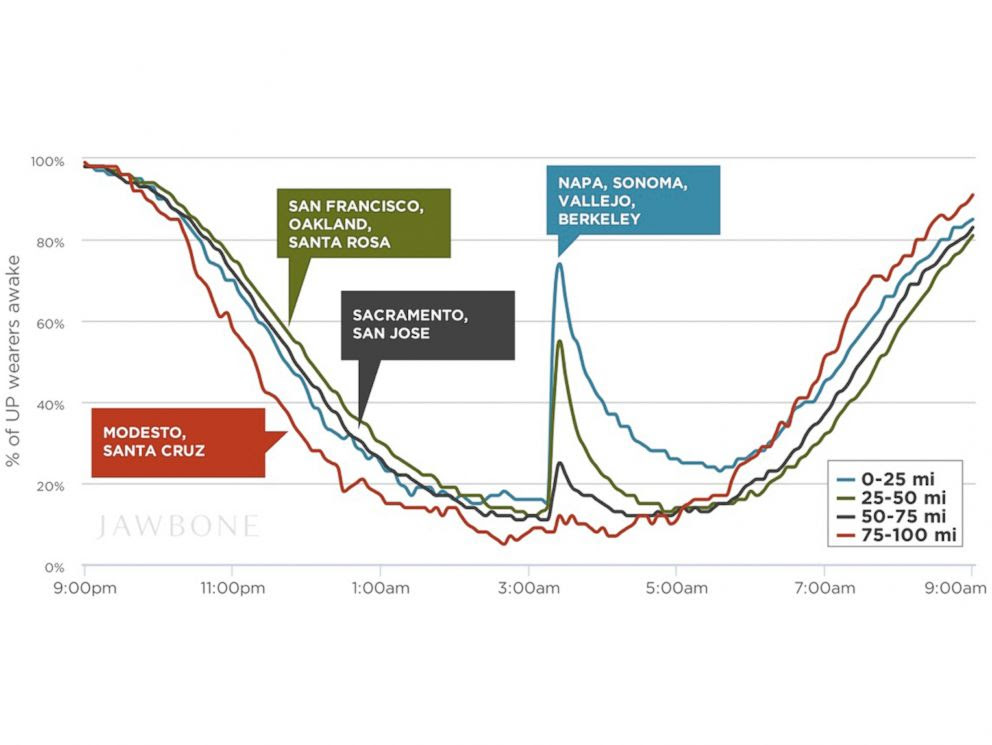 Brian Wilt/Jawbone
PHOTO: This graphic shows the changes in sleep of Jawbone's UP wearers during the earthquake in California's Bay Area with the distance from the epicenter.
Not surprisingly, many residents took a while to drift back to sleep, while 45 percent of wearers less than 15 miles from the epicenter opted to stay awake for the rest of the night.
The earthquake was so strong that 55 percent of wearers in San Francisco and Oakland, even farther from the epicenter, were woken up by the vibrations.
It was the largest one to shake the Bay Area since the 1989 6.9-magnitude Loma Prieta Earthquake.
end quote from:

Email ThisBlogThis!Share to TwitterShare to FacebookShare to Pinterest
Labels: Proof That You Can't Sleep Through An Earthquake