Putin says he's not playing favorites with Trump: Should we believe him?

Putin has always been very Macheavellian in this thinking. The KGB trained him to think this way. The CIA often trains it's operatives to think this way too only with a U.S. bias instead of a Russian Bias. So, are we to believe him? NO. Absolutely not, because he is NOT acting in U.S. best interests. However, if Putin was a U.S. president he likely would be loyal to the U.S. like he is loyal to Russia now. It's like looking at a sports fan for a certain team. He's going to be loyal ONLY to that team to the detriment of any other team. He is not for the U.S. in any way. You cannot believe as an American anything he says.

Russia's Not Playing Favorites but Trump Does Speak for the People, Putin Says 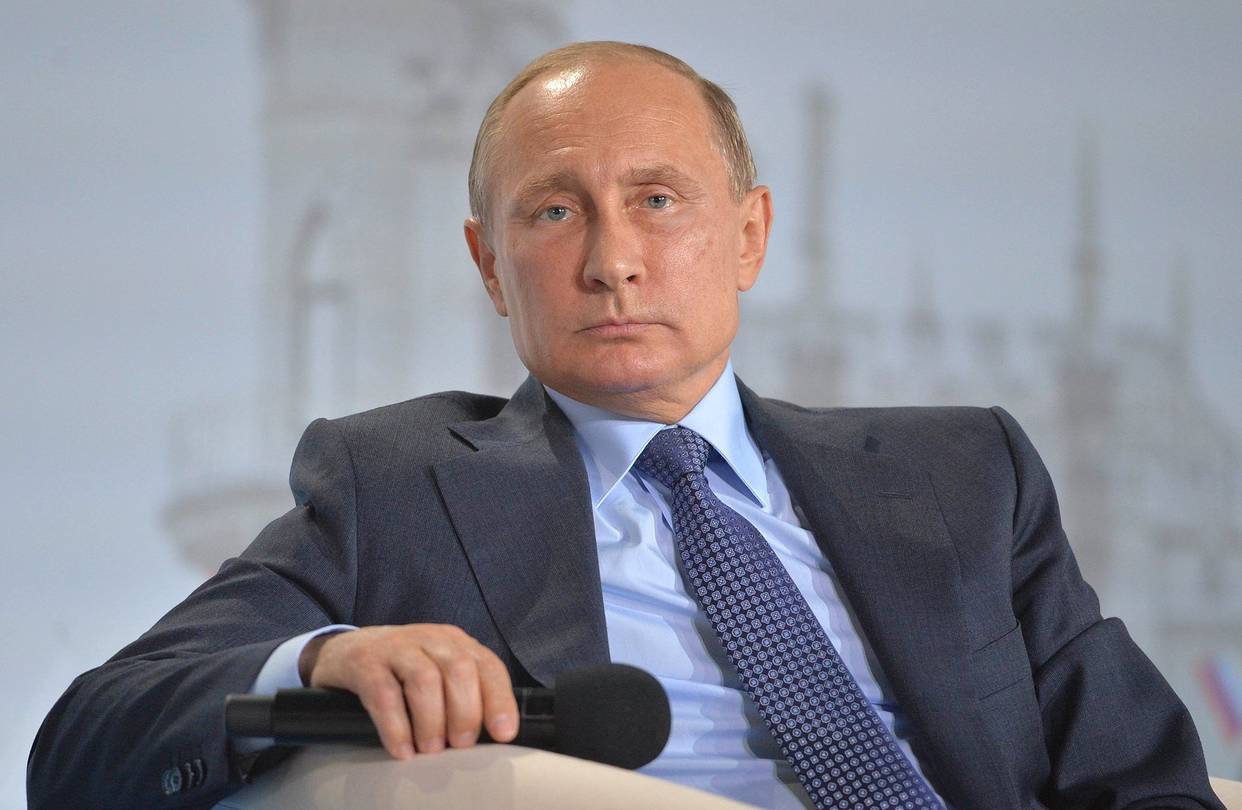 0:00 / 0:00
Will Donald Trump follow running mate Mike Pence's tougher tone on Russia's Vladimir Putin? WSJ Gerald F. Seib explains why this has become a central issue in the campaign. Photo: AP
0:00 / 0:00
Hillary Clinton tried to tie Donald Trump to Russian leader Vladimir Putin during the final presidential debate in Las Vegas, saying the GOP candidate was Putin's "puppet." Photo: Getty Images
“For us, it doesn’t really make a difference but of course we can’t not welcome words, thoughts, intentions that are publicly expressed about normalizing relations between the U.S. and Russia,” he said.
The Kremlin has long been critical of the democratization agenda pursued overseas by the U.S. and supported actively by Mrs. Clinton. Mr. Putin has often accused Washington of using democracy promotion as a front for regime change, with the U.S. both openly and covertly funding groups supporting democracy in Russia.
He dismissed the idea that Moscow could have some impact on the U.S. elections.
“Does anybody seriously think that Russia could somehow influence the choice of the American people?” he said. “Is it a banana republic or something? America is a great power.”
Earlier this month, U.S. intelligence agencies directly accused the Russian government of trying to interfere in the elections by leaking emails from the Democratic National Committee and other entities.
Mr. Putin criticized the U.S. election campaign, saying that political issues had been “watered down.”
“Elections have stopped being an instrument of change, and have been reduced to scandals, to mudslinging, to questions of who pinched whom and who is sleeping with whom,” he said.
The Russian leader also criticized the West for propagating what he called the “fictional, mythical” military threat Moscow poses to the rest of the world.
“It’s truly a profitable activity. This way they can push through new military budgets in their countries, they can bend allies to the interests of one superpower, they can expand NATO and move its infrastructure, troops, and equipment closer to our borders,” he said.
Ties between Russia and the West were frayed by the Ukrainian conflict of 2014, and relations have soured further in recent months as a cease-fire in Syria, brokered by Russia and the U.S., broke down almost immediately. The U.S. said earlier this month it was suspending talks with Russia because of its role in Aleppo, where Russia has been accused of helping Syria in the aerial bombardment of the city.
Relations with Europe have withered, too. Mr. Putin canceled a trip to Paris after calls by the French foreign minister to investigate Moscow for war crimes for its role in the Aleppo bombings, and German Chancellor Angela Merkel said her government would consider new sanctions against Moscow. Over objections from Italy, European Union leaders backed off immediate threats of sanctions against Russia.
Mr. Putin on Thursday placed the blame for the breakdown of the Syrian cease-fire squarely on the U.S., where he said political forces had worked to undermine the deal.
“In Washington there were forces who did everything so that these [agreements over Syria] were not implemented in practice,” he said. “It would have seemed that after lengthy negotiations, huge efforts, and difficult compromises, we would have finally formulated a united front against terrorism, but that’s not what happened.”
Write to Laura Mills at Laura.Mills@wsj.com
Posted by intuitivefred888 at 12:10 PM

Email ThisBlogThis!Share to TwitterShare to FacebookShare to Pinterest
Labels: Putin says he's not playing favorites with Trump: Should we believe him?