Putin bows to his most dangerous enemy: Russian Rap Music

Vladimir Putin bows to his most dangerous enemy

Inside the Hungarian Parliament Building

The gospel choir that changed history

Video shows front lines of the war with ISIS

Fight against ISIS in Syria is far from over

How 2 Reuters journalists were jailed

Japan will resume commercial whaling in 2019

Queen: Respect differences of others

13 arrested after tourists killed in Morocco

How the tsunami occurred without warning

Inside the Hungarian Parliament Building

The gospel choir that changed history

Video shows front lines of the war with ISIS

Fight against ISIS in Syria is far from over

How 2 Reuters journalists were jailed

Japan will resume commercial whaling in 2019

Queen: Respect differences of others

13 arrested after tourists killed in Morocco

How the tsunami occurred without warning

Kate Maltby is a broadcaster and columnist in the United Kingdom on issues of culture and politics, and a theater critic for The Guardian. She is also completing a doctorate in Renaissance literature, having been awarded a collaborative doctoral degree between Yale University and University College London. The views expressed in this commentary are her own. View more opinion articles on CNN.
(CNN)The kids are alright. Or so says Vladimir Putin, defender of Slavic values, crusher of political dissent and (it seems) indulgent fan of Russian rap music.
Speaking on Saturday at a St. Petersburg forum on arts and culture, the Russian Presidentwarned against heavy-handed censorship of Russian rap.
On the surface, it's an odd move. Like most authoritarians, Putin likes to present himself as a social traditionalist -- defending Russia's viciously homophobic restrictions on gay life and decriminalizing domestic violence in a nation which still expects women to obey their husbands. Among the international alt-right, Putin is widely seen as a last defender of Christian values. 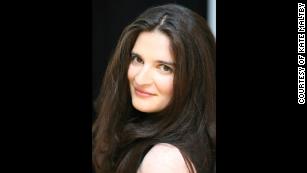 Kate Maltby
But rap, he seems prepared to concede, is not a cultural threat. Although noting on Saturday that the state had a role to "navigate and guide" the permitted content of rap lyrics, Putin celebrated the artform as part of a natural cultural evolution, comparing it to the waltz.
"It is well known to everyone that waltzes were not very well received in their time; it was considered mauvais ton [vulgar] to dance a waltz. Then it became classic, in fact," he said. Putin himself danced a waltz at the recent wedding of Austria's Russia-friendly foreign minister -- perhaps he'll try a solo rap offering at the next Trump family wedding.
Does this mean that Putin has suddenly discovered the value of freedom of expression? Don't kid yourself. Russia remains a nation under the heavy yoke of censorship.
Just a fortnight ago, the Putin-controlled judiciary jailed 77-year-old Lev Ponomarev for posting a Facebook status advertising a peaceful protest. Russia is currently ranked 148 out of 180 countries in the world for media freedom by Reporters Without Borders. And Index on Censorship (of which I am a trustee) recently reported on Russia's intensifying prosecution of professional journalists, who are increasingly leaving the country. 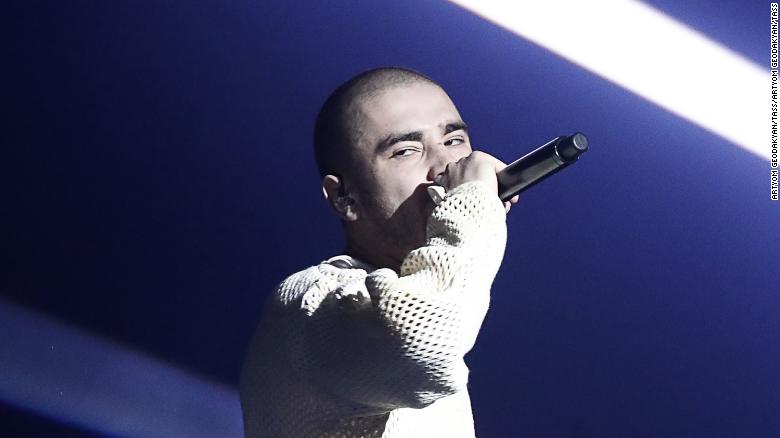 Rapper Husky (Dmitry Kuznetsov) performs at Moscow's Adrenaline Stadium.
What's changed with the rise of rap is that Putin has suddenly found a form of dissent too potent for him to control. Rap is wildly popular -- it's easier to idolize a rapper than a journalist and much more fun. Putin's recent comments follow the arrest of "Husky," aka Dmitry Kuznetsov, a young artist who defied police orders to shut down a recent concert and instead jumped on a car to keep performing to his fans. Most importantly, his fans wouldn't leave his side. Kuznetsov was sentenced to 12 days in jail, but the sentence was quashed after public outcry.
It's rare for a political dissident or a campaigning journalist to gather enough public support to bust a jail sentence. The popularity of rappers like Kuznetsov is what protects them.
Intriguingly, Kuznetsov was once a journalist himself, but reportedly worked for a state media organization that required total loyalty to the ruling party orthodoxy. In his rap output, he's much more critical of contemporary Russian life, but still skirts just away from outright criticism of Putin. He sings about poverty, but not explicitly about the causes of that poverty. 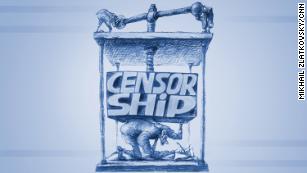 Russia is killing what little independent press it has
One Husky track tells the tale of a king indulging in a banquet while his people starve. The title of the song? October 7. Perhaps it is just coincidence that the date is the birthday of Putin. Then again, art has a capacity for insinuation that allows it greater political dexterity than journalism.
Throughout the history of authoritarianism, and particularly in the Russian sphere of influence, music -- popular and classical -- has always snuck below the censor's radar to be a rallying cry for dissent. Tom Stoppard's play "Rock and Roll" celebrates the role of rock band Plastic People of the Universe in inspiring Czech protest against Soviet occupation.
Famously, both Dmitri Shostakovich's Fifth and Seventh symphonies were approved by Soviet authorities as patriotic works of state loyalty, but have been widely celebrated for their subtext of mournful resistance. If you play in a minor key, the censor can't prove you're complaining about him.
What Putin seems to have realized recently is that rappers are a far more dangerous enemy than old-school political activists. The aging Ponomarev has 9,553 followers on his troublesome Facebook page, while Kuznetsov, 25, got 2.8 million views on YouTube for a recent track.
For more opinion...
Sign up for our new newsletter.
Join us on Twitter and Facebook
And although Russia currently looks aggressive on the world stage, Russia experts have been noting recently that Putin is weaker at home than he has been for a long time. Low energy prices continues to squeeze the economy, and recent plans to raise the retirement age backfired.
So, if you can't beat 'em, join 'em. Putin seems to have decided to let Russia's rappers have a little leeway, in the hope they'll lose interest in him as an opponent. Whether this repressive tolerance will work is yet to be seen.
But from a purely cynical view, Putin has good reason to point to the waltz as a model. As radical as it might once have been, by the mid-nineteenth century its regulated, formal versions had been integrated into the most repressive royal courts in Europe. There's nothing as impotent as state-sanctioned fun.
end quote from:
https://www.cnn.com/2018/12/19/opinions/putin-rap-music-political-strategy-maltby/index.html
Posted by intuitivefred888 at 10:24 PM

Email ThisBlogThis!Share to TwitterShare to FacebookShare to Pinterest
Labels: Putin bows to his most dangerous enemy: Russian Rap Music