Axelrod: I cried when they passed Obamacare

Axelrod: I cried when they passed Obamacare - CNN - CNN.com

www.cnn.com/2017/09/21/...cried-when-they-passed-obamacare-axelrod/index.html
20 mins ago - David Axelrod is a CNN commentator and host of the podcast "The Axe Files," now a regularly featured show on CNN. He was senior adviser to ...

Axelrod: I cried when they passed Obamacare

Trump: I'll turn to Dems if I need to

Schumer: 'We are not celebrating'

McCain votes 'no' on Obamacare repeal

Paul: Graham-Cassidy not a repeal of Obamacare

Why is health care in the US so expensive?

Schumer: 'Trumpcare' is a sham

Trump: I'll turn to Dems if I need to

Schumer: 'We are not celebrating'

McCain votes 'no' on Obamacare repeal

Paul: Graham-Cassidy not a repeal of Obamacare

Why is health care in the US so expensive?

Schumer: 'Trumpcare' is a sham

David Axelrod is a CNN commentator and host of the podcast "The Axe Files," now a regularly featured show on CNN. He was senior adviser to President Barack Obama and chief strategist for the 2008 and 2012 Obama campaigns. The opinions expressed in this commentary are his.
(CNN)I wept the night the Affordable Care Act passed.
Through my closed office door in the White House, I could hear President Obama and my colleagues cheer as the final tally came in from the House of Representatives that, at long last, would send the ACA to his desk. But I wasn't there. Sensing my emotions welling, I had excused myself from the gathering in the Roosevelt Room as the votes mounted and walked across the hall to be alone and collect my thoughts.
This unexpected burst confused me. I had, after all, been involved in many public battles over the course of my career. So why was I sobbing now?
Proud as I was, I knew it wasn't because of the prodigious political accomplishment the president had just achieved, some over-the-top elation because my boss had notched a historic victory. It was much more personal: My thoughts were focused on my own experience in the health care system, as the father of a child with a chronic illness. 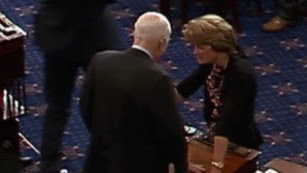 Tension on Senate floor amid health care fight 01:37
When my daughter, Lauren, was 7 months old, my wife found her gray and limp in her crib. Susan, at first, thought our beautiful little baby had died. But soon, Lauren stirred. One arm shot into the air and stiffened, her eyes rolled back in her head and she began frothing at the mouth.
Lauren had epilepsy. This seizure was one of thousands she would experience over the next 18 years. She lived through more than a dozen hospitalizations, brutal, failed treatments and brain surgery before we were able to find a combination of drugs to stop them.
I was a young reporter at the Chicago Tribune when Lauren got sick and we had insurance through my job. But that insurance didn't cover Lauren's very expensive medications and, since she now had a pre-existing condition, we couldn't shift to a policy that would. Our out-of-pocket expenses ran as much as a thousand dollars a month. My salary at the time was around $40,000 a year.
All those memories came rushing back the night the ACA passed -- all the pain and financial worry we had felt as young parents, struggling to keep our baby alive. I cried because I knew that because of the law that had passed that evening, many other families would not have to face the same ordeal. 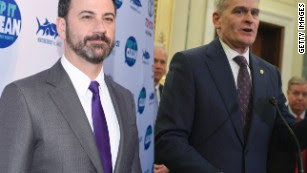 Kimmel more effective than Dems on healthcare
Once I collected myself, I found the president to thank him on their behalf. He simply put his hand on my shoulder and said, "That's why we do the work."
Since that time, I have encountered so many Americans who have been helped by this law who felt moved to give their testimony.
There was the young, hairless man in a baseball cap who stopped me on the street in Chicago. He obtained insurance as a result of the ACA and shortly after, was diagnosed with non-Hodgkin lymphoma, a potentially deadly form of cancer.
"I wouldn't have gone for a checkup without insurance," he said, his own eyes brimming with tears. "And I couldn't have covered the treatment."
I recalled that encounter recently at a conference at which I was speaking. After the talk, a young couple chased me down in the parking lot.
"That's my story," the young woman said with tears of her own. "I had cancer and without the ACA we would be bankrupt -- or I would be dead. Maybe both."
Wherever I go in the country, I encounter such stories. Some from patients themselves; often from grateful relatives and friends of those who have benefited from the ACA. 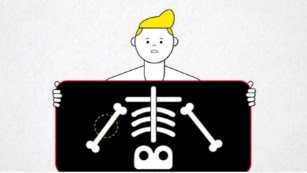 The most common pre-existing medical conditions
I can't remember anyone stopping me to share the "horror stories" President Trump and the relentless proponents of "repeal and replace" invoke, though I know there are some who had had bare-bones policies and now are paying more for more coverage than they say they need. (I didn't know what I needed until I needed it.)
Without question, the law can be improved. Among the needed steps, additional measures should be taken to stabilize rates in the private insurance exchanges through which 3% of Americans buy their insurance. A bipartisan group of senators was at work on such a plan before being sideswiped by the latest frantic effort to dismantle Obamacare.
The ACA has not only provided the opportunity for health coverage to tens of millions who lacked it, it has afforded new benefits and protections that make all Americans more secure. It has promoted preventive care and innovations in the delivery of care that have strengthened our entire health care system.
That is why every major medical organization, disease and patient advocacy group -- even America's major insurers -- have strongly condemned the latest plan from Senators Lindsey Graham and Bill Cassidy to scrap the ACA.
Under the Graham-Cassidy plan, millions would lose coverage altogether. Rates on older Americans would rise dramatically. And, though the bill includes language that would continue to offer coverage to people with pre-existing conditions, it does not require that it be provided at an affordable price. It is an empty and cynical promise. 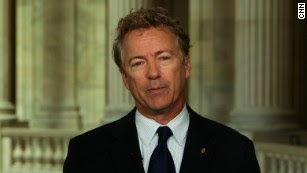 Paul: Graham-Cassidy not a repeal of Obamacare 01:55
Republican and Democratic governors have rejected the plan, warning that its draconian cuts in Medicaid funding over time would hurt their states. Those cuts would threaten nursing home patients, people with disabilities and those who need drug treatment, which is particularly cruel in the midst of the opioid crisis. Insurers say the Graham-Cassidy plan would wreak havoc in the insurance markets.
So why visit all of this on the American people, racing yet another repeal-and-replace bill through without proper hearings or scrutiny? Because, says the president and Republican leadership in Congress, "repeal and replace" was a promise made to their base and if Congress fails again to act, it will depress Republican turnout in 2018. This isn't about the health of Americans. It's about the health of the party.
I remember accompanying President Obama to a closed Democratic Senate caucus, where he made a passionate case for the ACA. He didn't make a political argument. He knew he was asking the members to cast a risky vote that could, and would, cost some of them their jobs.
Instead, he asked them for their votes because the ACA would improve the lives of many Americans. 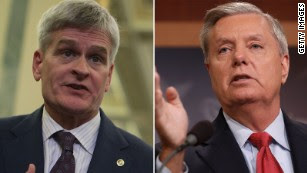 On health care, GOP has a promise (and a deadline) to keep
"Remember why it was we all ran for public office in the first place -- the school board, or city council or legislature?" he asked, speaking without a note in front of him. "We did it because we wanted to make a positive difference in the lives of our communities and of people. That's why we got into this work.
"Now we have a chance to do something really meaningful -- something folks in this town have been talking about since Roosevelt -- both Roosevelts -- but have never gotten done.
"This is our moment. This is our chance to make a real difference now and for future generations."
What a contrast with what we are watching today, a destructive bill, raced through the Senate without proper reflection or scrutiny in order to meet a September 30 deadline after which the rules would compel a bipartisan answer on this life-and-death issue.
Follow CNN Opinion
Join us on Twitter and Facebook
I wonder what case President Trump, Vice President Pence and Mitch McConnell are making behind closed doors today?
Are they arguing that this law will somehow improve the lives of the millions of Americans who will lose coverage? Or are they warning their comrades of retribution from an angry base if they don't pay off on their mantra of "repeal and replace?"
I will weep again if this retrograde and reprehensible bill becomes law.
I won't weep because of some perceived blow to "the Obama legacy," any more than I cried because of the political achievement seven years ago.
I'll cry for the sick and vulnerable and for all the families who will needlessly be exposed to the awful trials mine has known.
Posted by intuitivefred888 at 9:44 AM

Email ThisBlogThis!Share to TwitterShare to FacebookShare to Pinterest
Labels: Axelrod: I cried when they passed Obamacare