5 acid attacks in 1 night in London

5 acid attacks in 1 night in London

(CNN)A gunman opened fire at a church in Antioch, Tennessee, on Sunday, killing one person and wounding six others, according to a spokesman for the Metropolitan Nashville Police Department. An eighth victim was "pistol whipped," police said.
"This is a mass casualty situation," the Nashville Fire Department said in a tweet. "All of the wounded have been transported to area hospitals. The majority are older adults."
The shooting occurred at the Burnette Chapel Church of Christ in Antioch, a neighborhood in Davidson County governed by Nashville.
The MNPD said it received the first call of multiple shots fired at 11:15 a.m. CT.
The gunman arrived at the church's parking lot as a prayer service was letting out, said Don Aaron, spokesman for the police department.


The gunman, described by police as a man in his mid-20s, shot and killed a woman who was walking to her car before entering the church, Aaron said.
He then fired "multiple rounds" at people in the building, Aaron said. Six people were wounded by gunfire and another was pistol whipped, he added. 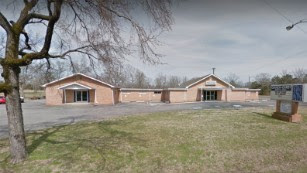 An image of Burnette Chapel Church of Christ in 2016, taken from Google Maps
One parishioner who witnessed the shooting inside the church "ran up and confronted" the gunman, Aaron said. During a struggle, the gunman mistakenly shot himself, Aaron said.
The suspect is being treated at Vanderbilt University Medical Center under police guard. "It is our belief that the gunman's condition is not life-threatening," Aaron said.
All of the victims have been taken to area hospitals, he added.
Police said the investigation into the shooting is ongoing. Agents from the FBI's Memphis field office are on the scene providing assistance to local law enforcement, an FBI spokesperson told CNN.
Posted by intuitivefred888 at 12:18 PM

Email ThisBlogThis!Share to TwitterShare to FacebookShare to Pinterest
Labels: gunbattle inTennessee church: one dead, several injured: one from Pistolwhipping