Could an 'insane' Russian nuclear torpedo cause 300-foot tidal waves? Yes. of course

But, this pales in comparison to the fact that the U.S. alone could completely blow up the planet and turn it into an asteroid belt 12 times over all by itself. Think about that for a moment! (And this doesn't even consider what England, France, Pakistan, Russia, China and North Korea and India and Israel and others can also do!)
begin quote from:Could an 'insane' Russian nuclear torpedo cause 300-foot tidal waves?
(Jens Carsten Rosemann)
Russia’s reported development of a formidable nuclear-powered torpedo or underwater drone is fueling concern about the potential devastation if the weapon were ever unleashed against U.S. cities.
While there has been speculation that the purported ‘doomsday’ device could be fake, Russia has offered up some recent hints about the shadowy system. During an address to the country’s Federal Assembly on March 1, Russian President Vladimir Putin described the development of unmanned submersible vehicles that can move at great depths much faster than submarines. “It is really fantastic. They are quiet, highly maneuverable and have hardly any vulnerabilities for the enemy to exploit. There is simply nothing in the world capable of withstanding them,” he said. 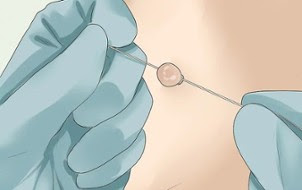 A Message from Smarter Consumer Tips

Eliminate Skin Tags And Moles At Home With 1 Painless Trick

Taking the internet by storm is this incredible new home remedy that can start to eliminate moles and skin tags in as little as 8 hours. See it now!
The Russian president explained that the country has completed “innovative” nuclear tests for the vehicle that “enabled us to begin developing a new type of strategic weapon that would carry massive nuclear ordnance.” Carrying either nuclear or conventional warheads, the vehicles could attack a variety of targets, including aircraft groups, coastal fortifications and infrastructure, he said.
MEET THE US MILITARY'S WARSHIP KILLER: THESE NEW MISSILES WILL SINK ENEMY SHIPS
Known as “Oceanic Multipurpose System Status-6” or “Kanyon,” the mysterious weapon system is mentioned in the recent U.S. Nuclear Posture Review.
Business Insider reported this week that Status-6 could potentially generate a 300-foot tsunami, although experts are unsure whether this would be the case.
“There is some dispute over whether it can generate a tidal wave but this hardly matters,” Dr. Mark Schneider, senior analyst at the National Institute for Public Policy, told Fox News, via email. Citing a Kremlin briefing slide that was leaked in 2015, Schneider said that the weapon’s role appears to be the destruction of ports with a massive blast and radiation.
FUTURISTIC NAVY SEAL BOAT DUBBED 'BATMOBILE'
“If used against major U.S. ports, it could kill millions in each attack,” he explained, via email. “I have called it ‘insane’ because there is no way to limit damage from its use and no way to safely test it.”
Weapons like Status-6, Schneider said, are designed to deter retaliation against the initial Russian use of nuclear weapons. “The Nuclear Posture Review recognized the need for a U.S. deterrent to Russian first use of low-yield nuclear weapons," he added. "We need such a deterrent very badly. Putin is a dangerous man."
Pavel Podvig, author of the Russian Strategic Nuclear Forces blog, suspects that, despite the brouhaha over Status-6, Russia is still some way  from making the decision to deploy a warhead on the underwater drone. "My understanding, it's just an educated guess, but I think that it's not there yet," he told Fox News. "As I understand it, it's still kind of a paper project."
Follow James Rogers on Twitter @jamesjrogers

Email ThisBlogThis!Share to TwitterShare to FacebookShare to Pinterest
Labels: Could an 'insane' Russian nuclear torpedo cause 300-foot tidal waves? Yes. of course