Note: I realized after writing this if you haven't yet read Chapters 1 through 11 of "Memories" and you intend to you probably shouldn't read this at least yet. end note.

However, it's almost 2 am in the morning and even though this might be a good idea, I'm not sure this can work starting this late at night. So, we'll see.

Arcane is an interesting being. I'm speaking here about the one that eventually joins the Time Guard and not the one who likely will be able to actually marry Ah Ray In and who might even be able to stay on New Deva as a Time Lord ongoing.

So, the Arcane that comes to earth in 1987 and travels both forward and backwards in time from there I'm speaking about here. Why is Arcane an interesting being?

First, he is born not on earth as we know it but potentially on an earth 1 million years into the future with at least twice as much water on it than we presently have.

Second, He is a type of New Devan Saint From birth like his betrothed. They both were expected to be born and both discovered when they were born to be saints and so they were betrothed at birth with the expectation that they might have more saints to bless their Planetary culture and New Deva, their planet.

Third, there is a war that takes place between his planet and another, and although he is a priest Scientist of New Deva at that point, at the approximate age of 27 Ah Ray In his betrothed is captured on a diplomatic journey to Isfahel (likely Mars in the future after it has been re-terraformed) and her protector, Arcane is captured too.

Since Arcane is a Priest Warrior first and not just a scientist, Arcane is a very very formidable opponent. So, even though he cannot protect Ah Ray In his betrothed because he is also being tortured but they cannot kill him because of how supernaturally endowed he actually is naturally as a New Devan Saint. So, because they cannot turn him to their side successfully and instead just "Pissed him off" a lot through the torture, they realize he is an ongoing threat. So, in order to be rid of him they banish him to another time and another planet (Arcane thinks). But, instead this is really the same planet likely in a different time line than he is on.

Here he meets "Eridian" or "Meridian" who also has saintly names in every religion on earth back to around 10,000 AD. At this point Meridian is a Guardian Spirit of Earth and in charge of Earth's heavens.

Since no human being has been allowed to be on earth for thousands of years at that point the Guardian Spirits of Earth (who no longer have physical bodies) realize that Arcane is there to help not only earth but the whole Galaxy as a living Saint. So, they initiate him as a special Saint of Earth who will eventually be a time traveling Saint and going wherever he is needed by the Galaxy and Beyond.

Arcane is grateful and amazed at what happens to him which basically turns him into more of a God than a man supernaturally at least. He returns to New Deva and realizes while he was been with the Guardians of Earth on that timeline that Ah Ray In his betrothed has been tortured to death and is resident in her body no more. So, he retrieves her soul with the help of Meridian and the Guardians of Earth and takes her soul to earth to be healed from the torture.

He bids her farewell and is mentally set to take on Tech Noir, the leader of the planet Isfahel (a re-terraformed Mars) in the future, and shares with his New Devan Priest Scientists his plan. They agree and move to assist him in the takeover of Isfahel.

Arcane neutralizes Tech Noir and gives his soul to Meridian for karma due in many lifetimes. Isfahel is captured by New Deva and the two worlds live in harmony ever after.

But, for Arcane he has taken the life of Tech Noir and because of this can no longer be a priest Scientist on New Deva. So, he is treated like a hero for 6 months after this event by New Devans and then he has to leave the planet of New Deva Never to return (at least after these events have all occurred).

He joins the Galactic Time Guard which is very happy to receive him and is trained as a Planetary Anthropologist, which is someone who studies a planet to see how what is happening there may benefit the Galaxy and Galactic government over time.

When he is shot through time to 1987 to the Golden Gate Bridge next to San Francisco, California, he meets Celeste Weaver who is being attacked by aliens who have drugged her and she is trying to jump off the bridge into the water below. He rescues her and eventually finds out she is a reincarnation of Ah Ray In who has been born on a planet without religions. Or better said all religions are illegal except for those practiced only at home. All churches and organized religions are forbidden on Celeste's planet while she was growing up.

Well At least I realized what the title to Chapter 19 needed to be:

Basically, it's like this. We are all learning all the time, (even the Galactic Sentience is learning new things basically because new configurations are always coming up.

He created thousands of Timelines (because he found out he could in regard to Earth. Then a group of us found that he had done this and this became a problem we all were aware of.

We found out that other Galaxies have also had this problem (likely many more times than this has occurred here) because this is much more of an anomaly here in this Galaxy than in other ones.

So, the Galactic Sentience first eliminated all Timelines with Tech Noir present. But, soon found out that that wasn't a good thing to do. So, he just eliminated Tech Noir from all those timelines when Tech Noir had a duplicate of himself there but didn't eliminate the timelines that Tech Noir had existed in in one form or another for about 1 million years because that would have torn the Galaxy apart which it did the first time they tried this. But, then again that's how you learn whether it is with nukes on earth or in regard to the whole Galaxy. When you have time travel Weird stuff is going to happen almost every day like it does here on earth.

But, you also have to know that Creators "Don't naturally live in Time and space" so to them Time and Space are both sort of like "Ice Cream" for them. They can live with it or without it as it suits them because Being is enough for a Creator who doesn't need time.

It's sort of like those of us who grew up before everyone had a Television set. Basically, I listened to radio shows like "Fibber McGee and Molly" and "Gildersleave" until I was 6 years old at night before going to bed until I was 6 or 7 years old and my parents bought us a 17 inch Black and White TV so I wouldn't go watch superman and Cowboy movies and shows next door on my best friend's Television. So, we didn't even have any TV at all until I was 6 or 7 years old in 1954. But, my Grandfather bought a Really big Black and White TV in 1952 to Watch his candidate General Eisenhower become President in 1952. And I lived in Lake Forest Park near Seattle with my parents and aunt an uncle and their two kids and both my grandmothers and my father's father on his 2 1/2 acres or more of land with Apple Trees, Black Cheery trees, Raspberries and blackberries that I could walk outside our back door and start picking them (raspberries and blackberries) starting when I was 2, 3 or 4 years old before we moved to San Diego. My Dad drove his brother's 41 Buick until 1956 when he bought a brand new Century Buick in San Diego then. He and his brother, Tommy, Used to street race with the 41 Buick (I think it might have been a Century Buick too). But it was a 2 door and sort of sporty and it had a sun visor and those things that you put on your fenders.
This is what a fender extension looked like then: 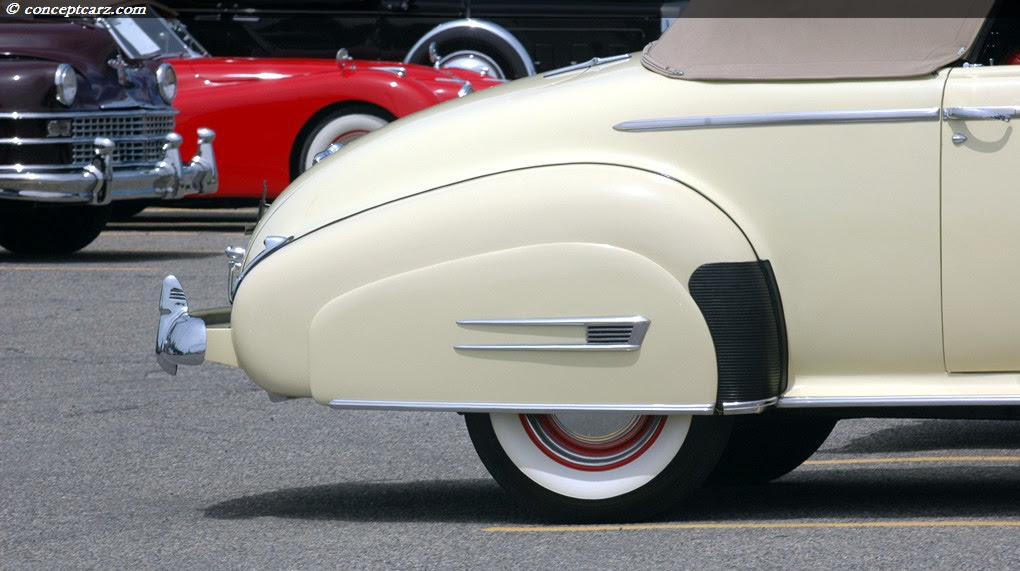 So, I remember life before television and I remember life without phones much when all you could call for free was someone in the same little town that you lived in otherwise it was just too expensive to call most of the time. There were no Cell phones or What's App  (At least on smartphones) so you could make free WIFI calls worldwide or text for free worldwide like now.

Here is a picture of my Dad's and Brother's Car I'm thinking it was a Buick Special but was light blue instead of Maroon like this one:
https://rmsothebys.com/en/auctions/HF16/Hershey/lots/r110-1941-buick-special-sedanette/335312

It seems like it was also a three speed Column shift like most cars were that far back. Automatic Transmissions didn't get to be that big until the late 1950s and early 1960s and that was mostly because housewives didn't want to learn to use a clutch and have to shift gears. I remember my mother in 1954 learning to drive for the first time and her running over a mailbox and me hitting the windshield but I didn't break my nose which was good but I likely had some blood on my face which was pretty normal back then in life. I learned to be stoic very young like most kids then. Survival wasn't very certain in the 1950s if you were a kid for a variety of reasons. In 1954 I would have been 6.

So, anyway, At least I figured out the Title for Chapter 19 which is: "There's Always More to Learn".
Posted by intuitivefred888 at 8:45 AM