It appears to me (although there may be many other opinions) that microwave Cell phone nodes that presently look a little like small Transformers that they put on telephone poles are sort of like if you took  your wifi and put it on a telephone pole then made it 10,000 times stronger in it's signal and then used this (telephone pole wifi for phones) to make phone calls where there are hills and mountains that prevent you from getting much signal otherwise.

The problem with all this is people who have to live around these Microwave Cell phone nodes in their homes and businesses that might get ill from them. Also, it may reduce your property values by 20% I was listening to this in a CBS news report if you want to sell your home or business.

In the end though it's a lot like vaccinations I think. Because most people don't have a technical background to actually understand or grasp the technology, they are going to think whatever they think right or wrong and this will define how much value your property likely loses (up to 20% or more) by having one of these nodes on a telephone pole near you.

I expect a lot of people will die from these things, especially children all over the country in the next 5 or 10 years and people won't be able to prove that's what killed them! This is another problem with living in suburbia or in big cities where technology will kill you and your children over time.

It's likely a good reason to live in the country (as long as you are about 10 miles or more from the nearest big Microwave Cell Tower relay and you likely want to be blocks away from a microwave cell phone node too.

Just imagine a wifi outside your house about 1000 or more times powerful than your wifi so that anytime you or anyone else makes a phone call that is shooting through your body and everyone around you too. Also, these things are going to be "Pinging" all phones in your neighborhood at least
once every 30 seconds to a minute because that's what all cell phones and towers do 24 hours a day anyway and that is also going through your body, your children's bodies and the bodies of everyone within about a mile of one of these things to a greater or lesser degree.

I'm not thrilled by having a transformer on a telephone pole near me either actually. If you have ever seen what an exploding transformer does when rain gets inside one or lightning strikes nearby  or a power outage causes it to explode during a short, it's sort of like a 2 or 3 foot tall hand grenade which if any room of your home or building is nearby that area will be destroyed partly or completely. So, even having a transformer on a pole outside your building isn't the greatest if they explode and even then there is an electrical field that is very powerful around one of these nearby too as it 24 hours a day reduces power from usually 1000 volts from the top of the pole to 220 volts usually at every home for electric stoves or some washers and driers or hot tubs or other devices that need 220 volts. For everything else in your home you take one of the three wires and the neutral to make 110 volts because most people have single phase 220 into their homes and businesses unless they are running large electric motors which then they might convert the 1000 volts down to 440 or 480 the last being specifically for larger electric motors to run more effectively.


Here are some pictures of the Microwave Cell phone nodes and some of these pictures you can click on to get more information regarding all this. What I find strange is that they are putting up all these things all over and they are not even 5G they are usually 4 G or below so this technology will be obsolete and likely already is because of 5G soon coming in? So, this seems kind of crazy to me too! 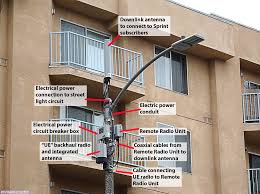 Design Tips for Small Cells Based on ...
medium.com 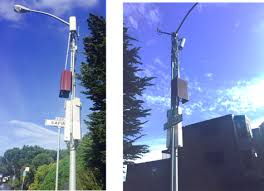 A Brave New World for Cell Antennas in ...
medium.com 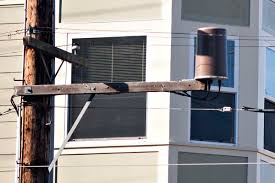 Email ThisBlogThis!Share to TwitterShare to FacebookShare to Pinterest
Labels: What I'm learning about microwave Cell phone nodes on Telephone poles in cities and suburbia