By Ryan W. Neal
on October 30 2013 1:21 PM
Share this article
One of the biggest obstacles Google Inc. (NASDAQ: GOOG) faces with Glass is actually convincing people that they don’t look like complete dorks when they wear them around town. Google has reportedly even worked with designer company Warby Parker to help make a version that looks cool.


Unfortunately for tech-inclined fashionistas (or fashion-inclined techies), Google released some pictures of the second-generation Google Glass announced by the Mountain View, Calif.-based company Tuesday, and the new Google glasses are even dorkier looking than ever.

Does the earbud in Google Glass 2 make the smart glasses even less fashionable?  Google
Google hoped to improve the sound quality from Glass’s bone-conduction speaker, but took a big step back in design by adding a mono earbud. The Glass 2 earbud looks like a large earplug that appears to fill an entire user’s ear hole. Not even a pretty cool logo, which appears to be the new official logo of Google Glass, makes the earbud look good.

The earbud show what appears to be the official logo of Google Glass.  Google
The good news is that the piece plugs into the Glass’s charging port and is completely removable. The problem with that is that users will have to remove the thing every time they want to charge their Glass 2 (which is often) and risk losing it. It also means an exposed wire which, for a product that celebrates being hands-free and wireless, looks pretty unsightly.
The rest of Glass seems unchanged, though Google did announce that Glass 2 will support an upcoming line of prescription glasses. The frames, however, won’t be ready for the release of Google Glass 2. Glass still won’t be able to attach to prescription frames that they already own.
It is also worth pointing out that the community on Google Plus didn’t seem to mind the earbud much. Though there were some negative comments, the post showing the images has received 1,709 “+1’s” at the time of writing.  Most comments ask about compatibility with prescription frames and express excitement about finally being able to hear music on Google Glass.
What do you think about the look of Google Glass 2? Let us know in the comments.

Here are 25 of the hottest cheerleaders on NFL sidelines.

If you don't speak Spanish, you should see this video to learn this one sneaky linguistic trick...

Rare plant may increase muscle growth 700% -- but is it an unfair advantage? 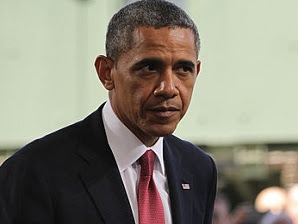 A scandalous story about Obama you won't hear anywhere else...
Advertisement
More news from Mobile

In Case You Missed

Most Popular in Tech / Sci