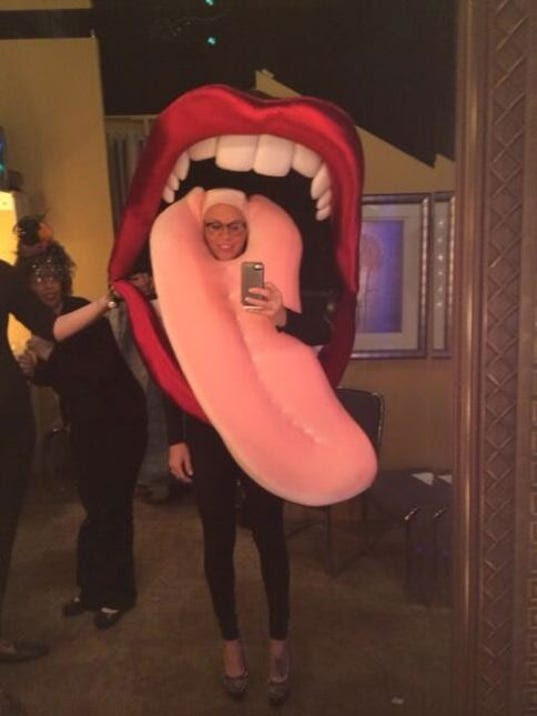 end quote from:
http://www.usatoday.com/story/life/people/2013/10/31/jenny-mccarthy-tongue/3328443/
SHARE 137 CONNECT 23 TWEET 2 COMMENTEMAILMORE
Move over, Ellen DeGeneres and Matt Lauer. Jenny McCarthy may have just won Halloween.
Thousands of people may be dressing up as twerking pop star Miley Cyrus this Oct. 31, but The View co-host Jenny McCarthy decided to up the ante and get a bit more, um, specific.
She's Miley's tongue! (A bit cheeky, don't you think?)
The actress tweeted a selfie of the creative costume, writing, "Yes indeed I am Miley's tongue. I craved sledgehammers all day."
The Wrecking Ball reference received a tongue-wag of approval from Miley. She tweeted six tongue emojis back to McCarthy.end quote from: