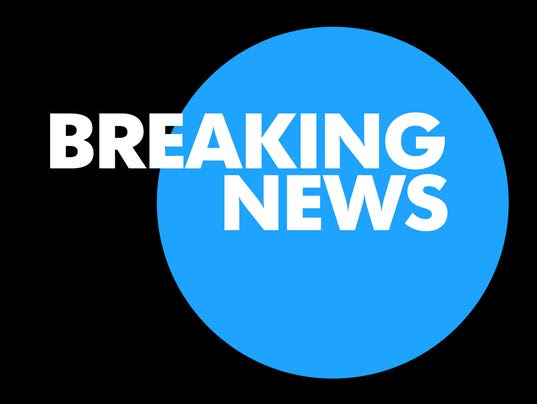 (Photo: Tory Hargro, USA TODAY)
SHARE 267 CONNECTTWEET 10 COMMENTEMAILMORE
LOS ANGELES — A 5.1 earthquake centered at LaHabra near Los Angeles rolled Southern California Friday evening.
The strong earthquake was felt widely across the region shortly after 9 p.m. PT. The U.S. Geological Survey said the quake was centered near Brea in Orange County — about 20 miles southeast of downtown Los Angeles.
It was followed by a series of smaller aftershocks over the next 45 minutes. The 5.1 quake was preceded by a 3.6 quake an hour earlier.
The larger quake rattled bookshelves across the region, and police and fire officials said they were looking for any damage.
A broken water main in Fullerton, not far from the center of the quake, was attributed to the temblor, the Orange County Register reported in a tweet.
Los Angeles Department of Public Works said it was sending crews to check dams, bridges and other infrastructure for damage.
Callers to KNX-AM reported seeing a brick wall collapse, water sloshing in a swimming pool, and wires and trees swaying back and forth.
The Los Angeles Fire Department says it is also looking for signs of damage or injuries.
Friday's quake hit a week after a pre-dawn magnitude-4.4 quake centered in the San Fernando Valley rattled a swath of Southern California. That jolt shook buildings and rattled nerves, but did not cause significant damage.
Southern California has not experienced a damaging earthquake since the 1994 magnitude-6.7 Northridge quake killed several dozen people and caused $25 billion in damage.

the Santa Monica mountain quake foreshadowed this one today.

4.4 earthquake near LA could be 'foreshock' for bigger shake

Los Angeles Times-by Ari Bloomekatz-Mar 17, 2014
Monday's earthquake hit in the northern edge of the Santa Monica Mountains area, a general area responsible for the uplifting of the range ...

It is debatable whether this will be the last bigger quake or whether there will be bigger ones or even the big one this April.

I have noticed having lived in California mostly from 1952 until the present that the biggest quakes often are around April, May or October. I have often thought it was because of the alignment of the planets and the moon these times of the year which might stress the crust of the planet during these times of the year.
I personally have been in many quakes from 4.0 to 7.1 or larger. Around 4.0 you start to notice them a lot and they start to make noise often like a bang when it hits the house or building you are in and then you often hear the house creaking or groaning or pictures swaying, chandeliers swaying and glasses falling off the kitchen counter and breaking and things like that. 5.0 can throw half the water out of a swimming pool and if you are in a pool when it hits be sure to quickly swim into the center or get out immediately so you don't bang your head on the side of the pool when the water splashes out all around the edges suddenly. My 17  now year old daughter and I and my wife and older daughter were visiting my cousin in Orange County when she was 5. She was swimming with a float in the center of the pool when all the water started splashing out. I was in the living room of my cousin's home and it hit the house like a bang. I was standing up and sort of fell down onto the carpet because I wasn't standing steady enough when it hit. I immediately ran for my daughter in the pool. So, she asked me why all the water was washing out of the big swimming pool. I said, "Stay where you are in the center, don't move!" Within a minute or two the quake ended and I got her out of the pool. I was glad it hadn't knocked her unconscious or worse on the edge of the pool. There was water everywhere outside the pool then.

This quake might be the end of it for now. But because of the time of the year there is also a good chance it is only a precursor for an even bigger one. And the two dead oarfish mentioned in the "Natural Disaster Warning signs article that washed up on southern California shores are not a good sign for southern California either. So, it is difficult to say what will happen next or not.

Wikipedia
The Northridge earthquake was an earthquake that occurred on January 17, 1994, at 04:31 Pacific Standard Time and was centered in the north-central San ...

‎Epicenter - ‎Damage and fatalities - ‎Valley fever outbreak - ‎Hospitals affected
Also, the Loma Prieta Earthquake in 1989 I sensed a month before it occurred. I was then attending UCSC and living in Family Student Housing with my family then. I flew my family to Hawaii that week and we watched the earthquake happen live on TV. I found knowing it was coming and then it actually happening the week I knew it would very disturbing on multiple levels for me and my family.

Wikipedia
The Loma Prieta earthquake, also known as the Quake of '89 and the World Series Earthquake, was a major earthquake that struck the San Francisco Bay Area ...