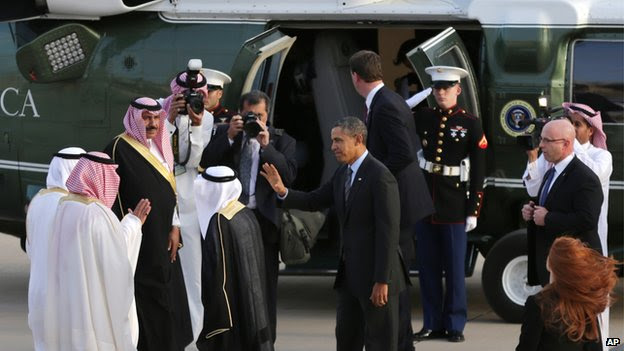 Russia's Vladimir Putin has telephoned US President Barack Obama to discuss a possible diplomatic solution to the crisis in Ukraine.
They considered a US plan for a halt to Russia's military build-up on the border with Ukraine, a troop withdrawal in Crimea, and moves to protect the Russian speakers in the region.
Mr Putin stressed the threat posed by "extremists" in Kiev, the Kremlin said.
Russia's annexation of Crimea has sparked international condemnation.
In the hour-long phone call, the US president urged Mr Putin to avoid the build-up of forces on the Russian border.
"President Obama underscored to President Putin that the United States continues to support a diplomatic path... with the aim of de-escalation of the crisis," the White House said in a statement.
"President Obama made clear that this remains possible only if Russia pulls back its troops and does not take any steps to further violate Ukraine's territorial integrity and sovereignty." 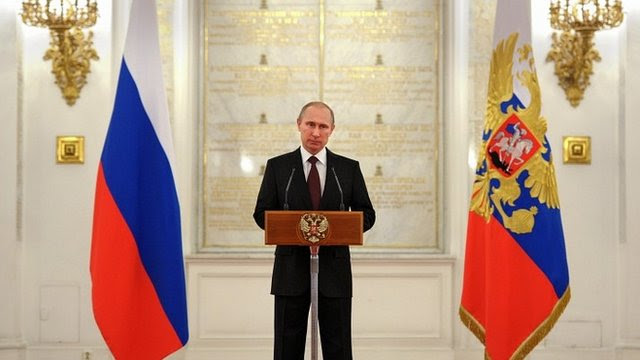 Mark Mardell reports: ''It does sound like the Russians are backing away from further conflict''
The two leaders agreed that their foreign ministers would meet soon to discuss the next steps.
The US proposal, developed in consultation with Ukraine and other European countries, includes the deployment of international monitors in Crimea to protect the rights of Russian speakers, and the return of Russian troops there to their bases.

Daniel Sandford BBC News, Moscow
If - as the White House insists -President Vladimir Putin was the one who initiated the phone call, then that is clearly a promising sign. It may mean that he thinks the military phase is over, at least for now, and Russia's best interests lie in diplomacy.
But the Kremlin's account of the phone call suggests there is some hard bargaining ahead. President Putin has introduced into the conversation the isolation of the breakaway Trans-Dniester region of Moldova. This should have nothing to do with Ukraine. But it has everything to do with Russia trying to strengthen its control in former Soviet countries.
He has also introduced the idea of international co-operation to deal with what Russia insists are "rampant extremists" threatening people and institutions. After the Trojan horse-like operation in Crimea, the government in Kiev will be very wary of any Russian involvement in Ukraine's internal affairs.

Mr Obama received Mr Putin's call in Saudi Arabia - the latest leg of a trip which also took the US president to Europe where the Ukraine crisis dominated discussions.
The Kremlin said in a statement that the Russian president drew Mr Obama's attention to "the continued rampage of extremists" in Kiev and various regions of Ukraine.
It said these individuals were "committing acts of intimidation towards peaceful residents, government authorities and law enforcement agencies... with impunity".
Mr Putin suggested examining possible steps the global community could take to help stabilise the situation, the Kremlin statement said.
He also expressed concern at an "effective blockade" of Moldova's separatist region of Trans-Dniester, where Russia has troops.
Pro-Russian politicians there have sent a request asking to join the Russian Federation.
Nato fears Russia could use its forces in Trans-Dniester to invade the breakaway region. 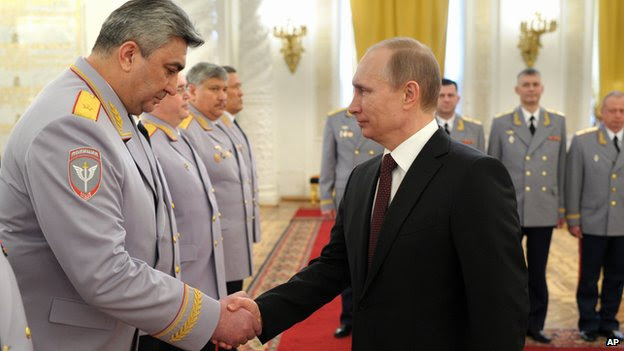 President Putin welcomed military leaders to the Kremlin on Friday
Meanwhile in New York, the UN Secretary General Ban Ki-moon said he had been assured by President Putin that the Russian leader "had no intention to make any military move" into Ukraine.
Russia's reported troop movements near Ukraine's eastern border - described as a "huge military build-up" by Nato - has triggered fears that Mr Putin's interest in Ukraine is not limited to Crimea.
The BBC's North America Editor, Mark Mardell, said Friday night's phone call could indicate tentative progress towards a diplomatic solution - just when fears were growing in the West that Russia could be about to stage an invasion of eastern Ukraine.
The US and its allies have imposed sanctions on members of Mr Putin's inner circle, and threatened to take action to target the Russian economy, in response to Moscow's actions in Crimea.
Moscow formally annexed Crimea after the predominantly ethnic Russian region held a referendum which backed joining Russia.
Kiev and the West condemned the vote as "illegal".
The move followed months of street protests, which led to the overthrow of pro-Kremlin Ukrainian President Viktor Yanukovych in February.