This really is a very strange year for the Republican Party, unlike any year since I have been alive so far. What this likely means is that Rubio (since he has I believe more delegates than Kasich still), wants to be considered to be the 2nd or 3rd ballot
Republican nominee for president. However, it might make more sense if that was Paul Ryan because he is already the Party's leader along with Romney. So, I'm thinking it might be Paul Ryan as Presidential nominee on the 2nd or 3rd ballot with Romney, Kasich or Rubio as the vice presidential candidate on the Republican ticket for president. However, now Trump is saying he won't support whoever it is and this will only mean Trump is the only candidate that could actually win in November. So, the Republican party has fully betrayed Trump so he is betraying them back. So there.
The Republican party is playing hardball with Trump so he is playing hardball right back. How strange a year is this for the Republican party or what? 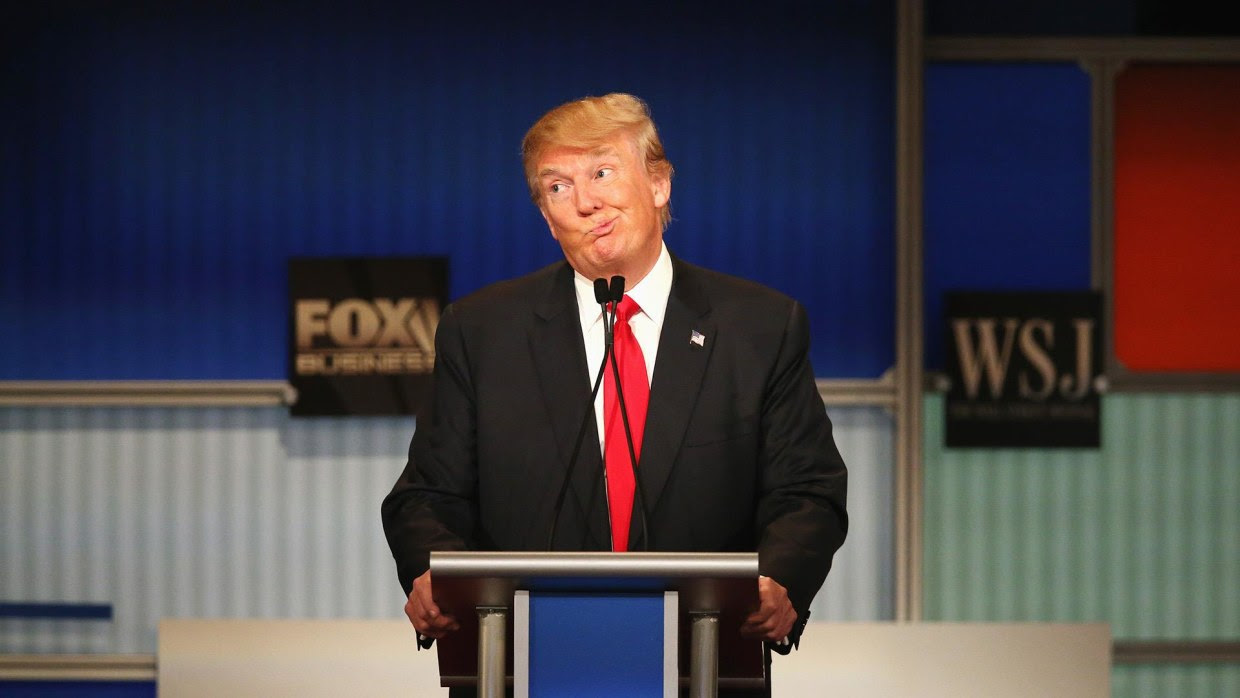 Brokered Convention? Here are the Rules 1:46
Despite suspending his campaign, Sen. Marco Rubio is attempting to keep every delegate he won while running for president.
The unusual move reflects preparations for a contested convention this summer — and comes as Donald Trump backed away from an earlier pledge to support the Republican party's nominee if he is treated unfairly after winning more delegates than his rivals.
Rubio aide Alex Burgos told MSNBC that while the Florida senator is "no longer a candidate," he "wants to give voters a chance to stop Trump."
When presidential candidates suspend their campaigns, typically their delegates become free to support the candidate of their own choosing at the convention. Rubio, however, has quietly been reaching out to party officials with a different approach.
He is personally asking state parties in 21 states and territories to refrain from releasing any of the 172 delegates he won while campaigning this year, MSNBC has learned.
Rubio sent a signed letter to the Chair of the Alaska Republican Party requesting the five delegates he won in that state "remain bound to vote for me" at the Republican National Convention in Cleveland in July.
Rubio copied National Chairman Reince Preibus on the letter - and sent the same request to all 21 states and territories where he won delegates, a source working for Rubio confirmed.
The Alaska GOP granted the request this week.
"Rubio said, 'I want my delegates,' and I said, okay," explains retired Army Col. Peter Goldberg, Chairman of the Alaska Republican Party.
Goldberg said he consulted RNC officials in Washington, who told him other state parties are consulting their rules in order to decide what to do with Rubio's delegates.
"They said some are trying to figure it out," Goldberg said. "Most states are leaning towards giving [Rubio] his delegates."
Delegate allocation decisions are up to each state party, not the RNC.
Alaska's party rules say delegates can be taken from a candidate if he "drops out" before the state's convention.
Since those rules do "not use the word 'suspend'," Goldberg said he decided Rubio could keep his delegates, while acknowledging that previously, "we've always taken 'suspend' to mean 'drop.'"
Related: What Is a Brokered Convention? GOP Rules Favor Trump
Presidential candidates often say they are "suspending" — rather than ending — a campaign in order to maintain an operation for handling bills and paperwork.
"No one has ever really tested this, the idea has always been that when you suspend, you're out," said a senior Republican in Washington, D.C., who did not want to publicly discuss a contested convention.
"No candidate has ever said, 'I want to suspend — but I also want the delegates,'" according to the source.
Rubio's gambit could even impact who wins the Republican nomination.
If he convinces most state parties to maintain his delegates, that could effectively deny Trump 172 potential delegates from now through the first vote at this summer's convention. Cruz, Kasich backing away from pledges to support GOP nominee 2:42
If Trump fails to win a majority of delegates during the primaries, he can try to make up the gap by winning over some of the 323 delegates thought to be up for grabs.
Campaigns have talked about winning over those 323 delegates, a reference to delegates from states that don't bind their vote — which some describe as a GOP version of the Democrats' super delegates — combined with delegates backing candidates no longer in the race.
The Trump Campaign, for example, has explicitly said it can woo those delegates if it finishes the primaries short the 1,237-delegate majority.
If Rubio is successful, however, he could cut that prized pool of delegates down to just 151.
That means if Trump finishes more than 100 delegates shy of a majority, he is less likely to win the nomination on the first ballot.
While the prospect of taking these delegates off the table only spilled into public view this week, when Alaska reapportioned its delegates, the potential significance was not lost on Rubio's campaign.
People close to the senator discussed this strategy before he suspended his campaign, according to a Republican source, even gaming out language for his concession speech that would be less likely to trigger a loss of delegates.
Even if successful, Rubio's delegate plan would not give him any individual leverage to play "kingmaker" at a contested convention. Trump Won't Promise to Support GOP Nominee 0:34
Even in states that bind his delegates, like Alaska, they will only be required to vote Rubio on the convention's early ballots. The rules would not give Rubio any official control over who his delegates might support on later ballots, when the rules "release" them from having to back the candidate they were bound to by their state's primary results.
Beyond that, Rubio's plan also turns on the national rules governing the convention.
Some states only bind delegates to a candidate if he is listed on the national convention's first ballot. So Rubio could convince a state party to hold his delegates, based on their rules, but he would still need the national convention to put his name on that first ballot.
That might be a tall order for a man no longer running for President. Indeed, past conventions have required candidates to achieve a minimum level of support in the primaries to be listed on the ballot.
Take Minnesota, where Rubio won 17 delegates. The state GOP reiterated this month that delegates attached to a candidate must vote for him "if that candidate is on the first ballot" at the convention, but if not, they "may vote for any candidate." 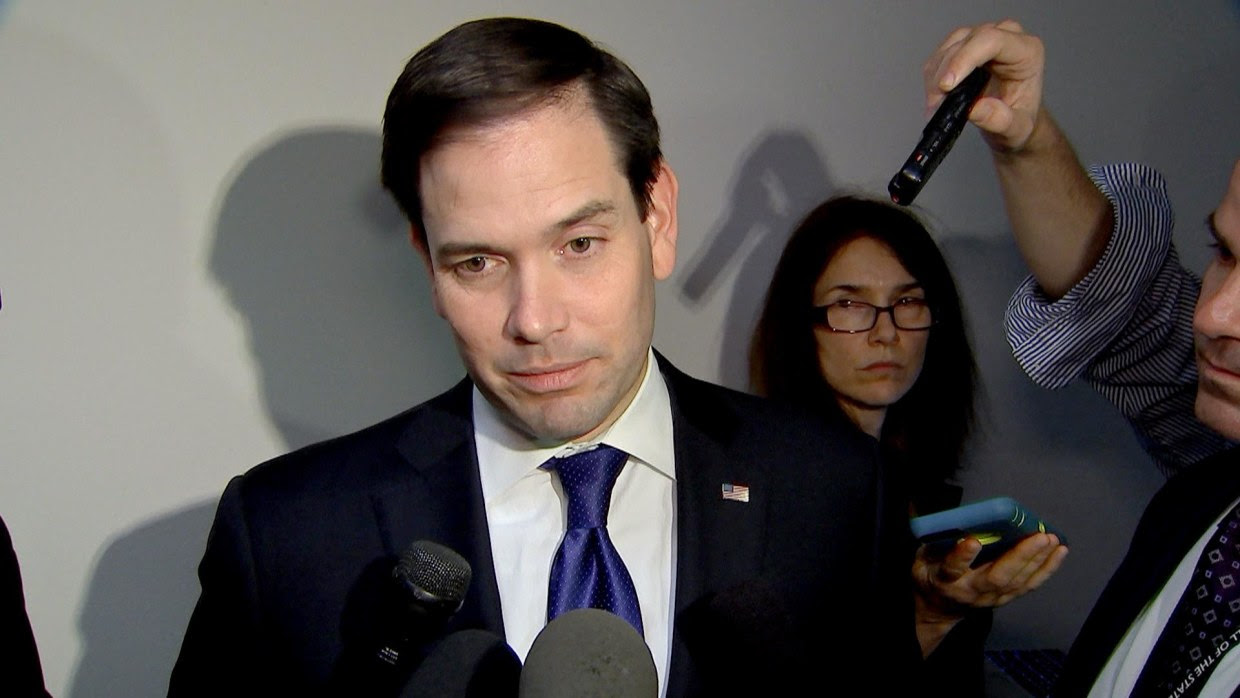 Rubio Talks About Whether He Would Consider VP Role 0:39
In a contested convention, delegates and insiders backing Cruz and Trump would have sway over who is listed on the first ballot. It is possible an anti-Trump coalition would push rules protecting Rubio in order to thwart Trump.
While Rubio is going to great lengths to hold onto his delegates, there is no doubt he has stopped competing in future primaries. This week he sent a signed affidavit to have his name removed from the ballot in California, which awards 172 delegates on the last voting day in June.
Goldberg, the Alaska GOP chair, has his eyes on that state.
"My gut feeling is that no one will clinch 1,237 before convention," he says, "It may all hang on what happens in California, but we'll see."