This actually makes a lot of sense because ISIS is being defeated in city after city in Syria and Iraq so ISIS soldiers are going home a lot now. So, those who want revenge on the U.S. might attack American families there now in Turkey because Turkey is a Sunni Muslim Country and ISIS is Sunni Muslim as well. So, I think this is a good idea too to send American families home. I didn't know they were there in the first place.

The State Department is also ordering the departure of family members of staff at the U.S. consulate in Adana, except for family members who also work at the diplomatic post. "The safety and security of U.S. citizens living abroad are top priorities, and we take very seriously the responsibility for ensuring the security of members of the entire official American community," a State Department spokesman said. "In close coordination with the Department of Defense, we will continue to evaluate our security posture in Turkey and worldwide." In addition, the State Department re-issued its travel warning for Turkey, stating that, "The U.S. Department of State warns U.S. citizens of increased threats
CNN

Pentagon orders military families out of Turkey due to ISIS threat 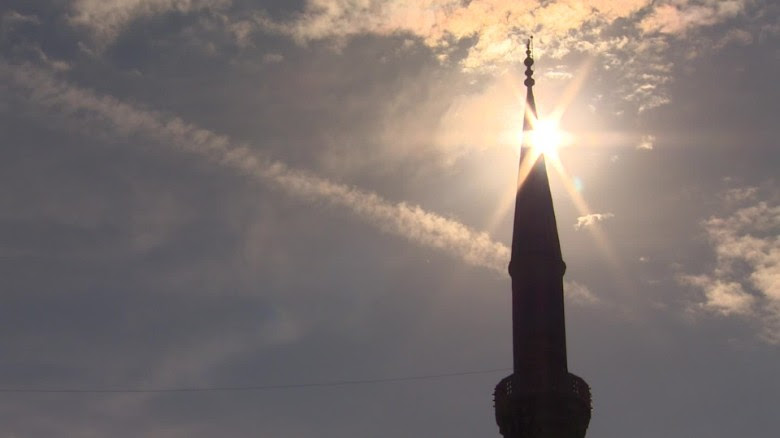 Washington (CNN)The U.S. military has ordered military family members to evacuate southern Turkey, primarily from Incirlik Air Base, due to security concerns, the Pentagon said Tuesday.
Family members will also be evacuated from facilities in Izmir and Mugla, according to a Pentagon statement.
"The decision to move our families and civilians was made in consultation with the Government of Turkey, our State Department, and our Secretary of Defense," Gen. Philip M. Breedlove, commander of U.S. European Command, said in the statement.
A U.S. defense official told CNN that the base had been placed under Force Protection Condition Delta for weeks, the highest level of force protection for U.S. military bases. Delta level means that either a terrorist attack has just taken place in the immediate vicinity or "intelligence has been received that terrorist action against a specific location or person is imminent," according to military guidelines.
A U.S. official said the evacuation decision was made because of the ongoing threats concerning possible ISIS attacks.
RELATED: ISIS terrorizes Europe but loses ground at home
The State Department is also ordering the departure of family members of staff at the U.S. consulate in Adana, except for family members who also work at the diplomatic post.
"The safety and security of U.S. citizens living abroad are top priorities, and we take very seriously the responsibility for ensuring the security of members of the entire official American community," a State Department spokesman said. "In close coordination with the Department of Defense, we will continue to evaluate our security posture in Turkey and worldwide."
In addition, the State Department re-issued its travel warning for Turkey, stating that, "The U.S. Department of State warns U.S. citizens of increased threats from terrorist groups throughout Turkey and to avoid travel to southeastern Turkey."
The State Department has also now restricted official travel by staff in Turkey to "mission-critical" movement only.
State Department spokesman John Kirby said Tuesday afternoon that the decision to order dependents out of Adana was not related to a specific threat but rather a "running analysis of the security threat" in the area over the last several weeks.
He did not specify the number of family members leaving but said it was a "small number."
Secretary of State John Kerry informed his Turkish counterpart of the step during their meeting Monday.
Kirby disputed the notion that the decision was deliberately announced while Turkish President Recep Tayyip Erdogan was visiting for the Nuclear Security Summit in Washington.
He said the process was carried out "with deep consideration and careful thought" given the threat level, and the measure was taken with significant interagency communication.
"This is not the kind of decision we take lightly," Kirby said. 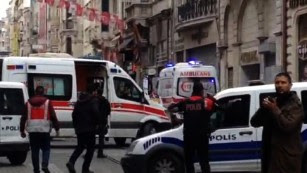 Four killed in suicide bombing 02:00
Nearly 100 people have been killed in Turkey in five separate terrorist attacks since the start of 2016. Two of these attacks were attributed to ISIS while the others were carried out by Kurdish separatists.
About 670 U.S. family members remain at facilities in Incirlik, Izmir and Mugla, according to the official.
The same official said the military had already closed the base's Department of Defense School for children for weeks, with assignments being sent to children at home.
"We understand this is disruptive to our military families, but we must keep them safe and ensure the combat effectiveness of our forces to support our strong ally Turkey in the fight against terrorism," Breedlove said.
In addition, 287 pets from military families are also leaving Turkey.
In September, the State Department and Pentagon authorized the voluntary departure of the 900 family members of personnel stationed at Incirlik and at the U.S. consulate in Adana, Turkey.
At the time, Pentagon press secretary Peter Cook said the move was done "out of an abundance of caution."
That decision did not apply to family members of military or civilian personnel in other cities, including Ankara, Istanbul and Izmir.
The base is the permanent home to units of the Turkish Air Force and the U.S. Air Force's 39th Air Base Wing, which includes about 1,500 American service personnel, according to the base's website.
After months of negotiations, the U.S. military population grew significantly after Turkey agreed to open up the base to U.S. war planes participating in airstrikes against ISIS in Iraq and Syria.
Incirlik is strategically vital to the counter-ISIS campaign, as it's located about 100 miles from the Syrian border.
The U.S. began using Incirlik during the 1950s, and its proximity to the Soviet Union made it a key installation during the Cold War.
The base has supported numerous U.S. operations in Lebanon, Iraq and Afghanistan over its long history.
RELATED: Mapping ISIS attacks worldwide
Turkey, for its part, has seen plenty of violent spillover from neighboring Iraq and Syria, where ISIS has employed terrorist and other tactics against civilians and military foes alike.
Bloodshed in southern Turkey blamed on ISIS includes a suicide bombing last July in Suruc that killed more than 30 people.
The Islamist extremist group has also shown a willingness to strike in some of Turkey's biggest cities -- like a suicide blast earlier this month in a busy tourist area in central Istanbul.
Yet ISIS isn't the only group behind recent terror in Turkey.
On March 13, the Kurdistan Freedom Falcons, or TAK -- a militant offshoot of the Kurdish separatist group, PKK -- boasted of its part in a car bombing that ripped through a busy square in Ankara, killing 37 people. Turkey and the United States consider both the TAK and PAK terrorist organizations.
The attack took place a month after the same group claimed another deadly bombing in the Turkish capital and threatened more violence -- warning foreigners, especially, to stay away from Turkey.
"Tourism is one of the important sources feeding the dirty and special war, so it is a major target we aim to destroy," the TAK said then.
A ceasefire between the PKK and Turkey fell apart last summer. That was followed by Turkish forces' bombing of the terror group's positions in northern Iraq while also imposing curfews in crackdowns on heavily Kurdish areas in southeastern Turkey.
There have been many more such actions in southern Turkey in more recent months, especially on the heels of terrorist attacks.
CNN's Greg Botelho and Nicole Gaouette contributed to this report.
Posted by intuitivefred888 at 10:33 PM

Email ThisBlogThis!Share to TwitterShare to FacebookShare to Pinterest
Labels: Pentagon orders military families out of Turkey