Trump: diving off a cliff with rocks below?

Some months ago we wrote that Republicans who nominate Donald Trump for President would be diving off a cliff without knowing what's at the bottom, and Wednesday was the latest illustration.
Trump Reverses on Abortion Ban, Saying Doctors Would Be Punished
Trump: If abortions are banned, women who seek them should face 'punishment' 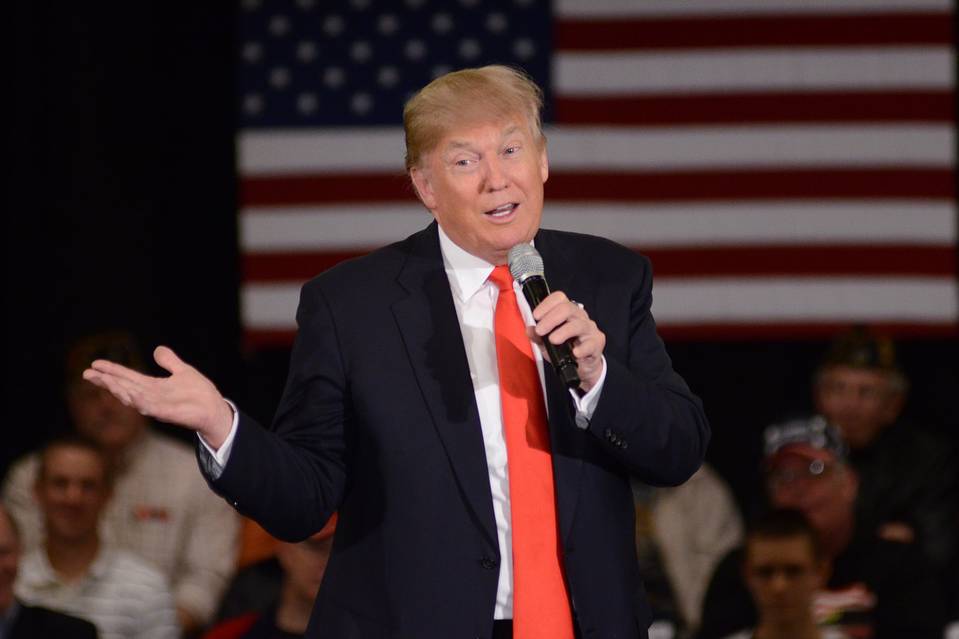 ENLARGE
Republican presidential candidate Donald Trump in Appleton, Wisconsin on March 30. Photo: Zuma Press
March 30, 2016 7:27 p.m. ET
71 COMMENTS
Some months ago we wrote that Republicans who nominate Donald Trump for President would be diving off a cliff without knowing what’s at the bottom, and Wednesday was the latest illustration. The first-time candidate showed how little he understands about the politics of abortion by suggesting that “there has to be some kind of punishment” if abortion were made illegal.
“For the woman?” asked progressive partisan Chris Matthews of MSNBC. Mr. Trump: “Yeah, there has to be some form.” He added that men who impregnate women who have an abortion should not be punished.
The remarks caused an uproar—on the right and left—when the network released them Wednesday. Not even the most fervent abortion opponent favors punishing a woman who has one. If Roe v. Wade were overturned, opponents would try to pass laws that punish abortion providers or the clinics where they take place. Mr. Trump’s remarks were thus a political gift to Democrats and the left, who would like nothing better than to stereotype abortion opponents as misogynists who want to put women in jail.
The Trump campaign realized the mistake and he soon reversed himself. “If Congress were to pass legislation making abortion illegal and the federal courts upheld this legislation, or any state were permitted to ban abortion under state and federal law, the doctor or any other person performing this illegal act upon a woman would be held legally responsible, not the woman,” Mr. Trump said in a statement. “The woman is a victim in this case as is the life in her womb. My position has not changed—like Ronald Reagan, I am pro-life with exceptions.”
All candidates make mistakes, and we’ll credit the campaign statement as Mr. Trump’s genuine belief. But the gaffe is nonetheless telling because it shows how much the Republican front-runner’s campaign is a daily policy adventure. As he likes to say, he’s his own best adviser, and he doesn’t know what he doesn’t know. The result can be a refreshing sense of political candor, but as often as not he also hands his political opponents a sword.
Mr. Trump’s loyal GOP partisans have been willing to ignore his rhetorical mistakes and excesses, but Democrats will be merciless. So will the media if he secures the GOP nomination. His abortion blunder is doubly troubling because it will reinforce his growing unpopularity among women voters in both parties. Imagine his Wednesday remarks playing as part of a national advertising loop from June to November. His talk-radio chaperones are going to have their work cut out.

Email ThisBlogThis!Share to TwitterShare to FacebookShare to Pinterest
Labels: Trump: diving off a cliff with rocks below?