WASHINGTON - Marc Schenker, a US Air Force veteran in Fort Lauderdale, Fla., is having surgery this month to remove a golf-ball-size hernia - but not at a veterans hospital.
He was Shinseki's commanding officer in Vietnam
Reactions differ on VA official's resignation
Abolish VA health and turn to insurance
VA audit: Staff falsified records to collect bonuses
Eric Shinseki

Many in survey praise care while decrying delays 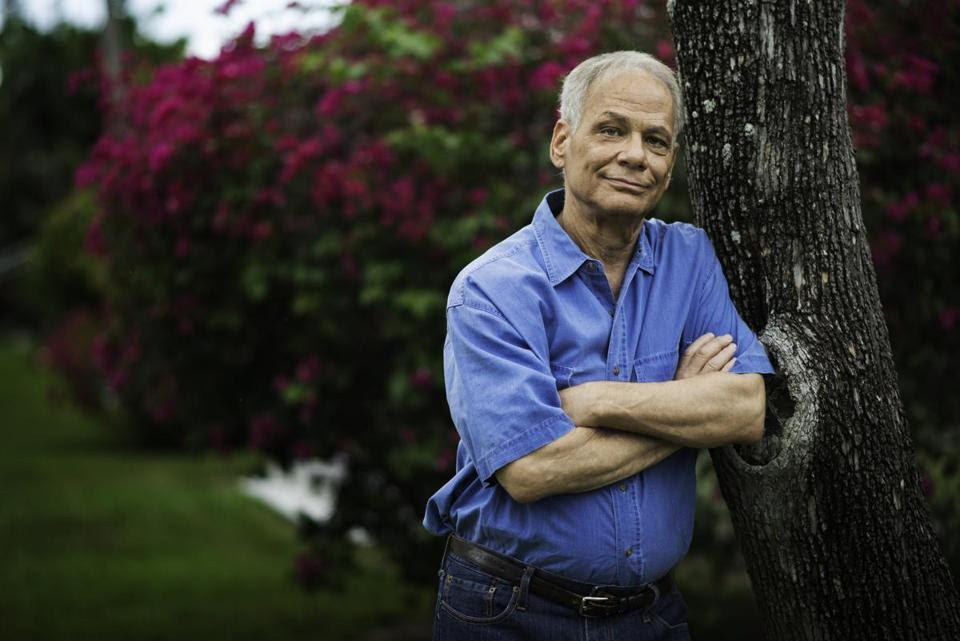 Oscar Hidalgo/New York Times
Marc Schenker, an Air Force veteran from Florida, opted for private hernia surgery after waiting for months for an appointment at a Veterans Affairs hospital.

WASHINGTON — Marc Schenker, a US Air Force veteran in Fort Lauderdale, Fla., is having surgery this month to remove a golf-ball-size hernia — but not at a veterans hospital. Schenker, 67, said he had given up on the Veterans Affairs hospital in Miami after waiting months to get the procedure scheduled and turned to a private surgeon instead, using Medicare.
“It’s frustrating and infuriating that there are so many dedicated doctors who work for the VA but it seems impossible to get to them,” said Schenker, who served in the Tactical Air Command in Vietnam. “They’re serving too many people.”
In interviews and in hundreds of responses to a questionnaire posted on The New York Times website, veterans around the country expressed frustration with delayed access to care and what many described as an impenetrable and unresponsive bureaucracy at department hospitals and clinics, even as many praised the quality of care they received once they saw doctors.
Their complaints included repeated canceled appointments and unreturned calls, lengthy waits for appointments, and rapid turnover in physicians.
They give voice to findings by the inspector general of the Department of Veterans Affairs last week that officials at the veterans medical center in Phoenix and elsewhere used a variety of schemes to hide increasingly long waits for medical care. The complaints were not independently verified.
A department audit released Friday confirmed the systemic nature of the abuse, finding that in nearly two-thirds of facilities there had been at least one instance of reporting false wait-time data. The secretary of Veterans Affairs, Eric Shinseki, who had come under bipartisan attack for the widening scandal, resigned after presenting the audit to President Obama.
Many veterans interviewed Friday said they did not fault Shinseki for the problems that have plagued the department, which is straining to accommodate a rising tide of veterans from not just Iraq and Afghanistan, but also Vietnam and earlier wars.
Yet some expressed relief that their grievances had finally been confirmed, and said they saw Shinseki’s departure as an opportunity for an aggressive overhaul of the health care system, the nation’s largest, with 150 hospitals and 820 outpatient clinics serving more than 8 million veterans.
“I think that firings need to go on all over the country,” said Claude V. D’Unger, 68, an Army veteran in Corpus Christi, Texas, who said he had all but stopped seeking care at the department after he could not get a timely CT scan to check a nodule on his lung. After calling for an appointment and being told that he would have to wait at least two months, D’Unger said, he contacted a private doctor who performed the scan the next day.
The Phoenix medical center is at the center of the scandal, with a department investigation confirming last week that 1,700 patients were not placed on the official waiting list for doctors’ appointments and may never have received care. Veterans outside the hospital Friday had differing views on whether Shinseki’s resignation would change anything.
Kimberly Mitchell, 53, who served in the Navy from 1979 to 1983, said she had been consistently happy with the care she had received at veterans hospitals, including surgery for a noncancerous brain tumor in Denver in 2010. Her comments echoed many responses to the Times questionnaire that described care in the system as superb and in some cases said it did not require long waits.
“I thank God every day for the VA,” she said.
end quote from:

Also, with Shinseki gone nothing is really going to change because it is about funding. Not everyone is going to be covered because there is not enough money to pay the doctors and nurses for everyone who is a veteran. It is very simple. I don't know why Republicans and Democrats aren't talking about the truth which is all Republicans and some Democrats won't vote for the funding of the VA to properly cover everyone. And they aren't talking about this because that would be the truth and voters would really be pissed off to know the truth.