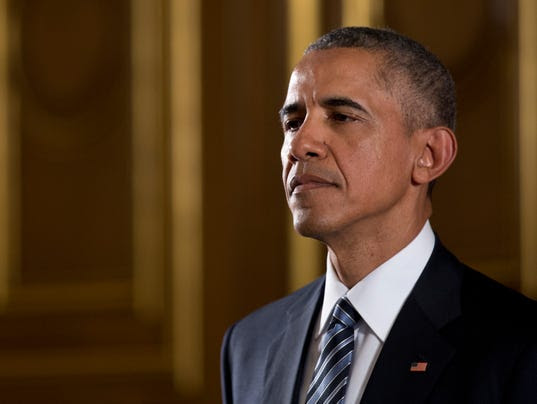 (Photo: Carolyn Kaster, AP)
62 CONNECTTWEET 5 LINKEDIN 34 COMMENTEMAILMORE
LONDON — President Obama on Saturday told British youth to "reject pessimism and cynicism" in a speech at a town hall event.
“You are a generation that has seen integration and globalization not as threats, but as opportunities,” Obama told the audience of around 550 young people at the Royal Horticultural Halls in central London.
He called on the young generation to nurture the “special relationship” between Britain and the United States, and said that progress is not inevitable, and that it requires "struggle, perseverance and faith." 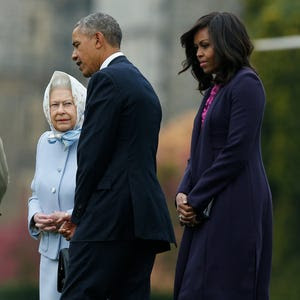 USA TODAY
Obama: United Kingdom a friend and ally 'like no other'
Obama said leaders must recognize “that security is not just a matter of military actions but is a matter of the messages we send and the institutions that we build and the diplomacy that we engage in and the opportunities that we present to people.”
“That is going to be important for the next president of the United States and any global leader to recognize,” he added. 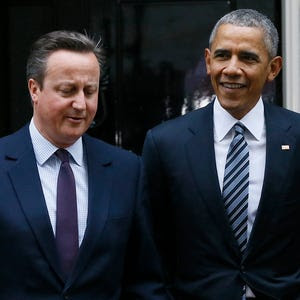 USA TODAY
Obama reassures British tourists over LGBT laws
Asked about his legacy, Obama, whose second term as president ends in January, said he hoped to be remembered for health care, financial industry reform, the Iran nuclear deal and “saving the world economy from a great depression."
“I think that I have been true to myself during this process. Sometimes I look back at what I said when I was running for office and what I’m saying today and they match up,” he said.
The president began Saturday, the second day of his two-day visit to London, by marking the 400th anniversary of the death of British playwright William Shakespeare with a tour of the Globe theater on the banks of the River Thames, where he watched a performance of scenes from Hamlet. 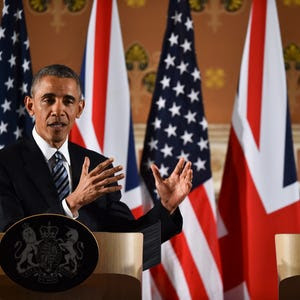 USA TODAY
Obama says UK should remain in European Union
Celebrations are taking place across the U.K to mark the bard’s passing, including at the Globe — a replica of the 16th-century theater where Shakespeare performed as an actor and was a shareholder. It was where many of his greatest plays were shown.
Obama met with Jeremy Corbyn, the leader of the opposition Labour Party, on Saturday afternoon.
"The president congratulated Mr. Corbyn on his election to lead the Labour Party," the White House said in a statement. It added: "The two leaders discussed the impact of globalization on labor and working people, and the need to take steps to reduce inequality around the world. They agreed that the U.K. should remain a member of the EU."
Obama will have dinner with Prime Minister David Cameron and U.S. Ambassador Matthew Barzun on Saturday evening.
On Friday, the president lunched with Queen Elizabeth II and her husband Prince Philip at Windsor Castle, met with Britain’s Prime Minister David Cameron and had dinner with Prince William, Duchess Kate and Prince Harry at Kensington Palace, where he met 2-year-old Prince George.
Obama arrived in London from Saudi Arabia late Thursday and is scheduled to leave London Sunday morning, when he will head to Germany.
Posted by intuitivefred888 at 8:54 AM