Billionaire entrepreneur Elon Musk on Wednesday disclosed plans to send an unmanned capsule to Mars, perhaps as soon as 2018, revealing the first details of his long-term vision for a private enterprise to colonize the red planet.
SpaceX says it will fly a spacecraft to Mars as soon as 2018
Why 2018 Will Be the Make-Or-Break Year for SpaceX
[ April 27, 2016 ] SpaceX announces plan to send mission to Mars in 2018 News
SpaceX Is Sending a Red Dragon Spacecraft to Mars in 2018 [UPDATE] 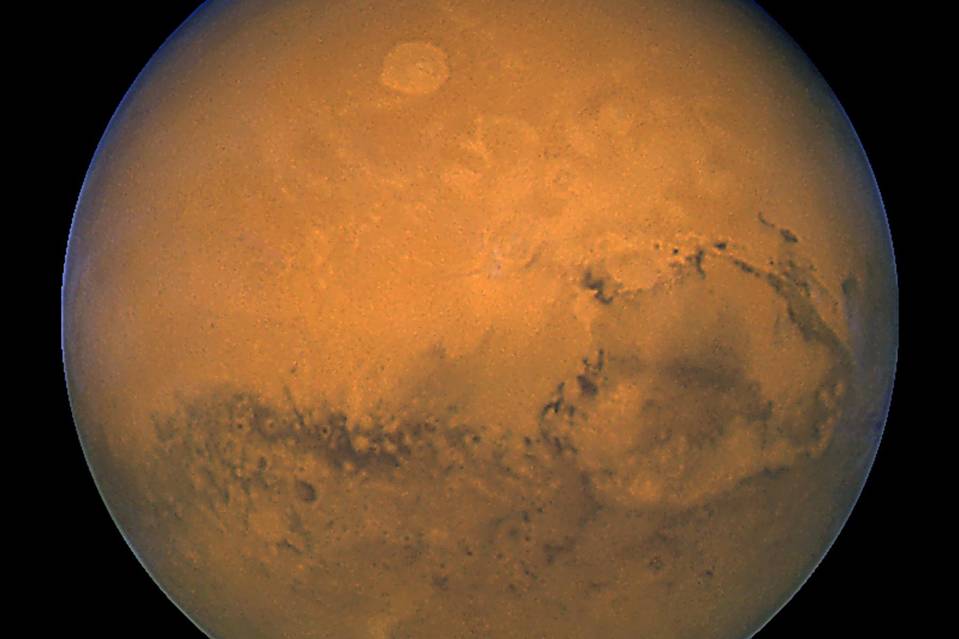 ENLARGE
SpaceX tweeted that a mission to Mars, shown in a 2003 photo provided by NASA’s Hubble Space Telescope, could come ‘as soon as 2018.’ Photo: Agence France-Presse/Getty Images
By
Andy Pasztor
Updated April 28, 2016 5:09 a.m. ET
16 COMMENTS
Billionaire entrepreneur Elon Musk on Wednesday disclosed plans to send an unmanned capsule to Mars, perhaps as soon as 2018, revealing the first details of his long-term vision for a private enterprise to colonize the red planet.
The announcement, made through Twitter, didn’t include any specifics about the potential mission, and left unanswered all the major technical and funding questions surrounding Mr. Musk’s oft-repeated concept to ultimately set up habitats on Mars. Over the years, he has repeatedly said his top-priority goal—more important than the economic success of his separate space and electric-car companies—is to build colonies on Mars, envisioning thousands of inhabitants served by airline-like flights to and from earth.
In the past, Mr. Musk has basically stayed away from describing even the early steps toward what many detractors consider a far-fetched, sci-fi ambition. But Wednesday’s messages indicate Mr. Musk’s Space Exploration Technologies Corp., known as SpaceX, has crafted some definite preliminary plans, and suggest the company is further along than many outsiders had believed in developing versions of its Dragon spacecraft and Falcon 9 rockets aimed at eventually exploring deep into the solar system.
SpaceX, based in Hawthorne, Ca., tweeted that a Mars mission could come “as soon as 2018.” It also said “Red Dragons will inform overall Mars architecture,” adding “details to come,” without elaborating further.
The next-generation Dragon 2 spacecraft presumably would be blasted on its monthslong voyage toward Mars by some version of the company’s heavy-lift Falcon 9 rocket. Neither the craft nor the rocket has yet flown, and the Falcon 9 Heavy, years behind schedule, is now slated to have its maiden blastoff late this year. The heavy version has 27 engines, versus nine for the current Falcon model.

Wednesday’s developments highlight SpaceX’s continued emphasis not just on Mars—but on devising hardware capable of gently landing on its surface. Mr. Musk, who founded closely held SpaceX and has built it into a multibillion-dollar space transportation company, sent two separate tweets discussing the plans. One said “Dragon 2 is designed to be able to land anywhere in the solar system,” adding that “Red Dragon Mars Mission” is intended to be “the first test flight” of the upgraded capsule.

Advertisement
A major challenge facing SpaceX is devising a system to safely slow a large capsule during its descent through the thin Martian atmosphere. Dragon 2 is expected to weigh substantially more than the unmanned rovers the National Aeronautics and Space Administration has landed on the plant.
Previously, Mr. Musk has telegraphed that he expects to unveil some details of his long-term Mars vision at an international conference in Mexico slated for late September. The 2018 timetable is significant because a launch at that time could take advantage of a once-in-a-lifetime close approach of the orbits of Earth and Mars.
If all goes well, SpaceX will start transporting U.S. astronauts to the international space station for NASA starting next year. But as the station orbits relatively close to the earth, much more advanced technology will be required for deep-space missions, including those targeting Mars or even its vicinity. Until now, Mr. Musk has been practically silent about ways to upgrade today’s Dragon capsules or specifics about potential test flights to begin charting a course for Mars voyages.

It has been quite the year for Mars. Following NASA’s study indicating that there may be flowing streams of salty water, the red planet continues to intrigue. Dipti Kapadia takes a look at the mission to Mars being mounted by the United Arab Emirates.
NASA, which has sketched out its own vision of eventual human exploration of Mars, has said it would need at least two decades, likely well over $100 billion and extensive international cooperation to send astronauts to circle and then land on the planet. Wednesday’s messages didn’t clarify what Mr. Musk’s timeline might be for manned missions. In the past, he has indicated SpaceX’s efforts could come as early as 2025.
In an email, a SpaceX spokesman said sending Dragons to Mars “will help demonstrate the technologies needed to land large payloads” on the planet, using engines or other technologies that generate thrust. Such missions will “help inform the overall Mars colonization architecture SpaceX will reveal later this year,” he added.
The company plans to fund the mission itself, according to the spokesman, “though NASA will offer some technical support” such as space-based government communication networks. The preliminary plans are far enough along that SpaceX and NASA have signed a formal cooperative agreement, which the company spokesman said doesn’t call for any federal dollars flowing to Mr. Musk’s team. The estimated cost of the initial test flight wasn’t disclosed.
The glimpse into SpaceX’s plans comes as the international space community appears increasingly split about the best approach to sending manned missions to Mars. Such voyages would expose astronauts to unprecedented levels of radiation and long stretches of isolation. Providing adequate food and oxygen also creates major technical challenges, well beyond those NASA has faced since it began sending man into space in 1961.

‘It’s a fundamental decision we have to make as a civilization. [Mars is] the next, natural step.’
—Elon Musk

The European Space Agency, for example, has emphasized setting up a manned Moon base as the next major space venture. Likewise, China has focused its expanding manned space program to getting crews on the surface of the moon before the end of the decade.
Current NASA plans envision various types of interim missions leading to Mars—both manned and robotic—including plans for a spacecraft to rendezvous with a comet and perhaps extract a sample of it around 2025. But the agency has opposed long-term settlements on the moon. So far, Congress has been lukewarm about many of NASA’s interim steps, and the outcome of the 2016 presidential election could disrupt efforts already under way.
Mr. Musk has never wavered from his commitment to colonize Mars, repeating that goal in interviews, speeches and other public statements. According to Mr. Musk, whose company has surprised many aerospace veterans by managing to vertically land spent Falcon 9 boosters next to a launchpad as well as on a floating platform, reusable rockets are the fundamental breakthrough needed to revolutionize access to space.
“It’s a fundamental decision we have to make as a civilization,” Mr. Musk said at a conference in Hong Kong this year. Mars is “the next, natural step” because “it’s the only planet” on which “we really have a shot at establishing a self-sustaining city,” he said.
In a 2013 interview with Britain’s Guardian newspaper, he said would be happy to make the trip himself. Asked what his tombstone might say if he died there, Mr. Musk said it should proclaim: “I’m on Mars, can you believe it?”
Write to Andy Pasztor at andy.pasztor@wsj.com