like this: "when they defected they were told by North Korea that their families would be executed if they didn't return to north korea." If you were told this wouldn't you protect your families in this way? A similar thing is happening to suicide bombers in Europe by ISIS. The suicide bombers are told. "If you don't suicide bomb for us we will kill every member of your family in Europe." Same thing. Same kind of result. It's Mafia or drug cartel type of behavior by both.

By Will Ripley, CNN

North Korea: From orphan to caregiver

What do these new images of North Korea mean?

North Korean regime insider: We may use nuke if forced

Is Kim Jong Un grooming his sister for power?

North Korea to create its own time zone

Inside library dedicated to North Korea

Should North Korea's new military chief watch his back?

What is the Kaesong industrial complex?

Officials: It could take days to confirm nuclear test

Who is Kim Jong Un?

North Korea: From orphan to caregiver

What do these new images of North Korea mean?

North Korean regime insider: We may use nuke if forced

Is Kim Jong Un grooming his sister for power?

North Korea to create its own time zone

Inside library dedicated to North Korea

Should North Korea's new military chief watch his back?

What is the Kaesong industrial complex?

Officials: It could take days to confirm nuclear test

Who is Kim Jong Un?

Pyongyang (CNN)The door opens and seven women walk quietly into the ornate lobby of the Koryo Hotel in Pyongyang. Their faces are expressionless. Most wear little or no makeup, black jackets, and patriotic red lapel pins.
The women, all in their 20s, represent some of the most trusted citizens in the North Korean capital. They come from good families and were chosen for the coveted assignment of working abroad to earn money for their government.
Until earlier this month, they were waitresses at a state-owned and operated restaurant in Ningbo City, Zhejiang Province, in southern China. Now, that restaurant is closed. And these women's lives have become extraordinarily complicated.
"We would never leave our parents, country, and leader Kim Jong Un. None of us would ever do that," said waitress Han Yun Hui, sobbing alongside her colleagues.
What North Korean defections mean

Last week, South Korea announced 12 North Korean women and one man defected after "feeling pressure from North Korean authorities" to send foreign currency back to their homeland, according to a South Korean government spokesman. 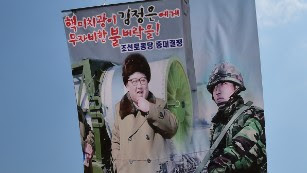 Senior North Korean officer defects to South 01:49
"The workers said that they learned about the reality in South Korea through South Korean TV, soap operas, movies and (the) internet," said South Korean Unification Ministry spokesman Jeong Joon-hee at the time.
A spokesman for the North Korean Red Cross quickly denounced the apparent defections as a "group abduction" of North Korean employees "in broad daylight," according to KCNA -- the official mouthpiece of Supreme Leader Kim Jong Un's government.
North Korean official on Trump: "Totally absurd and illogical"

The seven waitresses, presented exclusively to a CNN team in Pyongyang on Monday, are workers from the same Ningbo restaurant, who have since returned to North Korea. This is the first time they have spoken publicly. They claim the restaurant manager tricked the other 12 waitresses into leaving, by lying about their final destination.
"In mid-March our restaurant manager gathered us together and told us that our restaurant would be moved to somewhere in Southeast Asia," said head waitress Choe Hye Yong. 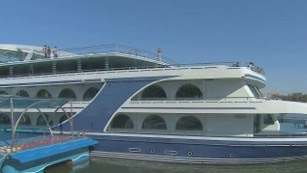 See North Korea's floating restaurant 02:27
Choe says by the time the manager revealed, only to her, that they would actually be defecting to South Korea, she only had time to "warn" a handful of the waitresses.
"The car was already waiting for us at that time," Choe said as she broke down in tears.
The waitresses in Pyongyang claim their manager, and a South Korean businessman, coordinated the trip under the direction of government authorities in Seoul.
"I think about our colleagues being deceived and dragged to South Korea and facing extreme hardship there," said a sobbing Han Yun Hui. "It tears our hearts."
In response, the South Korean Unification Ministry issued a statement to CNN: "13 defectors voluntarily decided to leave and pushed ahead with the escape without any help from the outside. Following their voluntary request to defect, our government accepted them from a humanitarian point of view."
North Korea planning terror attack on South, spy agency says 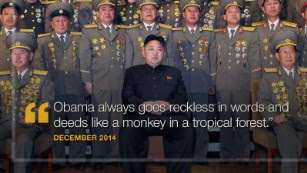 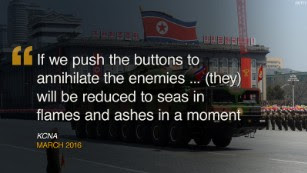 If true, a mass defection would be a humiliating blow to the Pyongyang leadership. Especially because it was apparently allowed by China, North Korea's most powerful ally and trading partner. In the past, China has sent defectors back to North Korea. But last week, Ministry of Foreign Affairs spokesman Lu Kang made the unusual move of commenting publicly about the case.
North Korea sanctions: Is China doing its part?
"After an investigation, 13 [North Korean] citizens were found exiting the Chinese border with valid passports on the early morning of April 6. It is worth noting that these people all had valid identity documents with them and exited the Chinese border in accordance with law," he said in an April 11 press conference.
Many analysts believe China's actions could be a sign of increased tension between Pyongyang and Beijing. Supreme Leader Kim Jong Un's government faces growing isolation and heightened sanctions over its nuclear and missile programs. Ongoing allegations of widespread human rights abuse made by the United Nations Commission on Human Rights continue to infuriate North Korean leadership.
Pyongyang has responded to mounting global pressure with a series of provocative shows of force. In January, Kim ordered an H-bomb test just days before his birthday. One month later, he ordered a satellite launch using a long-range rocket. And last week, an apparent attempted mid-range missile launch on the nation's most important holiday failed.
Observers believe Kim is trying to project strength, both domestically and internationally, ahead of the crucial Worker's Party Congress next month, when the young leader is expected to consolidate his power. South Korean government intelligence indicates a fifth North Korean nuclear test could be in the works ahead of that major political gathering. 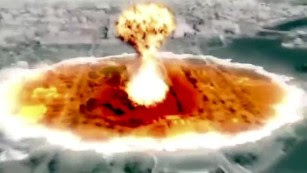 North Korea threatens war with U.S. in propaganda film 01:28
The North Korean government is believed to subsidize its military and scientific activities by sending tens of thousands of citizens to work abroad, bringing in an estimated $1.2 billion to $2.3 billion annually, according to a U.N. report last fall.
State-owned restaurants are one way the cash-strapped regime brings in much-needed foreign currency. But the restaurants, along with other North Korean enterprises, are believed to be struggling under the heightened sanctions.
The odd reality behind Shanghai's Pyongyang restaurants
When asked if she had a message for her friends and colleagues who are now in South Korea, head waitress Choe Hye Yong made an emotional plea.
"Comrade Kim Jong Un is yearning for all of you to return. We are awaiting your return, unable to sleep or eat. Please hold on a bit longer, gain victory, and come back to our country," she said.
Still wiping away tears, the waitresses walk back through the hotel lobby to the door they came from. Their lives are forever changed. They now face the heavy burden of explaining why their friends left home and didn't come back.
Posted by intuitivefred888 at 5:26 PM